The protags from all the Persona games gear up in uniforms 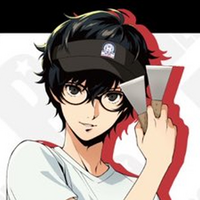 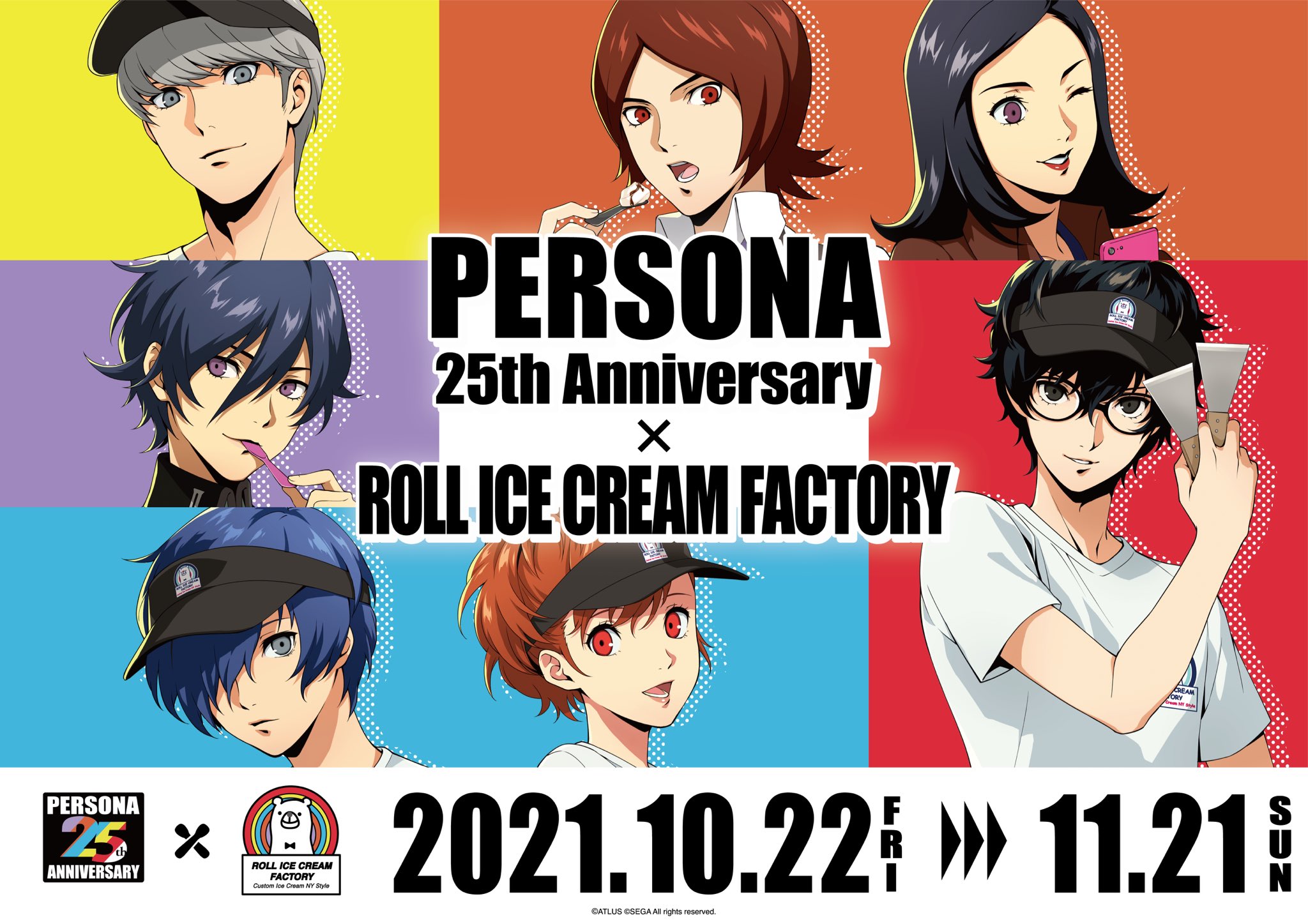 Roll Ice Cream Factory, a boutique ice cream store in Japan that has just seven outlets across Japan in high tourism areas, announced today via their Twitter account that they will be collaborating with the Persona video game franchise for the series' 25th anniversary. A visual of each of the protagonists were released with them wearing the store's uniform. 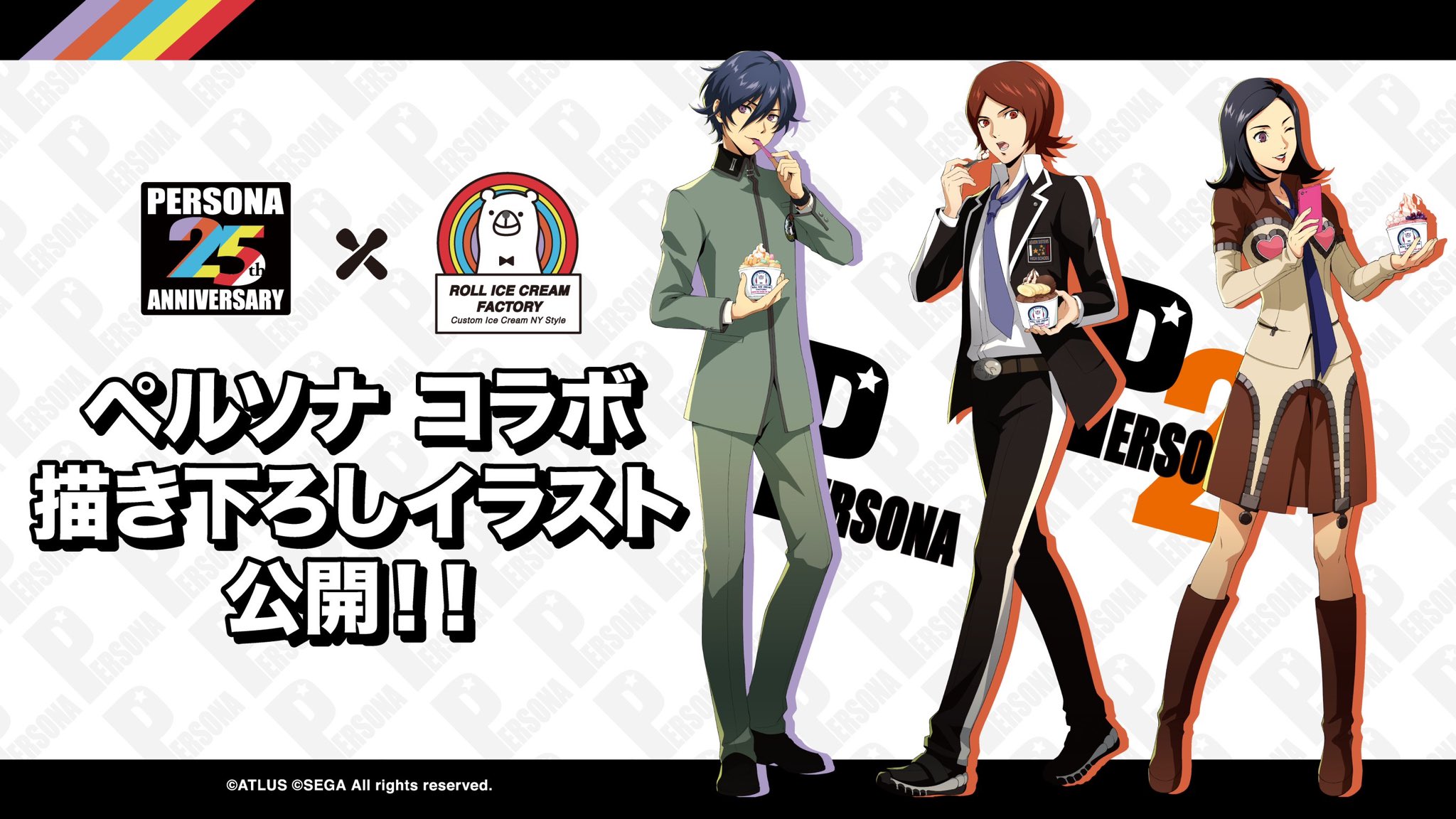 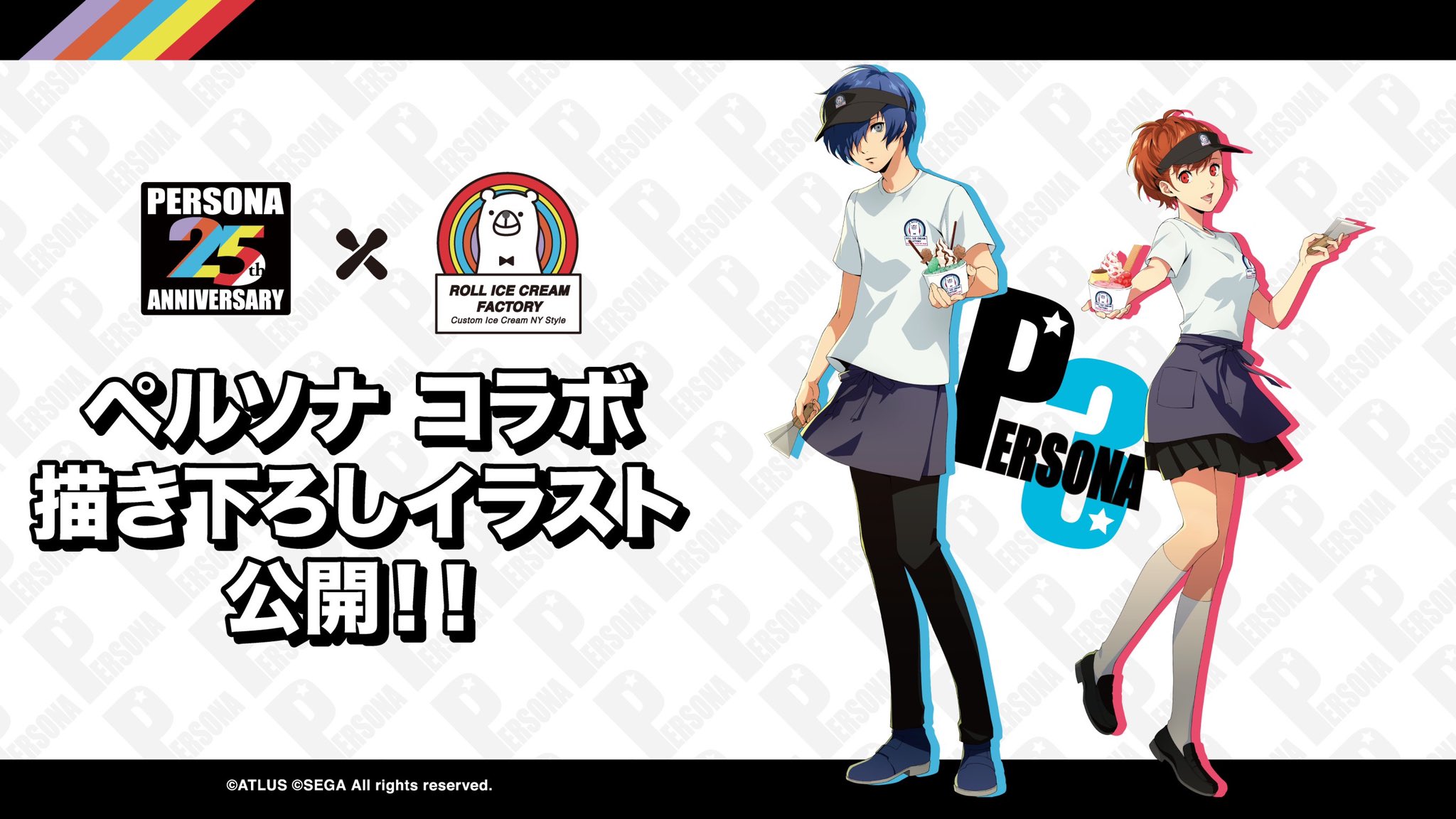 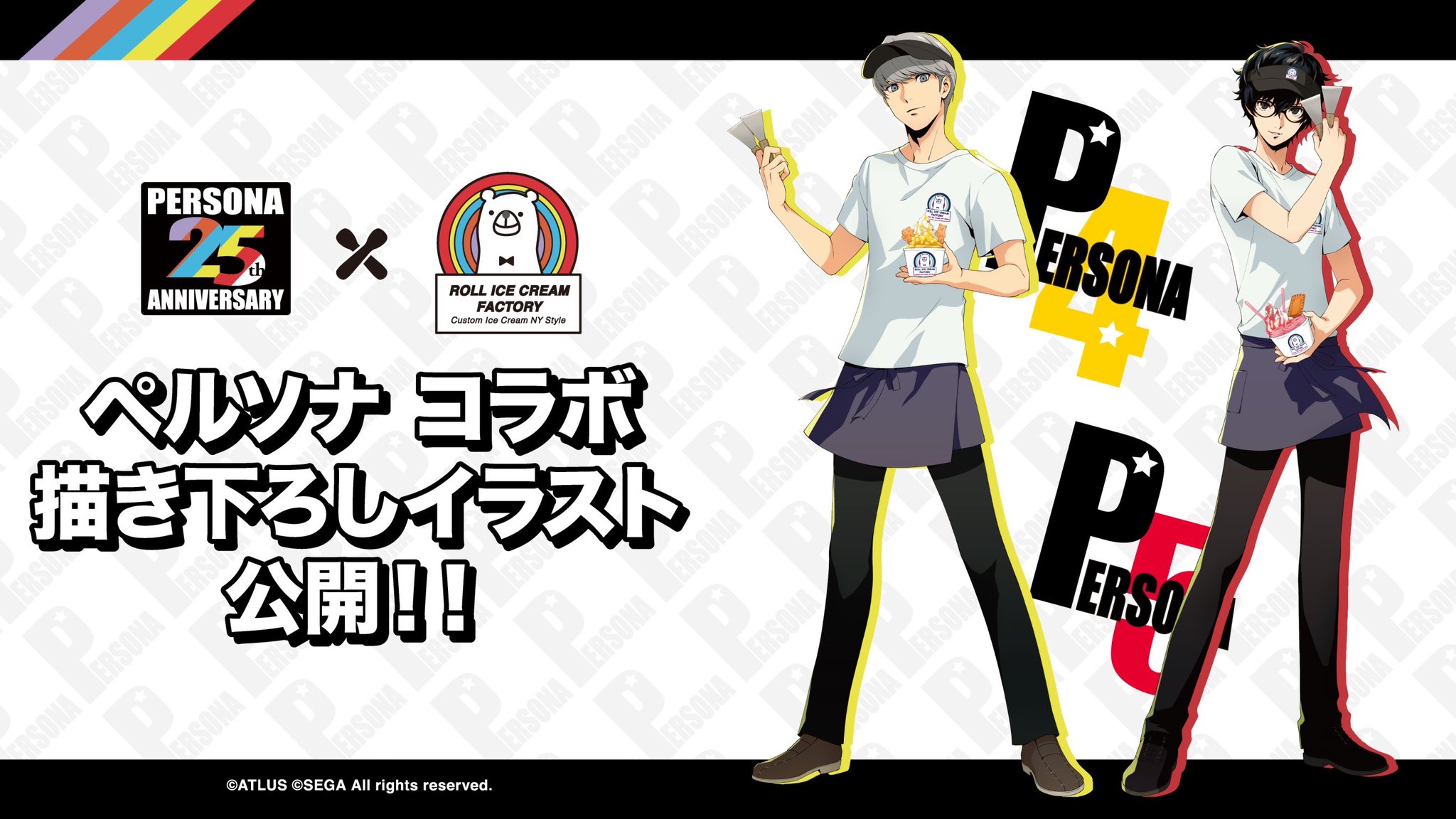 The head Roll Ice Cream Factory store is situated in the trendy area of Harajuku, where the ice cream shop serves rolls of ice cream rather than scoops. The store touts it as "NY style," though the serving style actually originated in Thailand under the name of stir-fried ice cream, this is because the process involved in creating the ice cream has it fried as a sheet at -30°C and served in a cup.

Goods with the Persona visuals will be announced at a later stage. The collaboration starts on October 22 and runs until November 21.