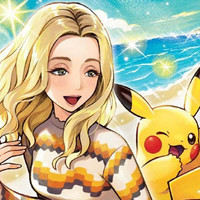 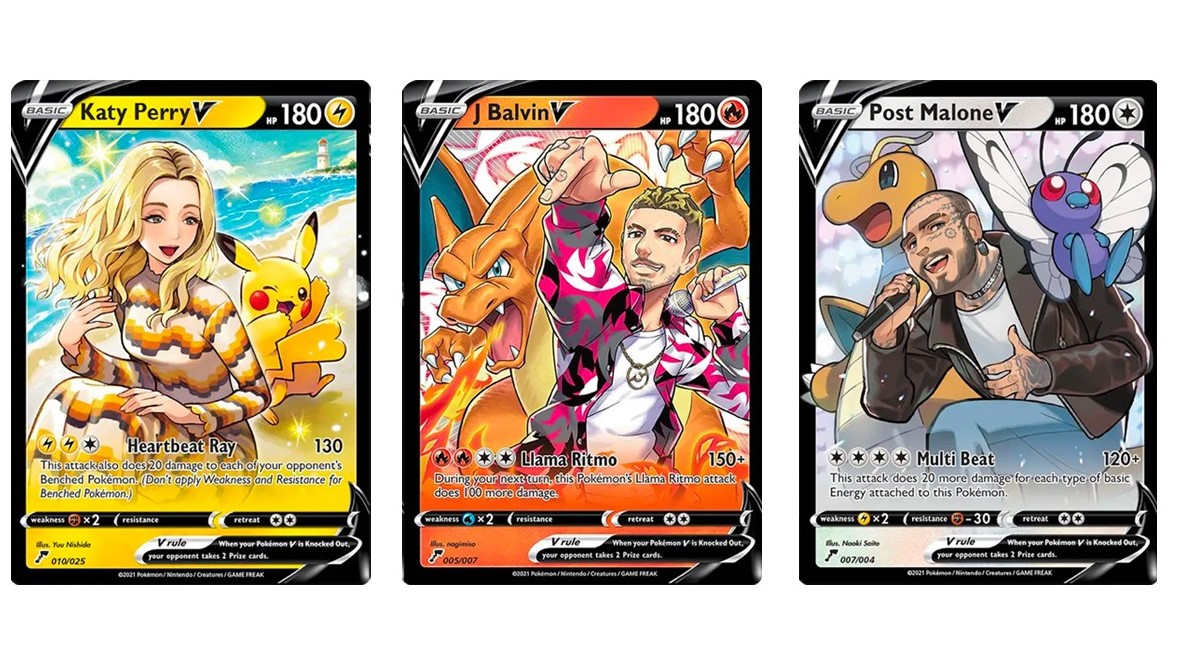 To celebrate the release of the Pokémon 25: The Album major label partnership with Universal Music, The Pokémon Company has rvealed a set of three artist-specific trading cards as a tribute to the artists featured on the soundtrack. Each card features illustrations of the artists accompanied by fan favorite Pokémon.

The cards feature 180 hit points and card numbers that correspond to the birthday of the respective artists, Post Malone (July 7), J Balvin (May 7), and Katy Perry (October 25). No word yet on whether they'll be released into circulation as official cards in the future, but the star power alone might make TPC consider the idea. 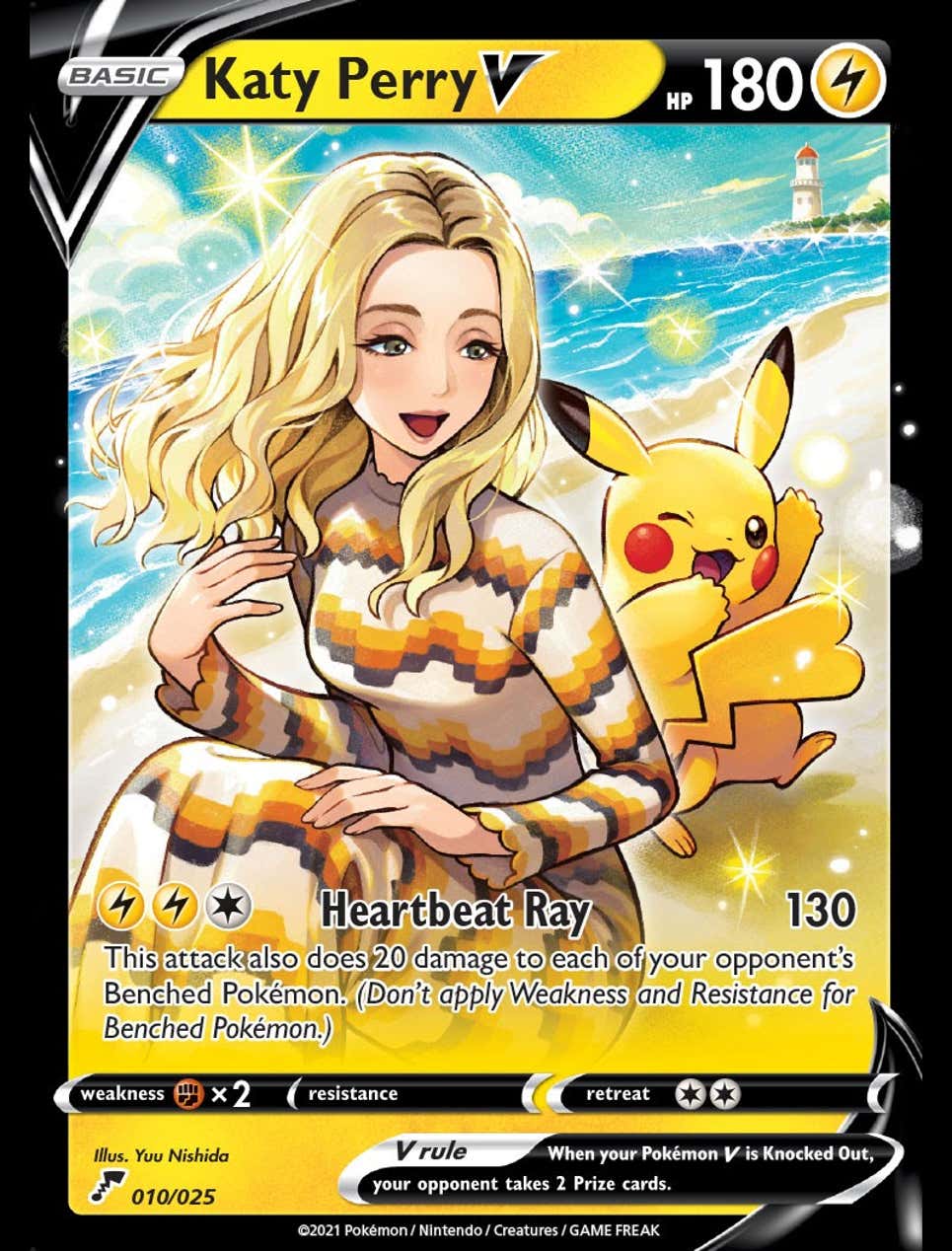 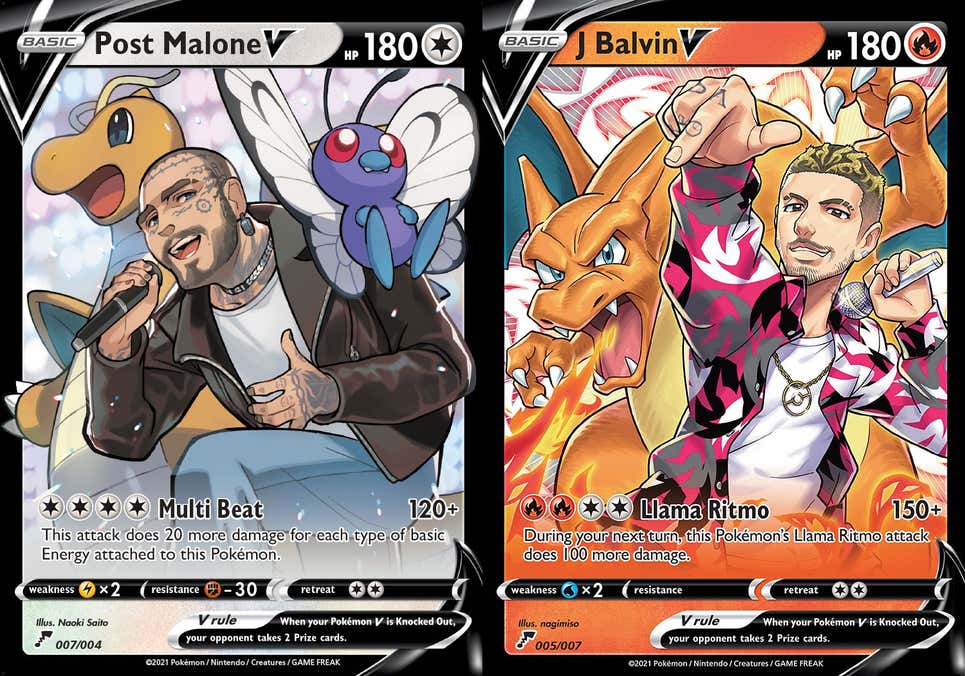