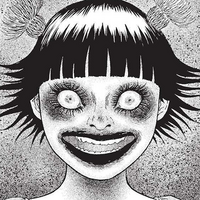 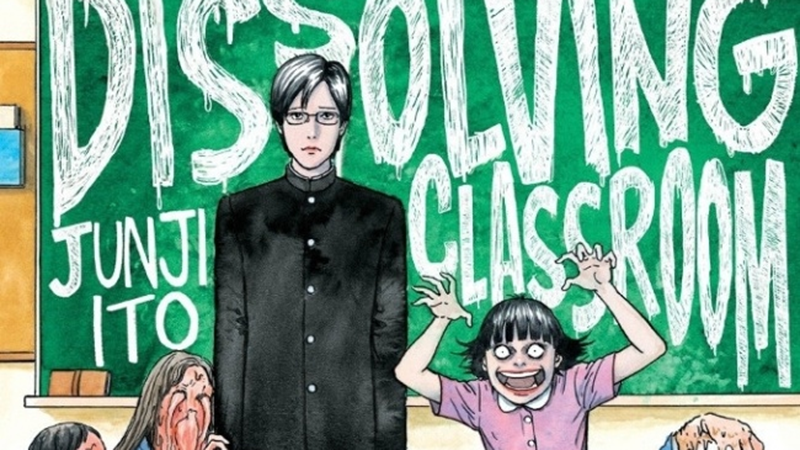 Junji Ito's Dissolving Classroom managed to, as all his work does, hit us with scares from an unexpected angle. The short series turns public apologies into (literally) brain-melting terror. If you want a little of that terrifying goodness in your home and in your wardrobe, Village Vanguard has you covered. 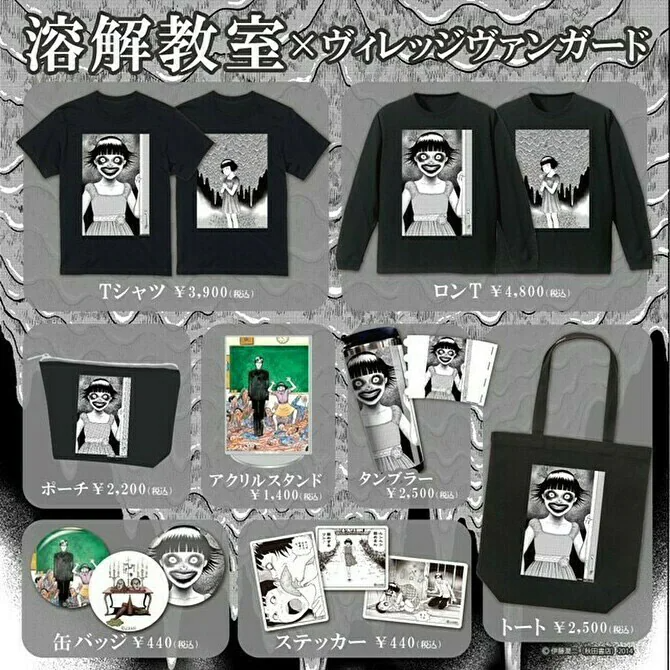 The anime merch site is teaming up with Ito to release a series of goods using art from the manga. The poster girl for the merch line is Chizumi, the adorable little girl who drinks people's brains after her big brother liquefies them. Wear her sweet and not at all disturbing face on a tee or long-sleeved shirt: 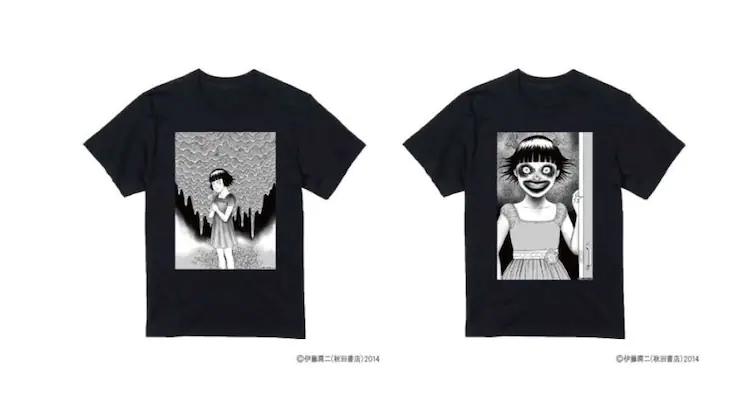 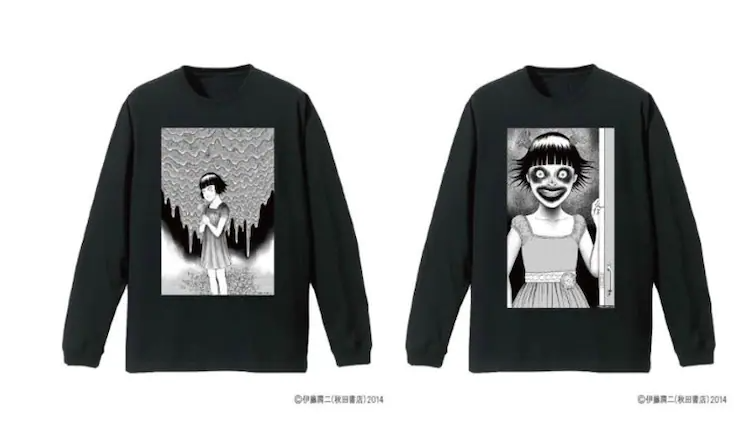 Or take her with you everywhere on a tote bag, pouch, and tumbler: 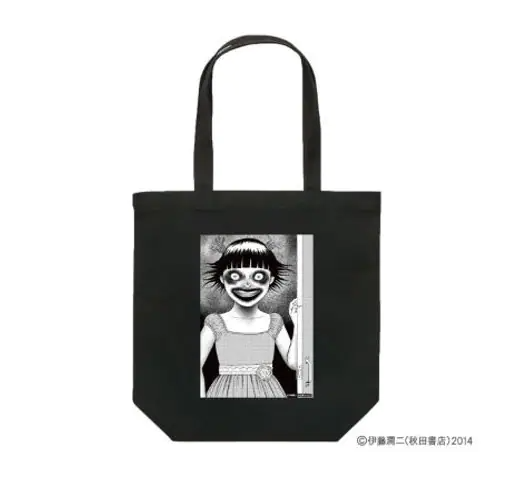 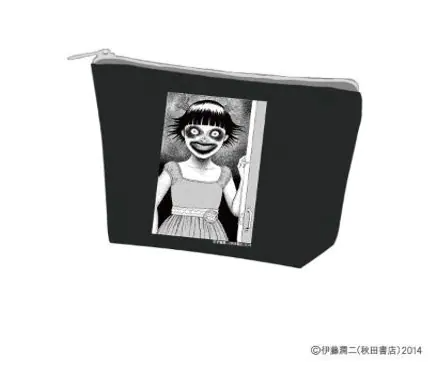 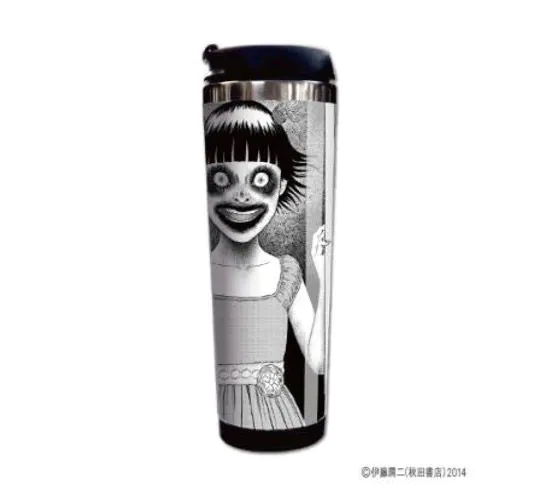 There are also stickers and pins featuring moments from the manga, including a lovely picture of Yuuma and Chuzimu's parents(' heads):

And an acrylic standee recreation of the manga cover: 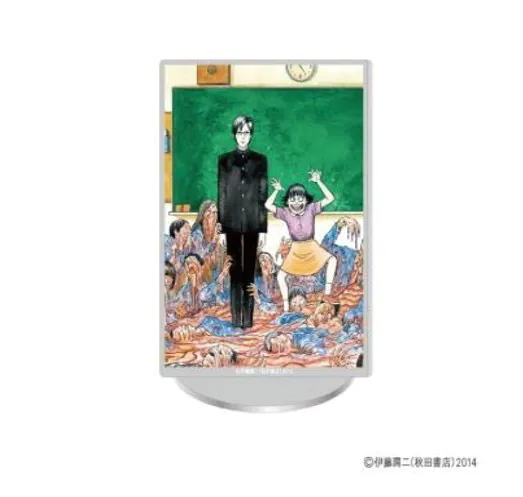 Pre-orders are open on the Village Vanguard website until December 5, and shipments will roll out starting in late January.

Dissolving Classroom was published in 2014, and details the demonic acts of siblings Yuuma and Chizumi. It is available in English from Kodansha.