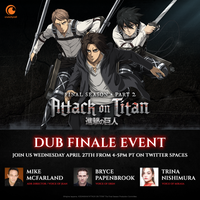 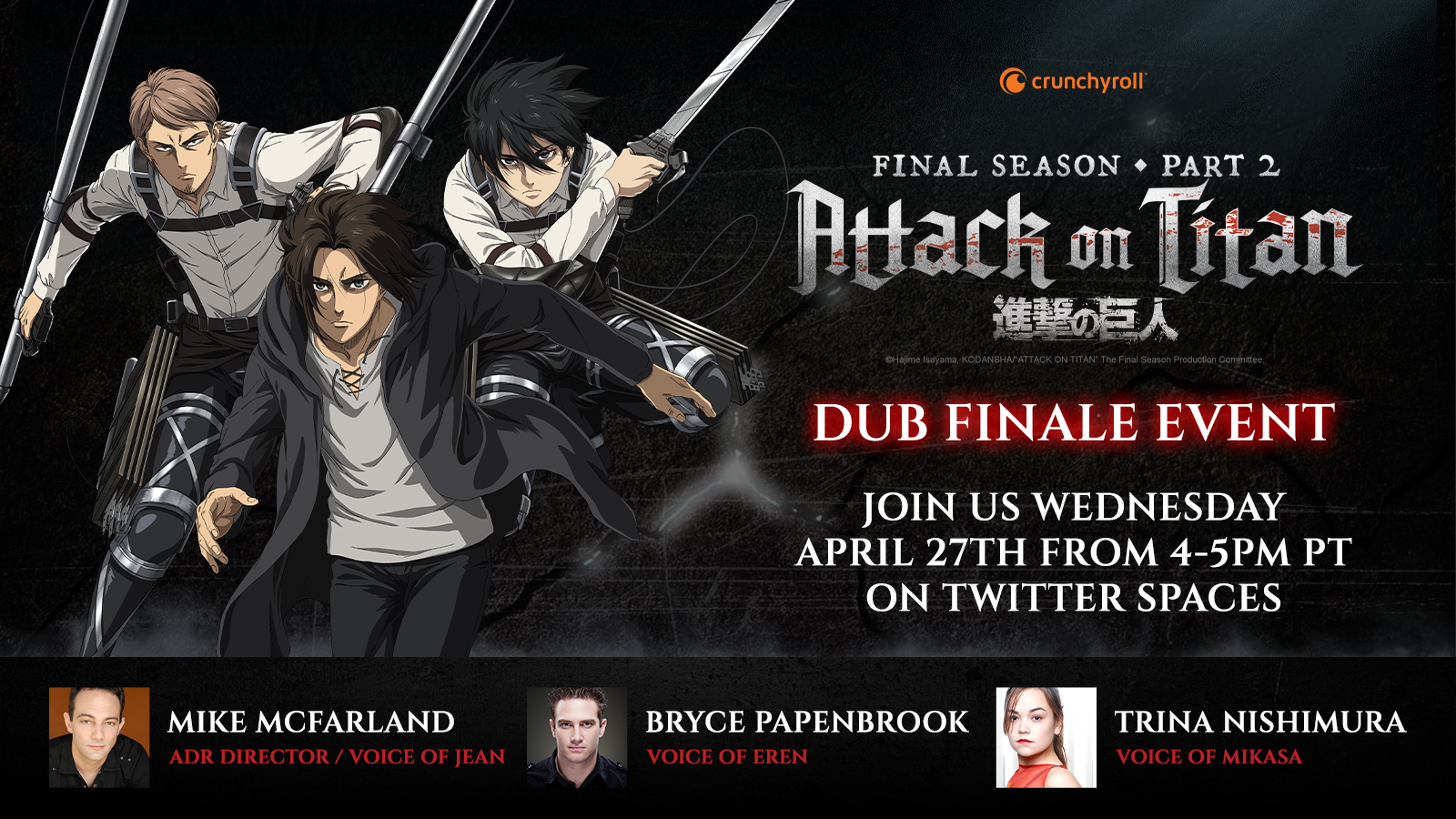 The Attack on Titan Final Season Part 2 English Dub finale is airing this upcoming Sunday, and to celebrate Crunchyroll will be hosting a special event on Twitter Spaces on April 27 from 4-5:00pm PT featuring Mike McFarland, Bryce Papenbrook and Trina Nishimura! Questions for the event and the voice cast can we tweeted using the hashtag #AoTENDubFinale.

Get ready for the epic dub finale of Attack on Titan Final Season Part 2 by joining our first-ever Twitter Spaces event!

Tune in for a Q&A with the English voices of Eren, Mikasa and Jean on April 27 from 4-5 PM PT. pic.twitter.com/zdlToJymS5

While you wait for the event, you can watch all previous seasons of Attack on Titan both sub and dub right here on Crunchyroll. Attack on Titan Final Season Part 3 is scheduled for 2023.