Surpasses Pokémon: The First Movie as the 8th highest-grossing anime film of all-time 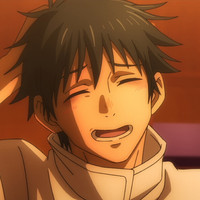 JUJUTSU KAISEN 0 concluded in Japanese theaters a little under a month ago and while it is still having some special showings around the world, Oricon has announced the current worldwide box office total for the blockbuster anime film, confirming that it has made 24.25 billion yen (around US$180 million) around the world.

Breaking up the numbers, 13.75 billion yen (US$121.15 million) of JUJUTSU KAISEN 0’s worldwide box office is from Japan, while the remaining 10.5 billion yen (US$78 million) is from 80 countries where the film was screened over 8,000 theaters. 9.9 million tickets were sold for JUJUTSU KAISEN 0 in theaters outside of Japan, with 9.8 million tickets sold for the film in Japan alone.

Note that the US dollar amount is only a reference and not wholly accurate to the US amount earned by the film. This is due to the massive drop in Yen to the US dollar over the last month or so.

While Crunchyroll has already reported that JUJUTSU KAISEN 0 is the 4th highest-grossing anime in North America, taking over the spot from Dragon Ball Super: Broly, with this report, it can be confirmed that JUJUTSU KAISEN 0 is now the 8th highest-grossing anime film of all time around the world, surpassing Pokémon: The First Movie and behind  Stand by Me Doraemon.

Crunchyroll streamed the first season of the JUJUTSU KAISEN TV anime as it aired in Japan, later releasing an English dub for the series as well. Crunchyroll released the prequel anime film JUJUTSU KAISEN 0 in North American theaters on March 18, with the United Kingdom, Ireland, Australia, New Zealand and select European countries getting screenings through March and April. Special screenings of the film are currently occuring in countries around the world.

The second season of JUJUTSU KAISEN will be premiering on Japanese TV in 2023 with MAPPA confirming that they will be returning as the anime studio in charge, though no premiere date has been confirmed as of yet.