An Interview with Singer Mashiro Ayano! 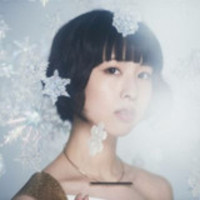 Mashiro Ayano was on site at Anime Expo 2017 after her performance in the Anisong World Matsuri concert. Her popularity has exploded among anime fans around the globe for her love of anime and her hit singles that have been used as theme songs for a number of anime including Fate/stay night: Unlimited Blade Works, Gunslinger Stratos, D.Gray-Man Hallow, and Re:Creators. Miles Thomas had the opportunity to ask Ayano a few questions about her music, traveling abroad, and, of course, anime.

Miles Thomas: It’s so nice to meet you. Crunchyroll is the number one anime site in most of the world outside of Japan. I’m very happy to be able to talk to you today so I could share your words with all our fans.

Mashiro Ayano: Thank you very much.

You are very popular with our users.

Is that so? *Laughs* You’re a little red right now.

So you grew up in Hokkaido. How did that influence the way that you make music?

I still live in Hokkaido. Whenever I go to Tokyo or America or any countries overseas, I feel how wonderful my hometown is and sometimes I write down some lyrics and try to deliver those feelings during my living showings.

No, I’ve always wanted to be a singer, but the place I was born and raised has many amazing vegetables. Really fresh and very tasty. My favorites are celery and shiso!

Who are your favorite singers to listen to?

I like L'Arc-en-Ciel. I’ve been a fan of them since I was a kid. I’m always sifting through their performances thinking maybe I can learn something I can take to the stage. I respect them very much.

Did you find out about L'Arc-en-Ciel through anime?

The way I discovered L'Arc-en-Ciel was through a TV show, but not anime. Since their music is very melodious and beautiful I feel like that has something to do with anime as well.

I find that so interesting. Here in America it’s very hard to find new J-rock or J-pop artists without anime. Anime is usually the first opportunity we have to hear them.

I agree with you. It might be hard to dig into that kind of niche market. There are TV shows in Japan that cover older genre music but I guess it’s not really distributed the same way to a fan in the states.

When did you realize you wanted to become a singer?

I guess there were two points in my life. The first was when I was really, really young. I was tiny. This was back when I didn’t really remember too much. I grew up in the countryside of Japan and really enjoyed a TV show with those artists and had this childish dream like “I wanna be like that!” That’s the first point that I had the vague thought.

What solidified it was in High School when I watched Fate/Zero and the theme song really touched me and made me feel like I wanted to become an anime song singer. Around the same time it was becoming a big phenomenon in Japan, so that was great timing for me. Since then, I’ve been trying to be that kind of singer, but I also like listening to J-rock like Visual K.

You wanted to get into singing anime music, but what anime do you like to watch the most? What’s your favorite series?

I have a lot of favorites but my absolute favorite is Puella Magi Madoka Magica. Not only are the characters really cute but also it describes the girl's emotional aspect in depth and the darkness deep inside their hearts. It was portrayed really well. I was really moved! I was so into the anime and I watched the movies as well!

Your outfits on stage are very stunning and unique. How involved are you with your own stage fashion and how important is that to your performance?

Each song I perform has a theme color which acts as the foundation for how I dress. From there I talk with the designer about the details and shape of the dress, the silhouette and lines during a stage performance. We repeat many fittings. I personally like chokers and shiny neck link stuff so those affect my choices for the selection. Nice outfits definitely affect my motivation on the stage.

What do you like to do in your time off while you’re touring?

In general, I like to go shopping by myself or watch a movie. The very first CD I bought with money from chores was the theme song for Gundam. I think it might be a rare thing for girls in Japan to like that kind of thing since it’s mostly boys that enjoy it. I enjoy crafting and creating things so I actually like building models by myself and sometimes I feel the urge to watch more Gundam.

Is there anything you’re looking forward to eating or seeing while you’re here in America?

This is my second time in the States. The first time it was really hot out and I went to Santa Monica beach and got all the basic tours here and there. When it comes to food it’s been kind of difficult to go on an adventure due to scheduling. I want to go on more food adventures! Especially for a hamburger!

Your popularity exploded in the past few years. You’ve performed and are loved all around the world. What is it like having fans in so many different countries?

I never imagined when I became a singer that I would become famous all over the world. I got my passport after I became a singer so I didn’t know what the world was like. Whenever I go outside Japan, I feel like Japanese culture has really spread across the world. I’m really grateful that I can feel during my performances and personal interactions. It’s so much fun enjoying these experiences and there’s still so many other places to go, even in the United States, to meet my fans through music and anime!

Is there any message you want to give your fans in the places you haven’t visited yet?

I’ve done a lot activities in Japan between touring and live shows, including a monthly live show, but I would like to do a solo show tour in the States or other places overseas. I want to polish my skills and show my performances to fans I haven’t met yet. I’d like to be able to tell fans in those places “please come see me then.”

You’re very ambitious. That’s a wonderful goal. My last question. Since Madoka is your favorite anime, if you were offered a contract to become a magical girl, would you take it?