The Good, The Bad, and the Shiraishi: Golden Kamuy is a Western?! 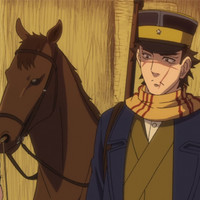 With the lure of mysterious, life altering riches hidden away by a criminal mastermind, a post-war soldier looks to turn his misfortunes and woes around by finding the gold… or die trying! Along the way, he meets up with some mysterious outlaws, tussles with soldiers unwilling to let the glory and carnage of war go, and befriends an indigenous girl who he decides to help recover the gold and find her missing father while learning to survive in the wild from her. If you read that and started thinking of Golden Kamuy, you’re obviously right, but if you read any of that and thought it sounds kind of similar to stories like Red Dead Redemption, Shane, A Fistful of Dollars, Unforgiven, True Grit or Once Upon a Time in the West, you might be onto something: Golden Kamuy is a Western! And not only that, but we think Golden Kamuy is the GREATEST anime Western of all time! Saddle up and get ready to ride into the wild Hokkaido yonder! 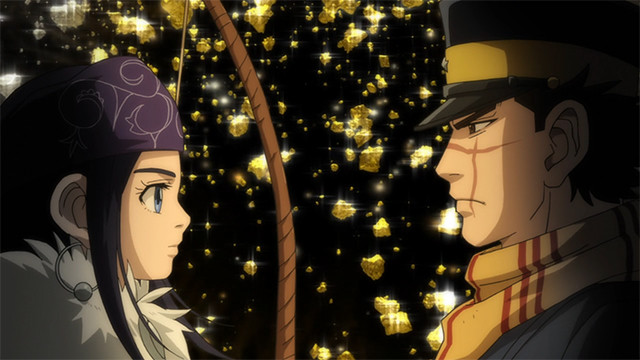 Western movies are not fairly popular today, but they used to dominate the Hollywood landscape, influencing filmmakers from around the world, and in turn being influenced by them! Sergio Leone’s great Spaghetti Westerns could never really have taken shape without influence from Akira Kurosawa’s Yojimbo, and the Magnificent Seven drew heavily from Seven Samurai. Films like The Searchers and Once Upon a Time in the West became classic films, cementing many Hollywood actors into legendary stars through their roles. Other actors, like It’s a Wonderful Life’s Jimmy Stewart, got their start and fame through Western movies, while resident Ronald Reagan rode his Western acting roles to fame and later the presidency.

While the Western has a stereotype of being linked to being an “American-only” genre, their conventions are broad and universal: lost souls searching for meaning in a new land, wild gunfights without the rules of society to hold them down, lawlessness and law fighting one another, exploring the untamed and vast wilderness, and of course, lots of gold! Even the idea that Western movies are just about dusty cowboys shooting each other at high noon is a misunderstanding; many Westerns ventured into mountains, plains, frigid climates, and even outside of America itself! Anime has had a small share of Western titles in the past, most notably Cowboy Bebop, El Cazador de la Bruja, and Trigun, many of which added sci-fi or semi-futuristic flair to fill out their world. But there aren’t many ‘traditional’ Westerns set during the turn of the 20th century, featuring a ragtag band of survivors and outlaws looking for fame and fortune… until now! 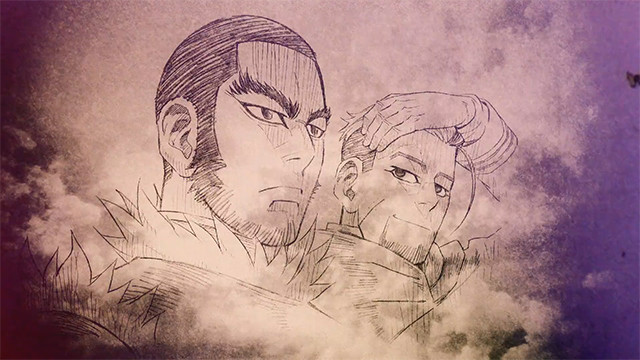 So what makes a Western? Well, there are so many various types that it can be hard to pin down! There are Westerns devoted to pastoral, romantic images of settling the untamed wilderness, Westerns about scoundrels and gunslingers, and Westerns about the realities and harsh nature of life in the West; there are even Western comedies and parodies. That said, a Western usually features a lone protagonist who either ends up searching for lost riches, fighting bands of roving bandits and thugs, or otherwise trying to make a living in the wild west. Many of them tend to be either mysterious wanderers, returning soldiers, guns for hire, or otherwise unattached individuals who seem to have nothing left to lose, and everything to gain! In Golden Kamuy, this rings true for Sugimoto, who upon returning from the Russo-Japanese war is simply looking for a way to earn some money so he can return to his dead friend’s wife, Umeko, and pay for her eye treatments in America. Sugimoto is haunted by the demons of war, keeping to himself the things he saw and experienced in order to come back alive, preferring to storm forward as much as possible rather than look back. Like most Western heroes, Sugimoto is serviceable with a gun, although not quite the crack shot that other characters are! Sugimoto’s grit and determination to succeed are what really fill out his role as a Western hero; you can’t kill an immortal, after all! 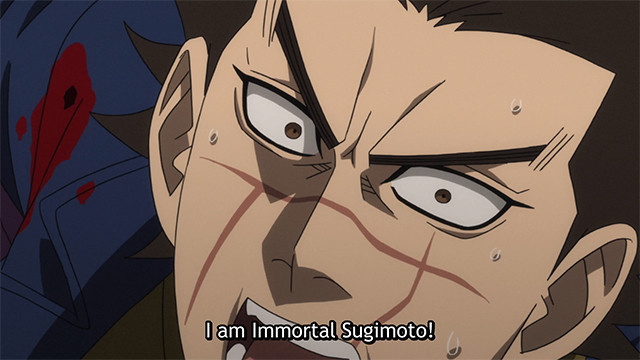 Sadly, many classic Westerns today are marred by their less-than-ideal depictions of indigenous Native Americans, usually relying on stereotypes and massive mischaracterizations of the realities of American expansion into the West; even Westerns that attempted realism or less idealistic stories tended to still cast “Indians” in disparaging roles. In this circumstance, Golden Kamuy surpasses other Western-style stories in its depictions of the Ainu, particularly through the character of Asirpa. The Ainu are depicted humanely in Golden Kamuy, and the show goes to great lengths to portray their culture and traditions authentically, from food to language. Asirpa is a strong-willed and capable hunter, determined to find her father and the Ainu gold, and while younger than the rest of the cast, happens to be one of the fiercest and battle-ready companions Sugimoto has. Westerns often feature duos working together, like Butch Cassidy and the Sundance Kid, and Sugimoto and Asirpa are a deadly and heartwarming pair of friends committed to seeing each other succeed. 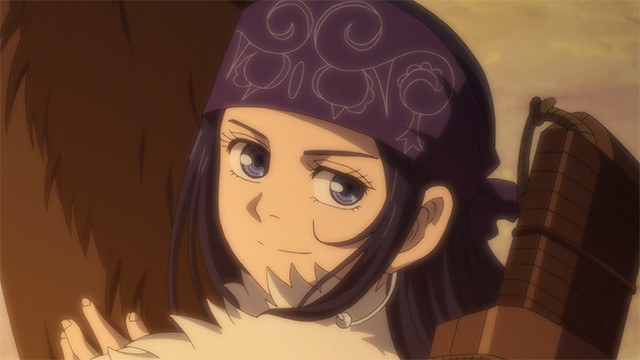 Of course, Westerns also have their fair share of rascals, rapscallions, and bandits, and the escaped convicts of Abashiri Prison are almost too outlandish in their dastardly ways. While some, like Hijikata, are seemingly more normal and noble, the rest of the lot are a mixture of murderers, serial killers, thieves, and other dangerous types that would easily fill out any rogues gallery. But one thing Western films do well is make these types of characters loveable and endearing in their weird, rough, outside-the-lines of society ways, and Golden Kamuy does that to a T, making even the likes of serial killer Henmi oddly charming. The main crew of convicts that circle Sugimoto’s group are the most eccentric, as if coming to life from a grindhouse Western film, with the likes of “Professor Penis” Ushiyama Tatsuma, a man with hardened bones in his body that make him nearly impervious to bullets with a physique to match, Ienaga, a woman who has... interesting... taste in dietary trends to keep her beauty at the cost of other’s lives, and of course the lovable (or detestable) idiot Shiraishi, a man with no brains but the ability to escape any situation except his own idiocy. The Abashiri convicts add a layer of outlaw flair to the series, as Sugimoto becomes a bounty hunter of sorts, looking not to bring them to justice, but to collect their tattoos! 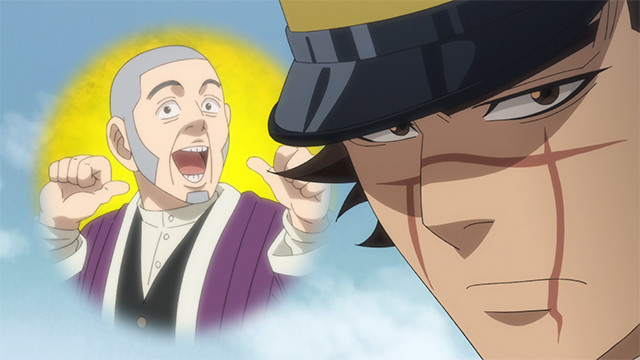 Many classic Westerns are set not just in the rolling wilderness of the west, but also following the end of the American Civil War. Following the divide of the country, the West became a refuge for the lost and the damned, of those fleeing persecution, and of those hoping to start fresh. In Golden Kamuy, the Russo-Japanese war has just ended, and while Japan wasn’t in a fractured civil state, the outcome of the war left numerous soldiers lost and without a cause or reason to do anything but look for new wars. The soldiers of Golden Kamuy fit into these similar roles as many Western films, from the crazed and war obsessed Lt. Tsurumi and his fanatical 7th Division--men looking to start and continue endless war as the only way to rationalize their existence in the world--to Sugimoto, a man with survivor’s guilt and PTSD looking to atone or find a reason to keep going.

Then there are men like Ogawa, a devilish and cunning sniper who may just be playing all sides against each other in order to see who comes out on top… so he can replace them! Tanigaki is another man called to war, who finds his role following the fighting to be one where he looks to reconnect with his roots, finding solace in the Ainu, similar to his own Matagi. That says nothing of the old soldiers in Hijikata and Shinpachi, men who perhaps lived too long and, while their desire to reclaim Japan’s glory days may seem impossible, fight with the fury of a thousand men to see it brought to fruition! 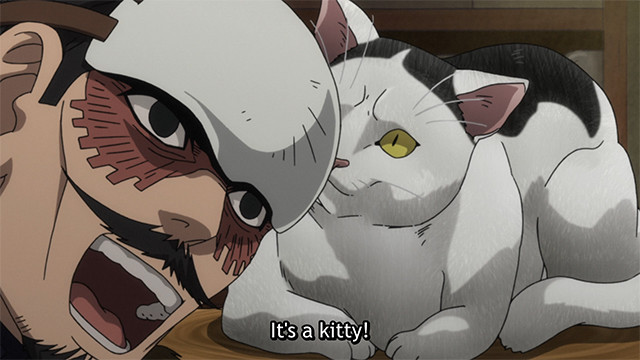 Of course, no Western would really be complete without, well... the West, and Golden Kamuy uses its setting of Hokkaido to take advantage of this. Many Western stories took place across the vast stretch of land west of the Mississippi, meaning not every story was a desert tale, but instead featured vast and diverse terrains including forests, grasslands, and even the cold north of Alaska and Canada. Golden Kamuy takes the wild very seriously, as the characters not only learn to survive off the land due to Asirpa’s hunting skills, but they also learn that nature can be a furious and untamed power, capable of easily felling the strongest men in a single blow! More pastoral Westerns would focus on the beauty and calm of the untamed wilderness, and Golden Kamuy has its share of that too, featuring the then not yet developed forests, mountains, and other areas of northern Japan’s wilds. The cooking and food elements of Golden Kamuy are not out of place here either, as many Westerns described how wanderers, natives and settlers learned to eat, live, and survive off the land, developing unique mixtures of food cultures and new ways to prepare and eat wild animals. 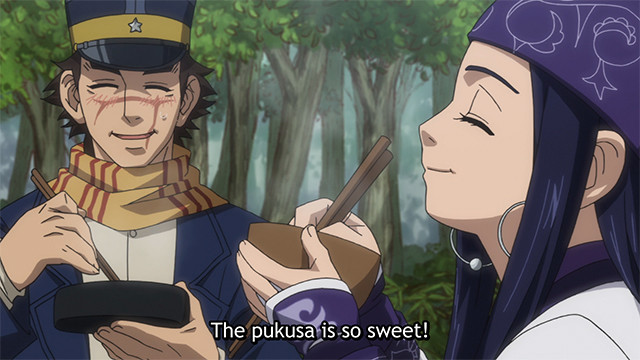 Golden Kamuy isn’t just a Western, though, it’s the best anime Western ever! Golden Kamuy takes everything that makes a great Western story, and cranks the dial to eleven! Sugimoto isn’t just a brooding loner, he’s a loud, determined, potentially crazy soldier hunting down some of the most dangerous (and easily just as crazy) criminals in order to take their skins, find the hidden Ainu gold, and hold up the promises he made to his friend before he died and to his partner Asirpa. Sugimoto’s weird gaggle of supporting characters range from a cannibalistic serial killer to a man too stupid to live, and Asirpa turns a lot of Western stereotypes on their head and kicks them right in the butt with her amazing hunting, cooking, and survival skills. And where most Westerns focus on robbing banks or finding stores of gold, Kamuy’s level of gold is so huge that it could topple the Japanese economy, putting any who have control of it into a potential bid for starting their own army, let alone taking over a country! If you enjoy Westerns, there is a lot in Golden Kamuy to love, and if you’re itching for a show to scratch that Western itch after playing Red Dead Redemption 2, Golden Kamuy has what you’re looking for! And while there aren’t many cowboy hats to be had, this anime does have its fair share of interesting headwear... 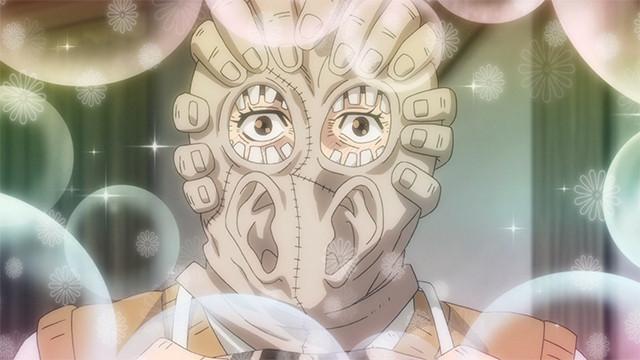 As the second season of Golden Kamuy moves forward, we’ve already met a cast of new and exciting characters, had the tease of Asirpa’s father’s identity, and even potential promise of visits to Russia itself! Golden Kamuy shows no sign of slowing down in its high paced action, and no one character is truly safe from maiming or even death, meaning that the body count is likely to rise before Sugimoto and Asirpa find what they’re looking for. And if Westerns have taught us anything, it’s that these adventures sometimes have a bittersweet ending… But hopefully, the Immortal Sugimoto will prove that wrong in the end! So saddle up, get your favorite camping mug full of coffee, prepare yourself some osom--er, miso flavored chitatap, and settle in for the rest of Golden Kamuy’s wild adventures!

Have any favorite Western style Golden Kamuy moments? Let us know in the comments!