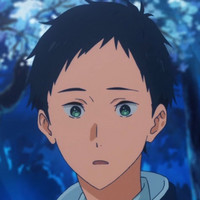 It begins with breathing.

I straighten up, shoulders square, eyes forward, back aligned. Behind me, I can hear my mentor saying, “You have to breathe slowly. There’s no rush. The form is what matters most.”

I’m not really a person for meditation. Anxiety has been a constant surge of pluses and minuses for me - yes, it can keep me up at nights, but it also acts as a defensive mechanism, keeping me on my toes. A year ago, I tried running for the first time and found that it was one of the few things that kept my mind clean and free of any thoughts at all. Half a year later, I picked up archery. I thought it’d be the same, if not more boring.

Tsurune makes a different mark than most sports anime. I find it difficult to even classify it as sports anime, because eight episodes in, and we’ve yet to even have our first rival faceoff. Much of the show focuses on the constant stream of practice and mentorship that’s found in sports anime, but without any of the crazy excitement and adrenaline. With this kind of setup, you’d think Tsurune would be a snoozefest. Archery is hardly an exciting sport, and with no powerups, dramatic twists, and breaktaking battles, Tsurune portrays itself much more as a slice of life and easygoing character drama than a sports anime. 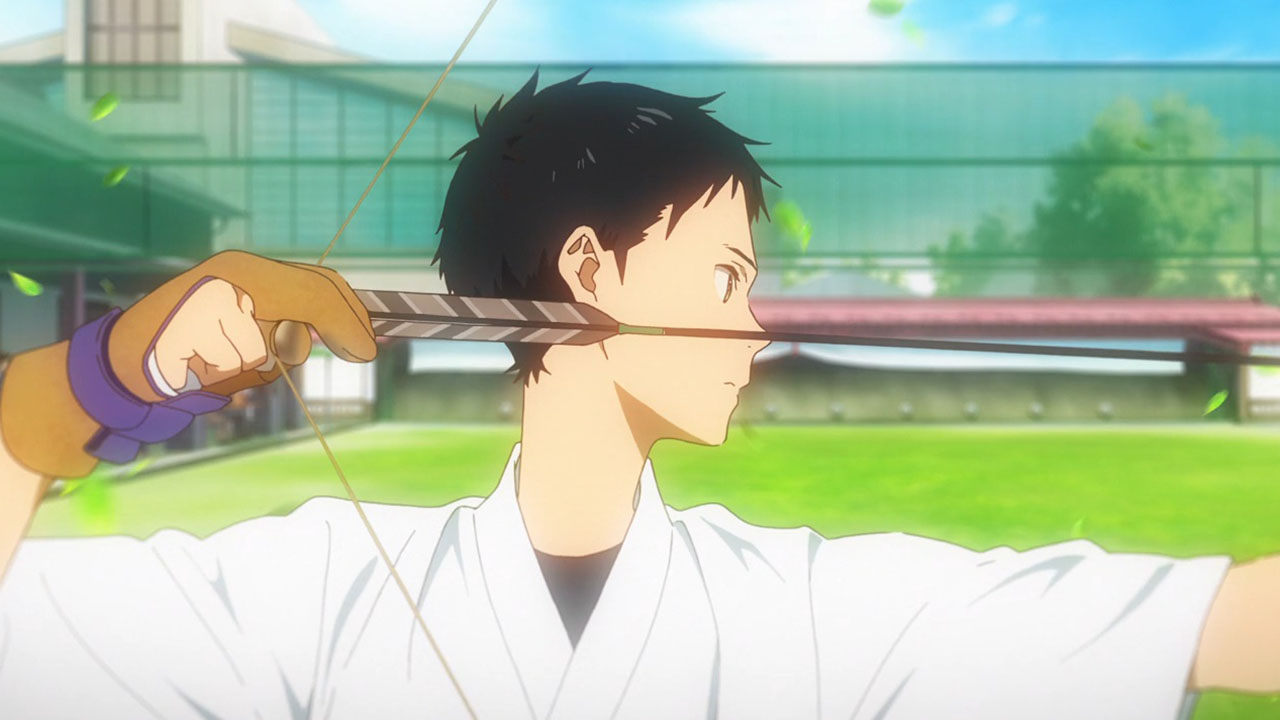 But weirdly enough, that’s precisely what makes it such a great sports series. Contrary to most shows, much of Tsurune is oddly relaxing. Whether it’s the slow development of the cast getting to know each other, or the lack of nail-biting jealousies or rivalries between teams, Tsurune paces itself like a friendly walk: there’s a time and place for everything, and it’s better to enjoy the ride instead of rushing through it. The show understands patience in an optimistic and calming way that few shows do. Even visually, Tsurune focuses on the gleaming, but quiet moments: the fresh breeze of autumn, or the precise posture of archery, or the crips summer day of hanging out with one of your best friends. 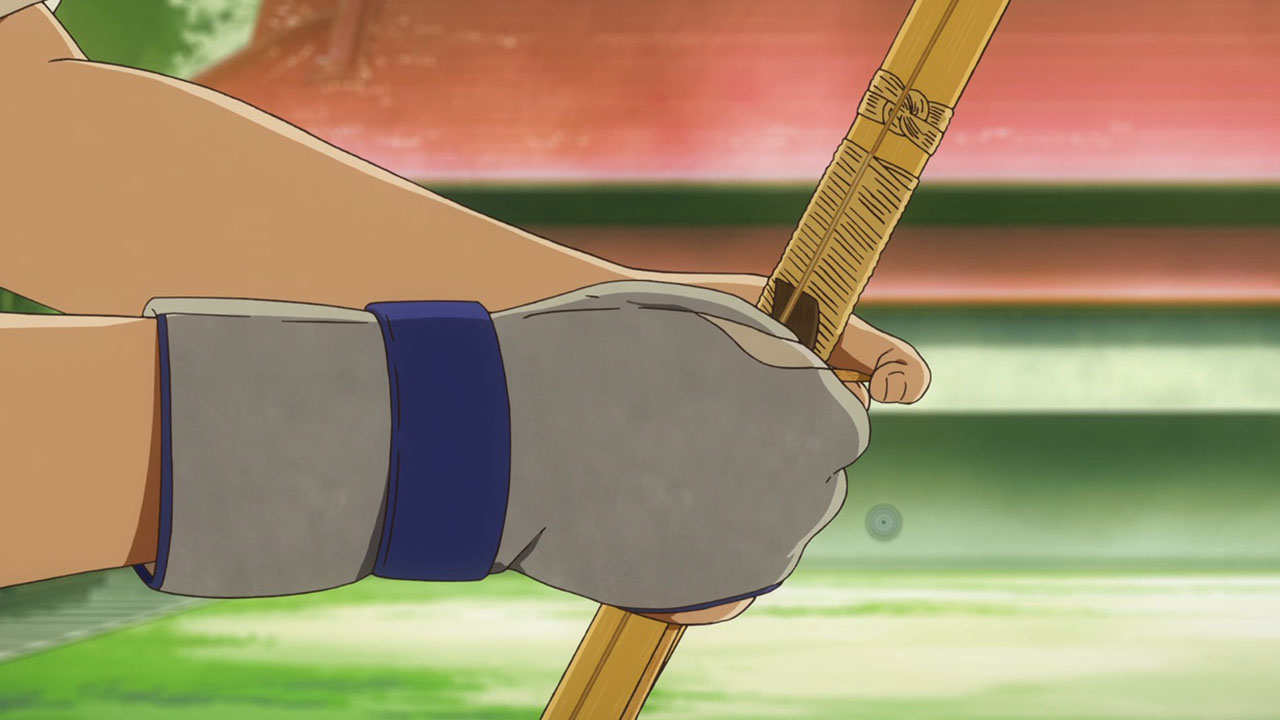 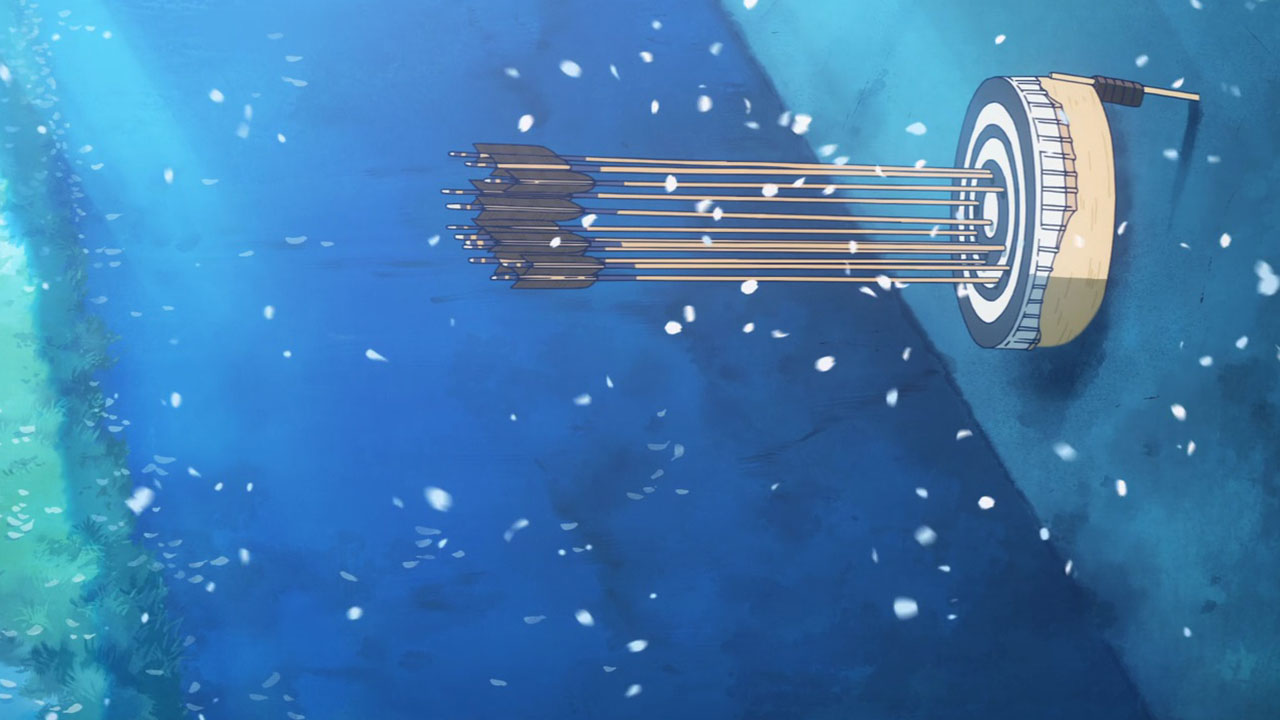 This is important, because well, patience is a woefully underrated lesson, isn’t it? Our main character of Tsurune isn’t some elite pro, or underdog with magical abilities. He is painfully and relatably human: a boy caught up in a torrent of passion for wanting to practice archery, only to crush himself underneath heavy expectations and guilt. Minato Narumiya’s target panic is a clear metaphor for the anxiety we all face in our lives at one point or the other. Whether it’s the crushing weight of having to pass classes and achieve certain grades, or making sure we’re doing well at our job, or even as simple as getting to events on time; anxiety is easily present in many regular circumstances. We all have that critical voice in our head, saying we can’t do it, or it’s too difficult. It’s why sports anime are so endearing: they battle these problems through adversity, inner strength, and endurance. They present overcoming challenges through incredible stakes, high victories, and persistent foes. 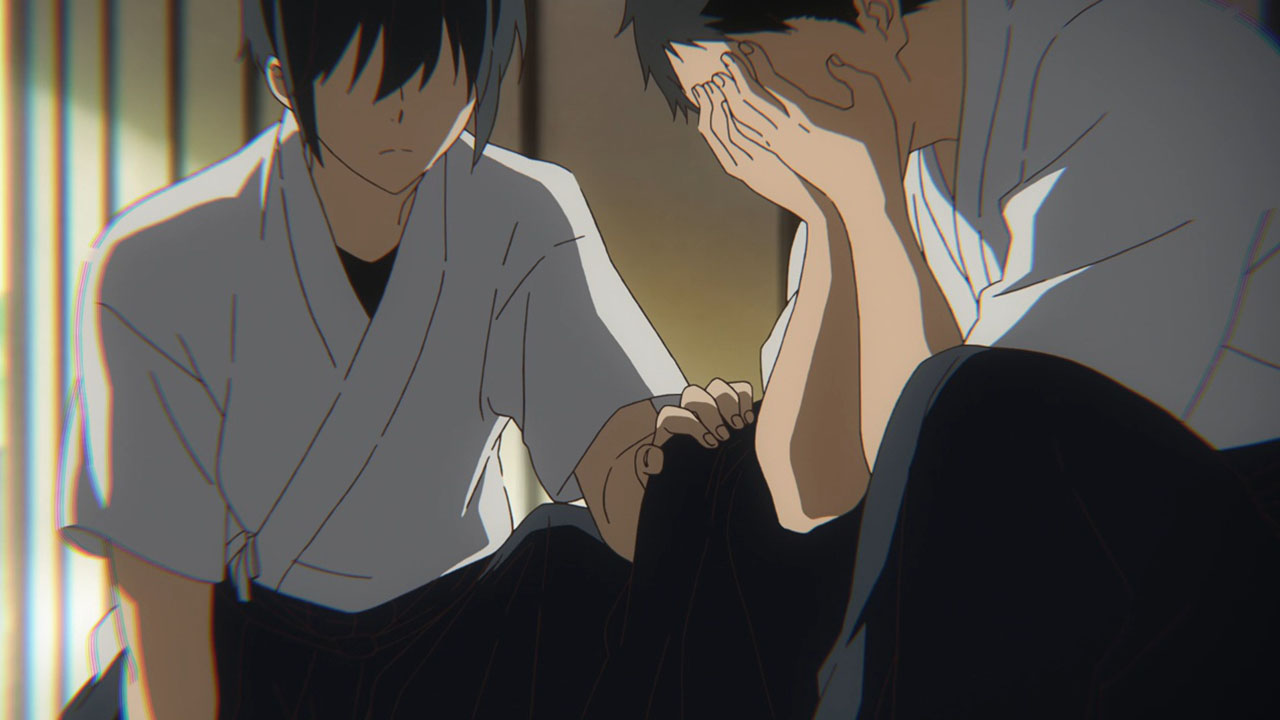 But Tsurune chooses differently. Instead, it exercises the power of patience, both narratively and visually. While many sports anime portray persistence in the face of difficulty, Tsurune opts for the more peaceful option: the path of least resistance. Instead of worrying over your talent, or abilities compared to others, focus on your own personal growth. Instead of rushing to become the best and master every ability, hone in on your fundamentals first. And instead of shunning away any chance in fear of failure, accept what you can’t change and learn to take advantage of any opportunity to become better. Tsurune may only be one cour, but many of its messages are things I’ll take with me even after it finishes, as I too, return to archery in an attempt to find some quiet and peace in my own life.

The arrow is set. I focus on the target. The moment is instantaneous as I let loose and feel the sharp wind against my cheek as I breathe out all at once, letting the arrow fly. I don’t know if it’ll meet its target at this precise moment, but that’s alright. There’s no rush here; just me, this bow, and an attempt to mark victory. There’s always time; another day, another target, another chance for improvement. 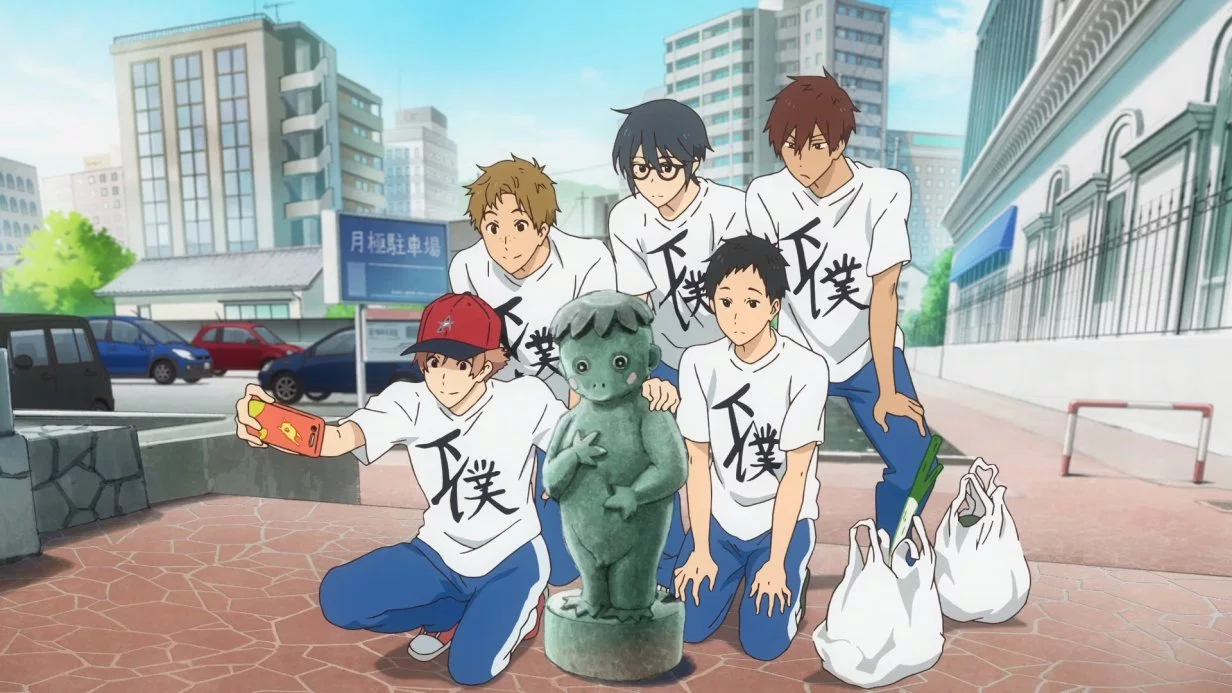