Here are some necessary tools to survive any bizarre adventure, as we crack the spine of JoJo's Bizarre Survival Guide! 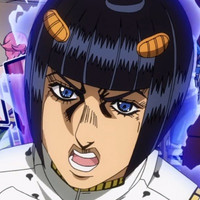 Hello all, and welcome back to Why It Works! I’ve been greatly enjoying this recent JoJo’s Bizarre Adventure battle, as our heroes seek to defeat an enemy driven entirely by instinct in the enclosed cabins of a plane in flight. The battle against Notorious Chase has drawn on influences as diverse as The Thing and Nightmare at 20,000 Feet, but to be honest, the thing that has most stuck out to me was one moment shared by Bucciaratti and Trish. After seeing his allies horribly mangled by this new foe, Bucciaratti rightly reflects that “getting on a plane was too naive.” And in response to this, Trish offers the comforting but entirely untrue “no one could have predicted this.” 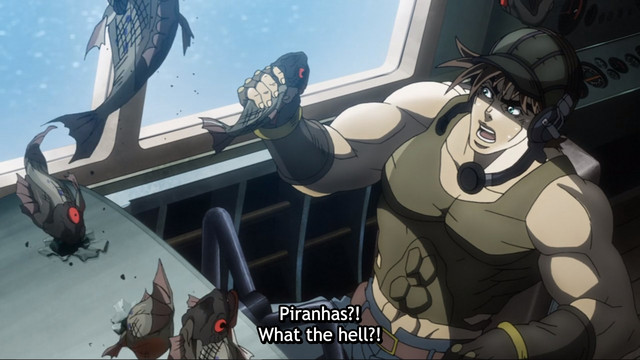 No one could have predicted this? NO ONE COULD HAVE PREDICTED THIS?! Trish, I am terribly sorry, but I’m guessing every single member of the audience predicted this from the moment you all stepped onto that tarmac! Airplanes are well-established as no-go zones in the JoJo universe, with basically every liftoff ultimately ending in a flaming wreck. Never Get In A Plane Ever is one of the key rules to internalize if you hope to survive a JoJo adventure, but it’s certainly not the only one. So for the sake of preventing any future catastrophes, today I’d like to highlight just a few key rules for exploring a JoJo universe. Let’s commence JoJo’s Bizarre Survival Guide!

Don’t Get Near Open Bodies of Water, or Running Water in General

Look at that water bottle. Looks safe, right? WRONG—the water is actually a deadly Stand, and if you consume it, you’ll be murdered in seconds! As it turns out, transforming into some kind of liquid is one of the easiest Stand tricks out there, and even if the liquid itself isn’t deadly, it could easily contain a tiny remote-controlled shark or similar trickery. Plus, what does standing water do? It reflects. And as we all know, reflections cannot be trusted in JoJo space, and are pretty much always looking to kill you. Stay safe: avoid water. 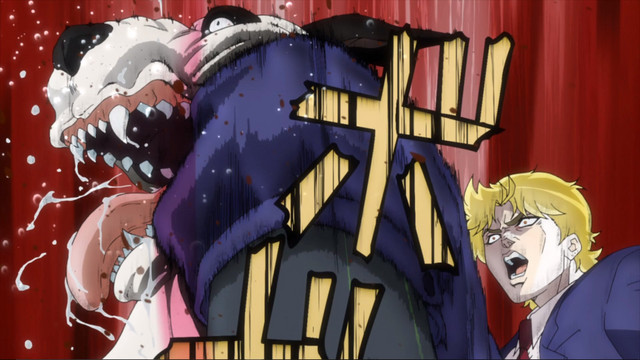 Don’t Get Too Attached to Animals, Particularly Dogs

This one probably goes without saying, as how could a dog ever hope to read this survival guide? Lacking the knowledge to understand they exist only to demonstrate just how evil bad guys can be, dogs and animals more generally are helpless targets within the JoJo universe, and getting close to them will only bring you pain. If you’re going to befriend a dog, at least make sure it can defend itself—and by that I mean less “knows how to bark and scare off other predators,” and more “can summon a sand-based hangglider to protect itself from psychic warriors.”

See that dead body? Don’t touch it. See that weird, fleshy mound? Don’t touch it. See that strangely cat-shaped plant? GET YOUR FRIGGIN’ HANDS AWAY! It’s a well-established fact that things you are touching are much more likely to kill you than things you are not touching, so why take the risk? As we all know, many Stands are actually transferred through physical contact, and many battles are determined by the relative range of specific powers. You can bypass this threat entirely by never being near any suspicious objects in the first place, and you would be very wise to do so! 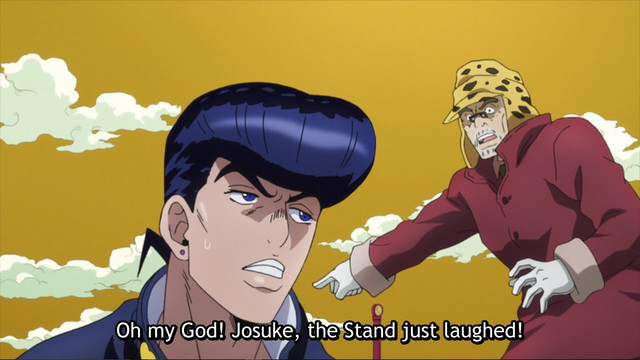 When Someone Says “Something Strange is Happening,” ALWAYS BELIEVE THEM

I can’t tell you the number of times I’ve mentioned getting a weird feeling about a situation, only for my friends to ignore my vague premonitions and get themselves murdered through ironic means directly reflective of their carelessness. You would think actual JoJo heroes would be better about this, but time after time, they’ve proven that doubt directly leads to ruin. Is your friend saying the chairs are trying to eat him? Get the heck out of those chairs! Is your friend confident that baby is evil? Believe him, and ignore the baby’s foul lies. Does the sun feel particularly harsh today? That sun could very well be in cahoots with your most hated foes. Never be skeptical—at any given time, it is quite likely that five objects in your immediate surroundings are intent on killing you, and so always be ready to turn the full force of your power on a given toaster, or lava lamp, or rock.

With these guidelines in hand, you should hopefully stand a chance of surviving the JoJo universe. It’s a harsh world out there, but remember—as numerous and nefarious as your enemies are, they can always be outwitted with caution, strategy, and ludicrously overpowered Stand abilities. Keep your friends close, distrust everything, and never think “that probably isn’t a Stand.” With a little luck, you’ll have a reasonable chance of at least dying less predictably!

What other guidelines belong in JoJo’s Bizarre Survival Guide? Let us know in the comments!