5 Anime Music Groups That You Need To Stop Sleeping On

Time to play the hits. 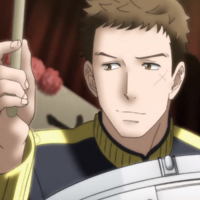 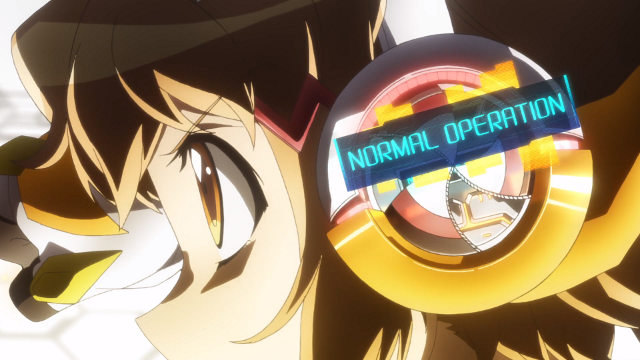 What keeps you watching anime? For some it’s the thrill of seeing Hibiki punch God. For others, it’s unexpectedly nuanced character animation, or end-of-episode plot twists that make you desperate for the next. For me, it’s anime OPs and EDs. Every season I’ve been guaranteed a new avalanche of music videos, and at least one or two of them earn the coveted honor of me watching them every day six times in a row. But now what if I was to tell you that some of the music artists who’ve worked on anime have their own albums, and that some of those albums are very, very good?

Let’s talk about some of the bands featured in anime that easily hold their own weight off the screen.

“KIMI NO SEI KIMI NO SEI KIMI NO SEI DE WATASHI OOOH….OKUBYOU DE KAKKOU TSUKANAI KIMI NO SEI DA YO!” Once upon a time I was just like you, one who has not listened to the theme song of Rascal Does Not Dream of Bunny Girl Senpai. But then I watched the credits for the first time, and…well, it’s over. The song is lodged in the recesses of my brain and will pop back out, at the smallest notice, to play on end for the rest of the day at the least provocation.

"Kimi no Sei" is one of my top anime theme song bangers of the decade, and it was created by an all-female group from Kanagawa called the peggies. They’ve put out three albums so far, propelled by dreamy vocals and crunchy guitars. I tend to gravitate more towards the harder-rocking songs like "Kimi no Sei", but it’s all at least pretty good. And don’t just take it from me: their most recent single was chosen to accompany Kunihiko Ikuhara’s Sarazanmai, joining the ranks of Coaltar of the Deepers and J. A. Seazer in the director’s oeuvre.

Where to start?: Their most recent album is Hell Like Heaven, which features "Kimi no Sei"! But you may enjoy their first album, goodmorning in TOKYO, as well.

I loved the first ED for Dororo, performed by the great goth rock band amazarashi and animated by the fantastic Osamu Kobayashi. But I found the second ED to be excellent as well, a sad and fuzzy ballad set to an out-of-focus mess of sad and fuzzy colors. Months later, I began to see animation fans on Twitter excitedly sharing music videos featuring a J-pop artist known as Eve. So I’m embarrassed to admit that it wasn’t until a few weeks ago that I realized that the Eve hosting these music videos, and the Eve who sang the second ending theme for Dororo, are the same person! The videos on Eve’s channel are all quite different, featuring a murderer’s row of independent and more broadly known animators. But there’s a shared language of apocalypse and adolescent fear that hints at a shared universe connecting them.

Where to start?: You could do much worse than comb through Eve’s YouTube feed for videos that seem cool. I particularly enjoyed this one, which features art direction by Yuji Kaneko (who’s worked on the Little Witch Academia OVAs and Kill la Kill.)

I was excited for the first episode of Stars Align, the new project by Noein: To Your Other Self director Kazuki Akane. But what caught me most off guard in the first episode wasn’t the efficient characterization, or the shocking appearance of the protagonist’s abusive father, but the music. A kind soul on Twitter introduced me to the work of the show’s composer, a Kyoto-based group called jizue that is the best musical discovery I’ve made this year.

Not quite postrock, not quite math rock—music fans refer to them and their kin as “nujazz”—they’re an immediately distinctive band with an extensive back catalogue of work to explore. Of course, the kind of music they specialize isn’t for everyone, and can become wearying over sustained listens. But with their most recent album, Gallery, specifically aiming to spotlight individual members and pull themselves out of their musical comfort zone, there’s a lot of life in them yet. Either way, Akane’s use of their work immediately sets Stars Align apart from the sports anime pack.

Where to start?: Folks seem to really like their second album “novel” from 2012. You could also jump to Bookshelf from 2016.

It’s safe to say that Kenishi Yonezu is a big deal. Since being featured on My Hero Academia’s second opening, "Peace Sign," he’s contributed theme songs to March comes in like a lion, Children of the Sea and the TV drama Unnatural. He’s collaborated with hot artists like DAOKO. Heck, he even co-created an independent music label together with several other stars of the Japanese video site Nico Nico Douga. There’s the catch, though: Yonezu rose to prominence not just through his voice, but on the strength of his work as Hachi, an independent composer on indie videos featuring Hatsune Miku.

It’s a route to superstardom that simply did not exist a decade ago, and Yonezu as much as anyone represents the new paradigm of Japanese pop music. His most recent work is certainly a world away from the less polished, but spirited work that made his name. But his single for Children of the Sea is excellent, bridging the divide between Yonezu the pop star and Yonezu the master of subculture.

Where to start?: Why not go to “diorama,” the independent album he released in 2012?

There aren’t many bands out there quite like Shinsei Kamattechan. They earned their cult following online, posting freaky music videos on Nico Nico Douga. Since then they’ve released a handful of albums, and contributed to theme songs ranging from Ground Control to Psychoelectric Girl to Flowers of Evil to Attack on Titan. In recent years, their work has become a bit more accessible, sanding off the nastiness from their earlier work. But the appeal remains: fantastically catchy tunes coupled with bizarre, often disturbing lyrics.

Shinsei Kamattechan speaks to the same millennial angst that powers the work of manga luminaries like Inio Asano and Natsujikei Miyazaki. Listening to their work can feel like being trapped in the middle of a thunderstorm, but it can be weirdly exhilarating as well. Of all the bands on this list, these guys are my sentimental favorites. Check them out, if you dare!

Where to start: If you’re brave, begin with their sophomore album Tsumanne. You could also try out their later album Eiyuu Syndrome, which is much brighter and poppier but still has some incredible bangers on it.

Of course, there’s plenty of other artists we could talk about. What about Asian Kung Fu Generation and their legion of anime theme songs? What about legendary rock band the pillows, who gave FLCL so much of its personality? What about JYOCHO, who did a fantastic ending theme for Junji Ito Collection? Well, we’ll just have to talk about those next time. Until then, Shiina Ringo takes us out:

What are your favorite Japanese bands? Do you have any favorite bands from outside of Japan that have contributed music to anime? Let us know in the comments!

Adam W is a Features Writer at Crunchyroll. He wrote another post in this vein on the blog Isn't it Electrifying, which he sporadically contributes to with a loose collection of friends. Follow him on Twitter at: @wendeego