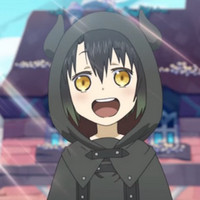 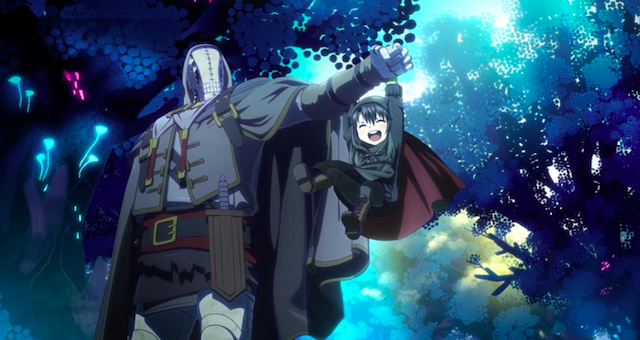 Family means something different to all of us. The word can alternately (or simultaneously) conjure cherished memories from childhood, or sadly, memories and places we'd like to forget. Our specific backgrounds and lived experiences uniquely shape how we perceive and relate to others within a familial context.

If you take even a cursory glance at some of the most popular anime titles, you'll discover right away that the medium frequently addresses the topic of family ties. A work like Naruto explores—amongst many other themes—how a young ninja struggles to carve his own path set against the skillful heights of heroism established by his deceased father. Sailor Moon, a shoujo staple, depicts the protagonist Usagi's struggle to live a normal life as she bears the weight of her royal celestial lineage.

While the aforementioned titles feature central characters who are biological descendants of either nobility or a renowned bloodline, there are many anime in which familial bonds form in the absence of both physiological ties and/or a socially lauded heritage. Below are five titles that beautifully portray how family can take on a variety of unconventional forms outside of biology, and how loving support and care can exist amongst people—and non-humans, as well—amidst seemingly insurmountable differences. Let's dive in!

5. Somali and the Forest Spirit 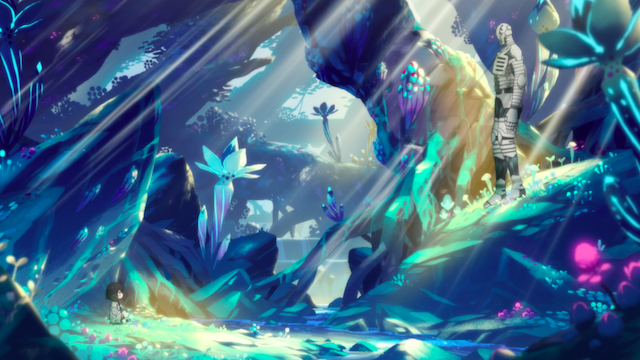 The new 2020 fantasy series Somali and the Forest Spirit features an unusual father–daughter pairing: a Golem—a creature who serves as guardian of the forest—and a human child named Somali. In spite of the obvious lack of any biological ties, a loving bond exists between these two protagonists. We learn early on that humans and nonhumans once lived together, until humanity waged a hateful and xenophobic war against them, which the humans quickly lost. In spite of the tense and violent history between humans and nonhumans, the Golem still acts as a protective paternal figure to Somali. He dresses her as a minotaur to avoid suspicion, and saves her from a cat who viewed her as a delicious meal.

More than that, the Golem reveals in episode two that he will die soon—in just over a year, in fact—and seeks Somali's parents so someone can care for her when his life expires. The Golem seeks his daughter's future wellbeing in addition to her present safety, with all the foresight and concern of a loving parent. Somali herself also displays great affection for her surrogate father, despite his admission that he cannot understand emotions, and lacks human proclivities. In episode two, Somali works hard to clean an Oni's messy house, because she says that "dad is always doing things for me." Upon hearing these words, the Oni recognizes Somali's diligence as a symbol of her deep love for the Golem. The love between Somali and the Golem is one of mutual and willing reciprocity, despite the unconventional nature of their bond.

The series is still in its infancy, so there will undoubtedly be many twists and surprises as it progresses. Even so, Somali and the Forest Spirit already offers a heartfelt portrait of nuturing care between two wildly different creatures who nonetheless journey together hand in hand, as father and daughter. 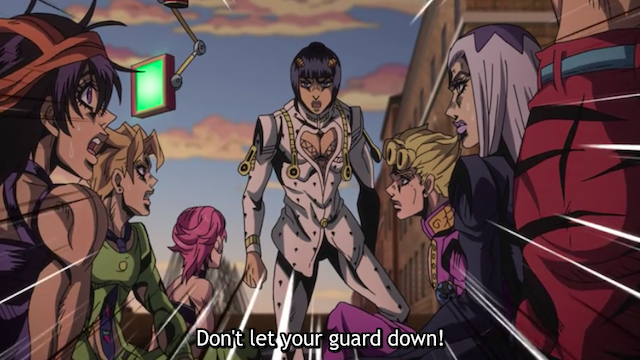 JoJo's Bizarre Adventure is a series chock-full of sprawling, and yes, weird family drama spanning much more than a few decades. Whereas Somali and the Forest Spirit explores a paternal bond between characters from two different species, the newest JoJo arc, Golden Wind, depicts a type of brotherly connection amongst societal outliers. All the main characters are gangsters with previous criminal records and/or a uniquely troubled, painful childhood. Minus Abbacchio, the story's main squad consists of men individually estranged from their biological family; whether due to a physically abusive stepfather, a mother or father who died, or egregiously dismissive parents.

With no biological family to cling to, the members of Bucciarati's assembled team forge their camaraderie via daring acts of support most would reserve for a sister, brother, or parent. There are plenty of moments where this happens: from Mista getting riddled with dozens of bullets to fulfill the team's mission and protect them from an enemy Stand user, to Abbacchio sacrificing his life in order to give the squad their boss Diavolo's true identity. If that isn't brotherly love, I don't know what is. 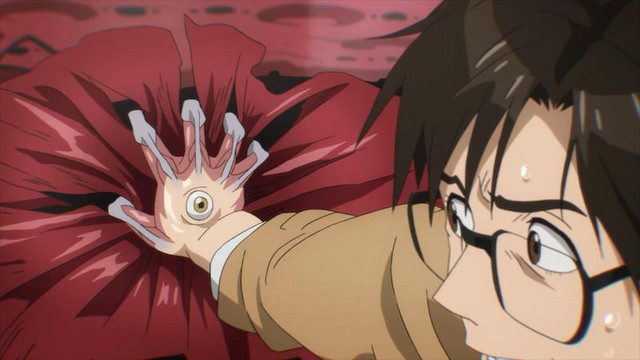 Somali gave us unconventional father–daughter relations, and Golden Wind showed us the bond of a brotherly band of outcasts. In the 2014 horror hit Parasyte -the maxim-, we find a motherly love that explicitly defies one character's biological imperative. It's clear from the beginning of the series that the body-stealing, semi-cannibalistic parasytes feast on humans almost exclusively (except when their host is a dog, or some other animal) for their daily sustenance; they tear up one human after another in a series of 'mincemeat murders.' These creatures also prioritize self-preservation above all else, even if that means killing fellow parasytes. This makes the parasyte Tamura Reiko, a central antagonist in the series, all the more intriguing.

In an early encounter with Reiko, she tells the protagonist Shinichi that taking over a human body triggered some primal directive that told her to devour humans. Fast forward to a key scene in episode 18, and we find a much different Reiko:  she sacrifices her own life to protect the human child she birthed. This moment makes a strong case that maternal love can override biological mandates: Reiko feels a natural urge to kill and eat humans as a parasyte, and by this point in the series, humans have discovered the existence of parasytes and pose the biggest threat to their survival (the parasyte Migi is surprised by her choice, too). Despite these facts, she chooses to preserve a life outside her own, rather than allow it to be taken (which is something parasytes almost never do). Reiko's actions show that personal choice and the altruistic love of a mother can override base animalistic urges in favor of life. 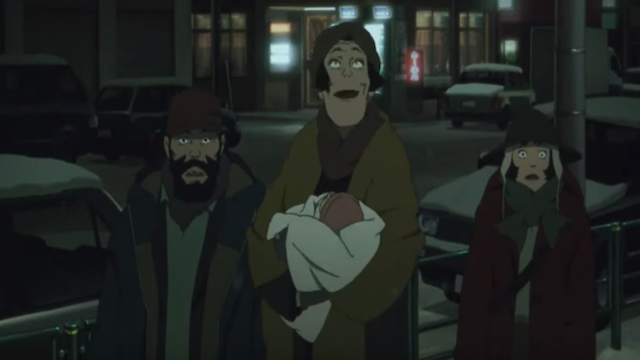 Tokyo Godfathers, by the incredible, late Satoshi Kon, is one of the most heartwarming tales about unconventional family bonds amongst marginalized people. The film centers around three (or four, if you count the baby) houseless characters on an adventure to return an abandoned child to her parents: a gambler named Gin, a runaway youth named Miyuki, and a transgender woman named Hana. All of them come from tragic/difficult life circumstances, ranging from alcoholism and a controlling father to parental abandonment. The characters certainly get in more than one shouting match together, but overall, they find their support and hope in each other. One of the strongest elements of the film is its respectful and dignified portrayal of houseless people. While it's certainly humorous, the movie remains empathetic all throughout to the main characters, and never turns their socioeconomic plight into a cruel laughing point played for jokes. It's rare to find any media with houseless folks in the spotlight, and even rarer for them to be portrayed in such a compassionate, nuanced way.

Speaking of compassionate depictions of marginalized individuals, Hana easily ranks as one of the best, most respectful portrayals of a trans woman in media. There are admittedly moments when Kon verges on turning Hana into a self-parodic stereotype, but overall, he imbues Hana with all the complexity and empathy she deserves. The houseless rate of trans women is also saddeningly high, making Hana a welcome and poignant presence. Hana is also the character who develops the most nurturing, intimate connection to the abandoned baby. Her desire for motherhood is not met with cynical, tasteless transmisogyny; instead, Hana is the most capable potential parent of anyone in the film. Make sure to check out Tokyo Godfathers as soon as you can. 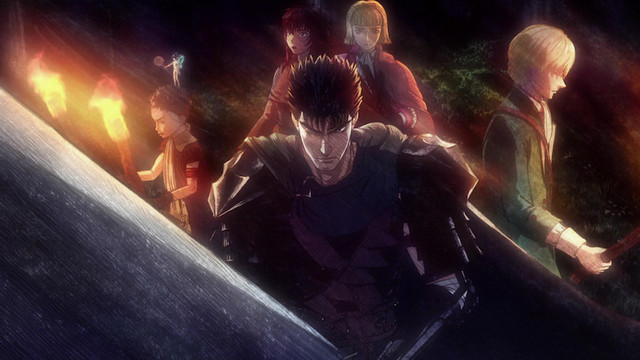 If you're familiar with the dark world of Berserk, you know about the main character Guts' absolutely horrifying childhood and early life. The 1997 anime covers all this in the classic Band of the Hawks arc, which accounts for Guts' central backstory, where he meets Casca and finds a home in a group of mercenaries led by the charismatic (and deeply, deeply evil) Griffith. The 2016 anime picks up where that arc left off, after Griffith surrenders all of his friends in exchange to become a member of the demonic God Hand, leaving only Guts and Casca alive.

Fortunately, even a series as dark as Berserk offers bits of hope and reprieve. There's a touching moment near the end of the 2016 series, where Guts looks at his new pack of friends—the formerly dogmatic Farnese, Serpico the swordsman, Puck the elf, a young thief name Isidro, and Schierke the witch—and recognizes them as his new family. Guts briefly sees images of his old friends from the Band of the Hawk before thinking, "I never thought I'd ever find them again." It's a poignant moment where, after suffering through so many lonely nights and tragedy, Guts finally finds a new home.

Are there any other anime with non-traditional families you would have included on this list? Let me know in the comments below!