Our Most Anticipated [Rak] Scenes for the Tower of God Anime 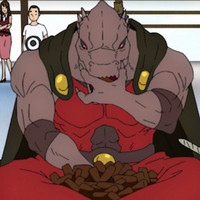 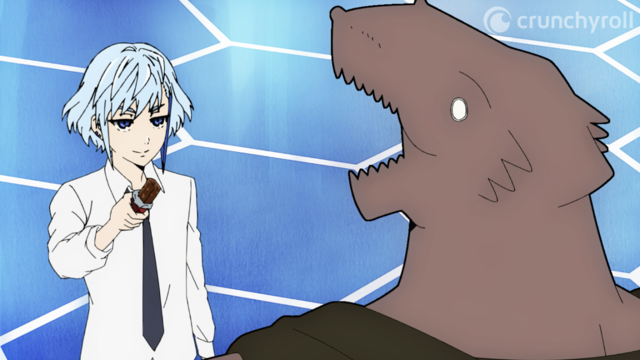 We’ve now watched two episodes of the adaptation of WEBTOON series megahit Tower of God. Giant fish monsters, weird eyeball people, a mysterious pretty boy with a briefcase—what could possibly happen next? Of course, having blasted through the first season of the comic, I know exactly what I'm expecting to happen next. I’m sure many of you ToG fans do, too. With that in mind, let’s run down some of the scenes from the WEBTOON series that I’m excited to see animated! While Crunchyroll's adaptation of Tower of God, AKA Kami no Tou, will likely be different from the original, don't be surprised if moments in this piece show up throughout the first season of the series. In other words, potential spoilers ahead for both the Tower of God WEBTOON series and anime adaptation. I’ll keep a few big surprises to myself for those who aren't familiar with the WEBTOON series, out of the goodness of my heart, you're welcome. 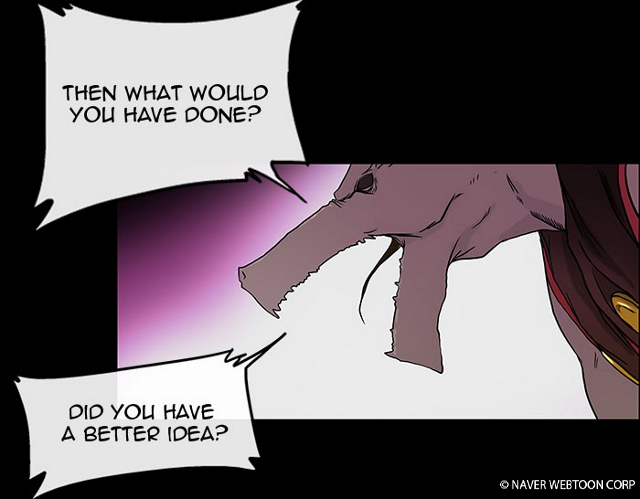 It’s a classic scene: our heroes are presented with several doors and told that they need to find the right one. If they choose poorly… they will die. Oh, and they have to make this huge decision fast because if they don’t choose quickly enough... you guessed it, they will die. What's a Regular to do? Like the scholar he is, Khun obsesses over the puzzle and almost runs out the clock analyzing plans and counterplans. But in the end, it’s Bam and Rak who figure out how to pass the test—just pick a door, stupid! Through a string of exposition, the reader discovers that Bam and Rak made the right choice: all they needed to do was open a door within five minutes. 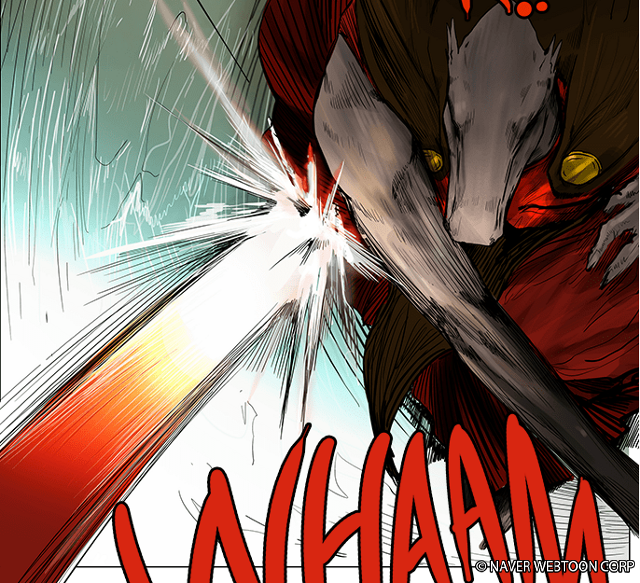 For some fans, the Crown Game is the point in Tower of God where the series “gets good.” It’s a full Shonen Jump-style team brawl where the main cast shows off their skills, and the groundwork for later storylines are carefully laid. There are several cool moments, but here’s one you might have missed: When a sneaky contestant snipes at Bam, Rak bats the bullet right back with his bare hands. In fact, the bullet flies so quickly on the rebound that it completely dismantles the sniper’s rifle. Now that’s rad! 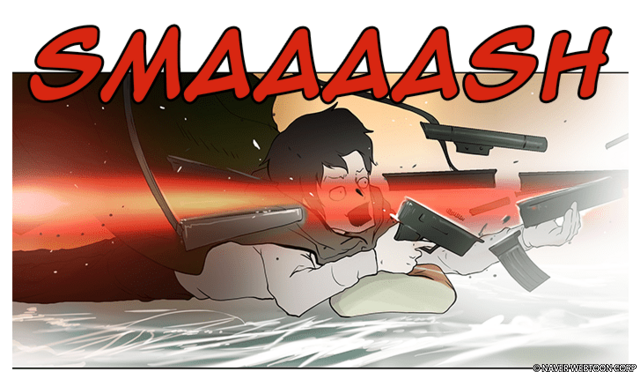 The Scene Where Rak Thoroughly, Yet Constantly Eats a Banana 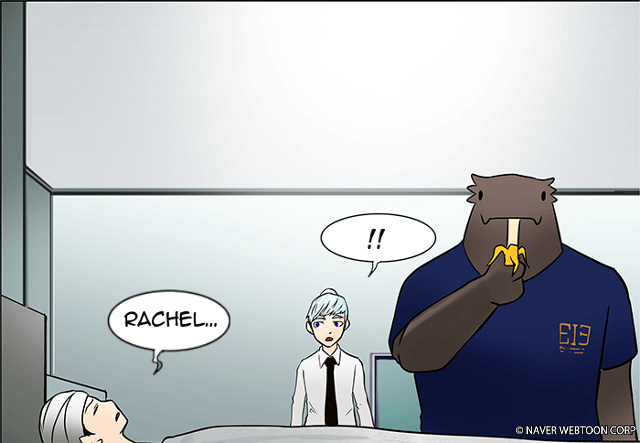 Throughout an entire chapter, Rak can be seen eating a banana. A full chapter! Is there a reason why Rak is eating a banana? I’m not sure. Rak insists he is not an alligator, but if he was one: a popular science article I stumbled across from 2013 says that crocodiles and alligators enjoy eating fruit when it’s available. Could bananas, in this case, be an acceptable substitute for living meat? Could Rak be curbing his carnivorous instincts and protecting his new friends from his beastly nature just by eating a banana? Could the artist of Tower of God have read that alligators eat fruit back in 2013 and filed it away as a plot point for his ambitious comic series? Or did SIU happen to enjoy drawing a lizardman eating a banana? Yeah, actually that’s probably it. 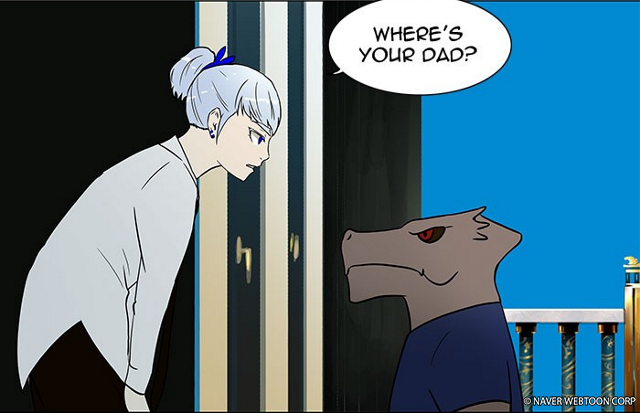 People say that SIU is a genius because of his careful worldbuilding, laying seeds for future developments from the first few chapters. Others refer to the dedication it takes to pump out lengthy comic chapters for a decade. But the truth is, what makes SIU a successful comic artist is that he looked at his character Rak, a headstrong lizard man whose cunning is rivaled only by his great physical prowess, and thought “What if we make this lizardman very smol?” Lo and behold, for chapters on end Rak is transformed into a tiny lizardman, and yes, he is very cute. I don’t really care for toys, but if Tower of God merchandise is produced and there is a small Rak you can buy, I couldn’t say that I would not buy it. For a friend. You understand. 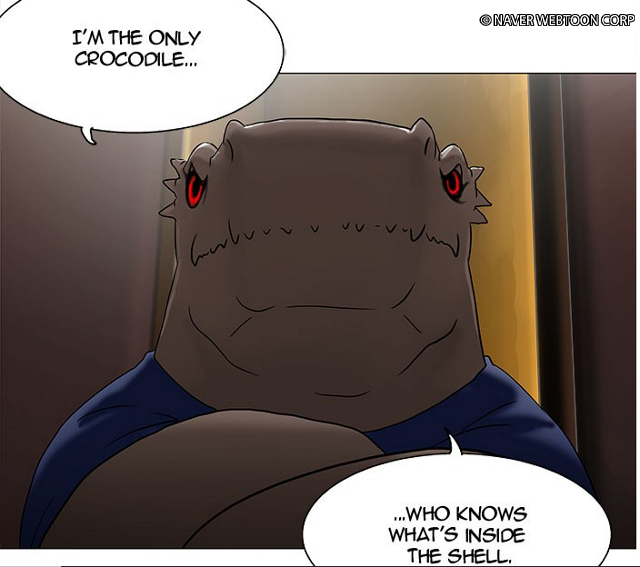 It’s not just that Rak is a natural leader, a talented fighter or force of nature empowered by the fates to smite those who oppose him. It’s that despite being the bruiser in Bam’s initial trio, he’s also better at reading the situation than you’d think. Later in the series, Khun pretends to spurn Bam in order to rally the other Regulars to Bam’s side. Rak himself (despite remaining a very small lizardman) gives a crucial speech in Bam’s favor at this moment, calling Khun (and the other scared and uncertain folks that Khun is knowingly channeling) a coward. Rak wasn’t inducted into Khun’s secret scheme; he reads the situation, sees an opportunity to help a friend, and comes to Khun’s aid right away. He’s not just a cool lizardman, he’s a smart lizardman! Who truly loves and respects his friends.

“Is that really it?” you might ask. “What about how cool it’ll be to see the animators tackling Anak wielding Green April at its full strength? What about the bit where Bam encounters and is dwarfed by the Second Floor’s Guardian? What about the end of the first arc where ______________?!?!” All fair points. But, whether he's a lizardman or a gator, my love for Rak will not be denied. As a great leader once said, "well now, you poor guys! I changed my mind. I will accept you as my men!" Well, actually, I forgot one thing:

The Scene Where Rak Starts Rapping 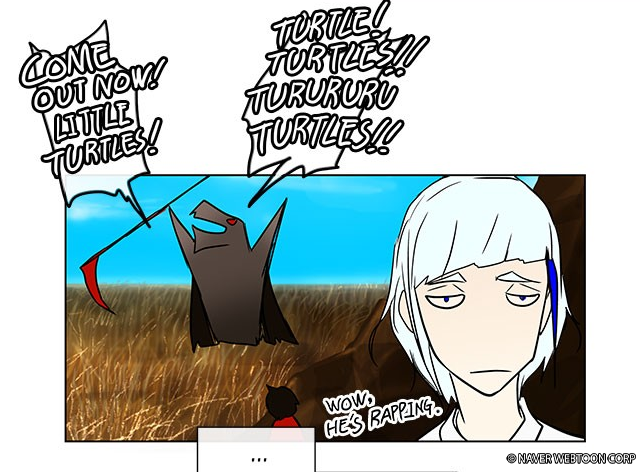 Tower of God anime staff, I have a question for you. Why did you remove the scene where Rak breaks into a rap while hunting Bam and Khun? Was it for pacing reasons? Was it because the “rapping” in the webtoon was a mistranslation? Either way, we missed out on Kevin Penkin writing a rap song for Rak and that is unforgivable. I hope to at least see it as a bonus on the soundtrack, my dudes.

What scene are you excited to see animated in Tower of God? Did Crunchyroll pay Rak to write this piece? Let us know in the comments!

Adam W is a Features Writer at Crunchyroll. His favorite character in Tower of God other than Rak is Anak, because he loves to read about extremely driven lizard people making stupid decisions. He sporadically contributes with a loose coalition of friends to a blog called Isn't it Electrifying? You can find him on Twitter at: @wendeego