A Celebration of Women of Color in Anime 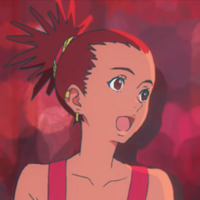 Anime has always meant a lot to me as a person of color. I didn't see much of myself in my surroundings growing up, and even though I'm mixed Filipinx and not Japanese, it felt valuable to me that anime was an Asian-created medium. There were far more limits in terms of exposure and what you could readily learn about underrepresented cultures in the years before the internet became more widely accessible. As a result, early TV and video exposure to anime helped me indirectly feel proud of my own heritage.

I generally relate to media depictions of women more than men, so it should come as no surprise that women of color in anime comprise some of my favorite fictional characters, period. Though woefully misrepresented in all kinds of media, here's a non-hierarchical list of anime WOC who are respectfully depicted, nuanced, and poignant role models for our own lives too. Read on for more! 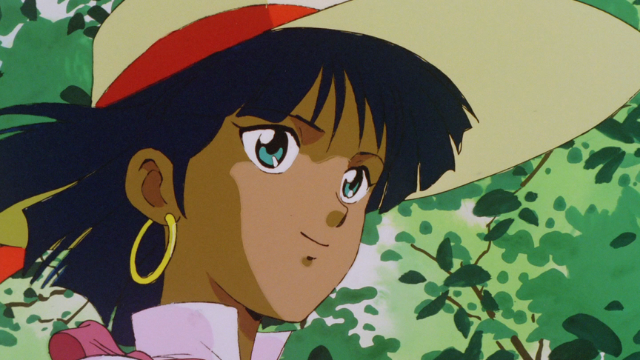 A series known for its tumultuous production and Hideaki Anno's distinct directorial hand, Nadia: The Secret of Blue Water is an aquatic adventure anime from the early '90s. The main character, Nadia, is a young woman of color searching for the truth about her past — and the secret of her blue-jeweled pendant.

One of Nadia's crowning traits is her connection with animals and the care she displays for them. Nadia communicates easily with King, her lion cub sidekick, and openly detests meat and hunting. The show also makes it clear that Nadia is a *gasp* vegetarian. It was pretty rare in the '90s for any show to feature a positive portrayal of vegetarians, so it's pretty cool to see her depicted as a genuinely caring animal-lover and not some meat-hating caricature.

Nadia is an "imperfect" heroine in the sense that she actually comes across like a real person with real struggles. She is (justifiably) prone to distrust others, can act hot-headed, grapples with intense depression, and doesn't always give people like Jean and Nemo the benefit of the doubt. Nadia's tendencies and behavior make perfect sense given her awful and abusive childhood, and that makes her one of the most interesting anime protagonists out there. 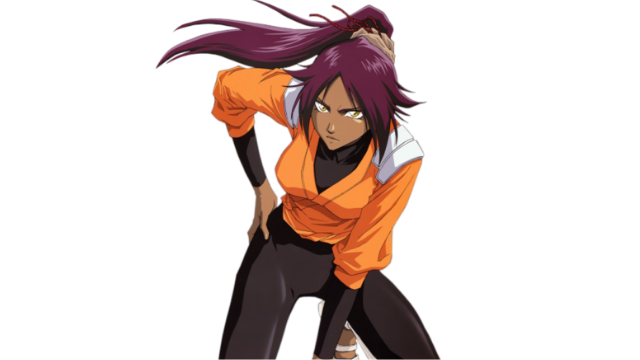 In Bleach, Yoruichi's coolness factor is off the charts. She can outrun Byakuya (one of the most powerful captains), knows how to help you achieve Bankai in three days, and can also transform from a black cat into a human at will. If Soul Society had its own version of LinkedIn, Yoruichi's resume would be top tier — it's no small feat to be the former Onmitsukidō commander and former 2nd captain of the Gotei 13.

Finally, much like the rest of the cast of Bleach, Yoruichi possesses a simple yet keen sense of style. Can you think of anyone over a century old who can wear purple and beige striped arm wraps and orange apparel with such finesse? I thought not. 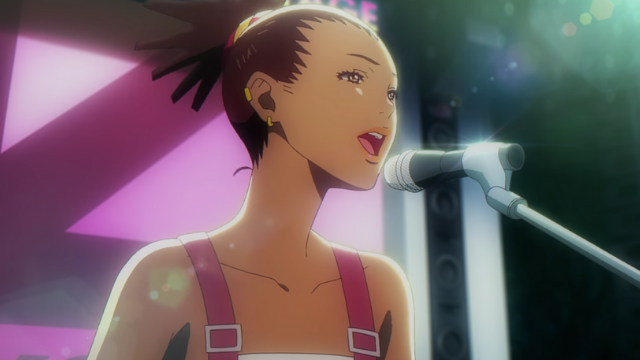 Shinichiro Watanabe's new show Carole and Tuesday is yet another music fan's dream. While Kids on the Slope focused on Jazz, Watanabe's new outing hones in on pop singer/songwriters. One central message in the show is simple, yet timeless: Pursue your creative expression by staying true to yourself, and keep your creative fire safe from societal pressures intent on manipulating and/or extinguishing your gift. And with a Black woman — Carole — as one of the lead protagonists, this important message feels even more moving and powerful.

A Black woman as a lead character is the exception rather than the rule in the world of media, which is a disturbing reflection of larger oppressive social structures. That's why it feels refreshing to see a respectful portrayal in the form of Carole. We first meet her as an impoverished teenager in a big city without parents or a support network. Despite the financial and social odds stacked against her, Carole still longs to express herself and create a loving community through the power of music. Her dedication to her own creative integrity is a joy to watch, and as a musician myself, I found legitimate personal solace in her drive to be as artistically genuine as possible.

One of my favorite things about Carole is the ego-free support, sense of awe, and goodwill she displays toward other musicians. There's barely a hint of jealousy or competition between Carole and her main musical partner, Tuesday. The two get along amazingly well despite a few roadblocks, and Carole consistently honors their shared creative spirit. She even voices repeated praise for a rival musician named Angela, despite Angela's antagonistic remarks against the series' duo. As another impressive feat, Carole also manages to revive the joy of seasoned — and occasionally downtrodden — musicians due to her infectious creative passion. How can you not love such an inspirational character?! 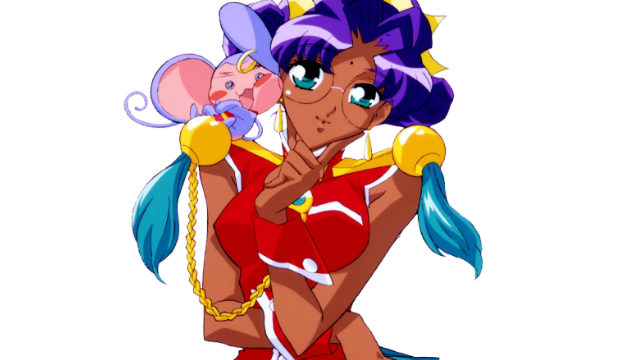 Revolutionary Girl Utena, is, well, revolutionary for a number of reasons. The show tackles gender essentialism head-on and makes some hefty statements about the toxicity of conventional social norms. Utena is an incredible character who challenges the classic patriarchal notions associated with princedom. I'd argue though, that her partner Anthy Himemiya is the true star of the show.

Without going into spoilers, Anthy is key to one of the biggest themes in the show: That for its own selfish gain, society is willing to endlessly enact cruel rigidity and heartlessness against women. It'd be both reductive and missing the larger point though, to interpret Anthy as a defenseless, subservient victim controlled by the harshness of a misogynistic culture. On the contrary, Anthy is perhaps the strongest figure in the entire series. Anthy does (at least in some ways) behave according to the interest of others, but she ultimately asserts her own worth and personal agency in a way that truly embodies the show's beautiful core.

There are plenty of fascinating, insightful articles that go into depth about Revolutionary Girl Utena's symbolism and topics, so be sure to check some out. Anthy is a phenomenal character who stands out as one of the most memorable depictions of self-love, showing it's never too late to define your own life according to your needs, desires, and dreams. 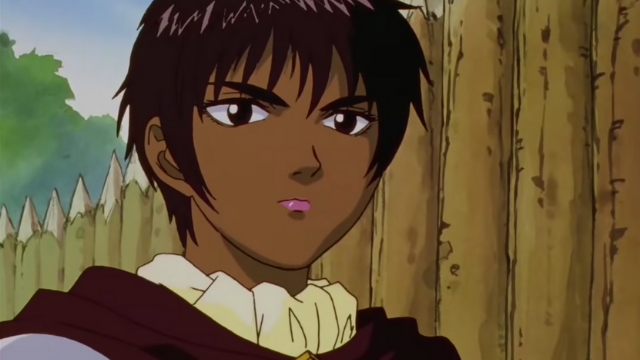 Berserk is likely my favorite manga, and undoubtedly my favorite work of dark fantasy. I always pair that praise with a very cautionary recommendation due to the intense gore and many disturbing sexual depictions throughout the series. While it's up to each individual to decide their limits in terms of extreme content, Kentaro Miura (the creator) softens Berserk's more unseemly edges by featuring sympathetic protagonists who organically evolve, and who are driven by immense love and support for one another in spite of a horrifyingly bleak world. That said, I find the central character Casca to be one of the strongest and most nuanced women in all of fiction. It's rare enough for a dark-skinned woman to be depicted at all in most media, and rare still for her to be given proper depth and well-deserved narrative development. Fortunately, Berserk gives us both.

In the Band of the Hawk arc — the first lengthy saga in Berserk, covered by the three recent films and the '90s anime — Casca is introduced as a well-regarded figure within the ranks of her mercenary brigade. Although she's portrayed as a strong fighter and a capable leader, the series deploys many different elements that prevent a one-sided characterization of Casca. For example, her tragic backstory highlights not only her strength and will to survive but also lends added weight to why she's so watchful of her comrades. After Casca is sent away by her own family as a child, she gains a new one in the form of the Band of the Hawk, and — much like a protective older sister — leads many of her men to safety on more than one occasion. The life and attachments Casca forges from the hell of her childhood imbues her character with skillfulness, tenacity, and meaningful emotional capacity.

The love between Casca and Guts is a genuinely moving, reciprocal bond. While it's true that Guts saves Casca from demons on many occasions (which carries more than a hint of the misogynistic damsel-in-distress cliche), it's also true that Guts is saved from his lonely life largely because of Casca's love and presence. Though there's plenty to critique about the notion that masculine dependency is evidence of a healthy relationship, overall I find that Guts and Casca exhibit selfless, mutual gestures of love that challenge standard relational dynamics.

It can't be stressed enough how pivotal Casca is to Berserk's central storyline. Her badass skills as a fighter, coupled with her nuanced backstory and emotional depth, makes her one of my favorite anime characters of all time.

Each anime in this list offers a uniquely touching testament to women of color. While by no means an exhaustive list, I hope you enjoyed it!

Are there other women of color from your favorite anime who aren't listed here? Let us know in the comments!