You're Not My Dad! Celebrating Genjuro Kazanari, the Best Dad in Anime

On Father's Day, we celebrate a real one 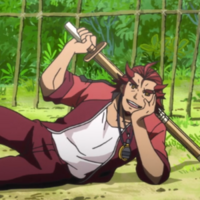 Anime has a long and sordid history of bad dads. Edward and Alphonse’s dad abandoned them when they needed him most. Shoto Todoroki’s dad has quite a backstory. And we all know that Shinji Ikari’s dad was The Worst. The dads of anime represent a laundry list of parenting sins: cruelty, abandonment, physical and emotional abuse, experimenting on your daughter and her dog, obliterating the world to be reunited with your dead wife, hiding in a cabin in the middle of nowhere and slowly going insane rather than stay with your kid. On the other hand, if you’re a good dad, you’re probably dead and your child is out avenging your memory. Unless you were secretly bad the whole time!

In this sea of poor parenting decisions there is only one good (living) dad worth his salt. One dad to rule them all. Let us say his name: Genjuro Kazanari, Symphogear’s patron saint. Genjuro Kazanari, the only good man in the world. Genjuro is anime’s greatest dad and he isn’t even a dad. 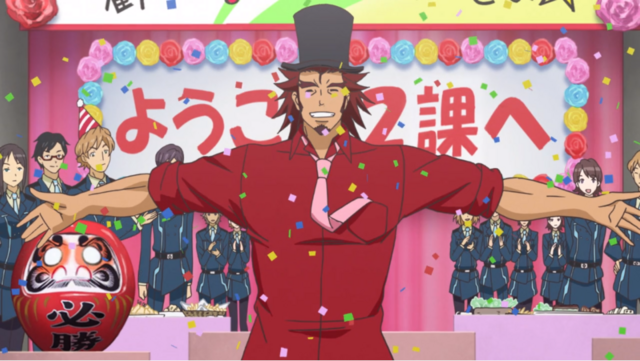 Genjuro is a supremely muscular human, an upright man with perpetually rolled-up sleeves and a goatee. While his Symphogear wards fight monsters with outrageous weaponry, he punches those monsters in the face. His existence defies the rules of his narrative universe and renders him a Looney Tunes character in an already ridiculous cartoon. If he was handled a little differently he’d be an annoyance. But I love Genjuro — he’s stereotypically masculine in a lot of ways but embodies positive traits rather than negative ones. He’s strong but knows his own limitations. He’ll put himself on the line for others but would never do so if that meant making other people’s lives harder. He’s self-admittedly an ordinary guy staffing a department that manages superhumans, but he’s made it his mission in life to offer what support he can provide so they can succeed. With no strings attached.

Genjuro goes to bat for every character in the first season of Symphogear, no questions asked. He stands up for Tsubasa as her uncle, even though Tsubasa has complicated feelings toward her family. He mentors Hibiki and sets her down the path to becoming the martial arts master who punches a hole in K2. He accepts Chris into his organization even when Chris had up until that moment been a staunch enemy. His martial arts training sessions are the stuff of Symphogear legend, as infamous as the beef stroganoff song in GX or Dr. Ver yelling about being the Last Action Hero. Nothing is more Symphogear to me than Genjuro’s insert song in the second season being a cover of the theme to Jackie Chan’s action movie classic, “Police Story.” Genjuro rises to the task of caring for his wards with the help of his life’s two guiding passions: working out and action movies. They are enough. 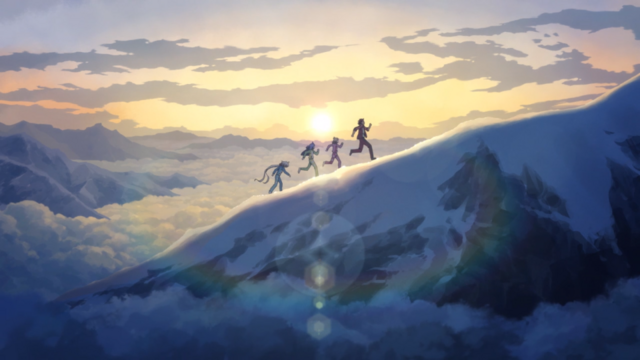 It’s fun to compare Genjuro to the other fathers in the Symphogear universe since they can’t help but come up short. Hibiki’s dad is a coward, a sad and pathetic man who has never once been there for his daughter. By contrast, Genjuro will not only do anything for Hibiki but also believes in her strength and in her ability to succeed. Even more revealing is the contrast Genjuro makes to Tsubasa’s foster parent, Yatsuhiro Kazanari. Kazanari refused to have anything to do with Tsubasa, driving her to become independent but also lonely. When pressed in the third season, he insists that he did it for her — to give her the room to thrive on her own. Helicopter parents are a scourge, and it’s admirable in some respects that Kazanari wanted Tsubasa to learn to live outside of the constraints of her family. But Kazanari never asked Tsubasa what she thought — he simply presumed as her guardian that he knew better. Genjuro would do no such thing. He listens. When needed, he stands out of the way, and when needed he offers support. He does so with the consent of his wards and a complete lack of ego.

Genjuro knows his limits. Despite being a super-strong martial arts master, Genjuro knows that he is not the hero of this story. He has no supernatural powers, and no absurd weapons. He works out a lot and eats the right foods, and that’s the extent of his abilities! Yet his humility and steadfastness set him apart. I could not care less for Hibiki’s dad or Kazunari, even as the writers struggle to endear me to them. They remind me of too many bad anime parents: the absent fathers, the domineering fathers, the self-justifying fathers. But Genjuro will never let you down, so long as he’s eaten his meal that day.

Some of my friends at this moment are first-time parents; from what I’ve heard, it can be stressful and intimidating work. Caring for even a single human life is a heavy responsibility. But all parents could learn something from Genjuro: be who you are, let your kid be who they are, don’t infringe on their dreams but do what you can so they can attain them. It’s a challenge, but we all know that Genjuro is just an ordinary guy. Any of us can do it if we follow his advice: 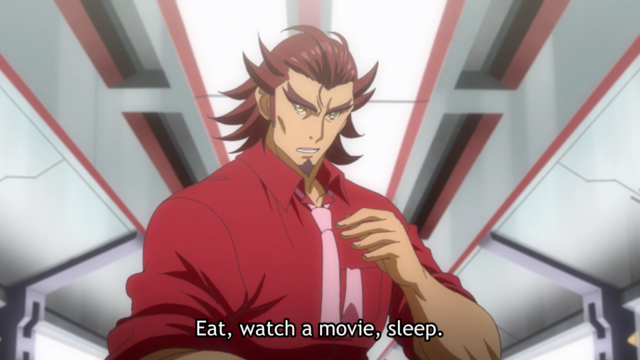 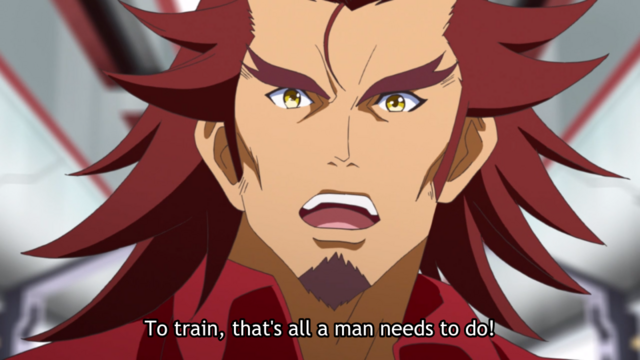 What are you doing this Father's Day? Who's your favorite anime dad? Are there any other good anime dads? Let us know in the comments!

Adam W is a Features Writer at Crunchyroll. He sporadically contributes with a loose coalition of friends to a blog called Isn't it Electrifying? Adam wishes you a Happy Father's Day, though if you don't have a dad (or despise him, because he's the worst) that's cool with him. You can follow him at: @wendeego