FEATURE: The Newest Power In Battle Game in 5 Seconds? Friendship! 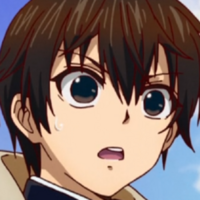 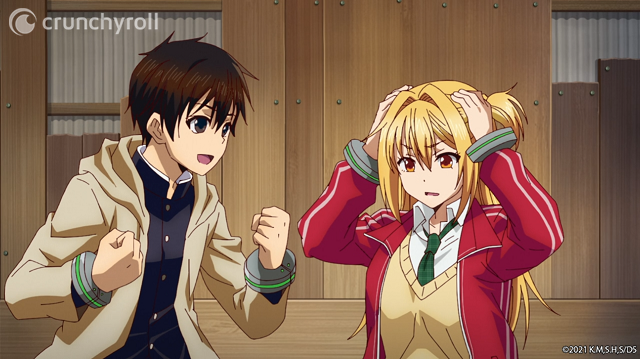 Battle Game in 5 Seconds has a straightforward premise. Given various superhuman powers, protagonist Akira and everyone else in the battle royale are stuck in some sort of sadistic experiment meant to test their new abilities. Some of these are simple: Yuri has super strength, Kirisaki can turn sticks into swords, and the ringleader Mion can turn her arm into a cannon. Akira's power, on the other hand, is a little more complex. As revealed early on, his power is "whatever the other person believes it to be," a potentially limitless ability.

It's fitting for Akira as a character to have such a flexible ability. Early on we are shown that he is crafty and quick on his feet as he takes down an attacker before being transported to the battle game by Mion. He’s also really into games, so he is able to strategize with the best of them. Being able to utilize his wits to come up with the best solution for any given situation is perfect for Akira's skills going into the battle game, and is definitely a good hook for a story about people with powers duking it out. It's hard to get bored when the hero has access to all of the other powers in the show, right? 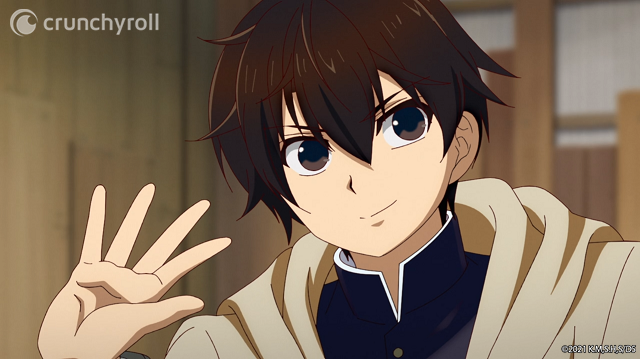 Up until recently, though, Akira has only used one skill — Mion's ability to turn her arm into a cannon. To be fair to Akira, it's a pretty potent ability. As demonstrated multiple times, no one wants to be on the receiving end of an arm cannon, so Akira has been able to defuse many situations by simply presenting that ability. It makes a lot of sense with how his ability works, too — for Akira's ability to be “real,” the other person has to believe it is real, and everyone in the game saw Mion's cannon. Therefore, it is trivial for Akira to convince people he also has that ability because they know it's a possibility.

It's also fitting for Akira as a character. Before the battle game, he was a loner, content to go to school and play games, and the cannon isn't exactly a cooperative ability, but it is a powerful one.  Still, it's been pretty limiting for Akira to be stuck with this one power considering his potential, but considering the limitation — needing someone else to believe in your power — it takes some real ingenuity to use a new one. 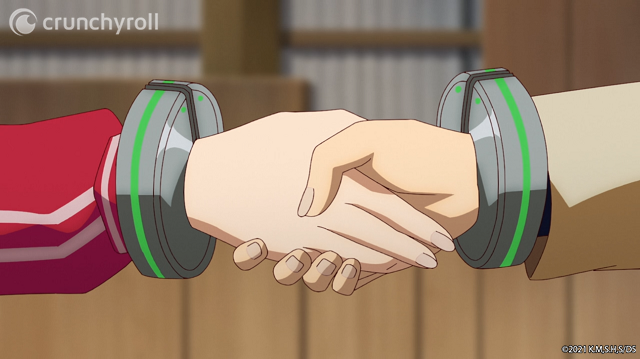 That's where Battle Game in 5 Seconds introduces a tried and true battle anime classic: the power of friendship! While he has mainly gotten by using the cannon to instill belief through fear, his partnership with Yuri is one based on trust. He uses that connection they have to unlock telepathy, a much more subtle ability than the cannon. Akira is smart, after all, and he spends as much of the show thinking as he does fighting. With the ability to share his thoughts with Yuri and make plans, it's almost like he is working with two brains and bodies, allowing their team to utilize Akira and Yuri's skillsets more efficiently. Yuri's friendship isn't the only bond that has powered Akira up, though — their partnership with the Green team is also a co-op dream. As long as at least one of them is focusing on him — which will always be the case, since they're working in tandem — he can freely switch between the cannon and telepathy.

That's quite the power-up, but it's also great for Akira's character development, too. Akira has been a “lone wolf” type so far, but he's already not only making friends but recognizing how much stronger he can be when he has companions to back him up. SIngle-player games are great, but there's nothing like working together with some friends to take down a boss. It isn't just fun, but playing co-op can accentuate your personal skills, letting you shine even more than you would otherwise because you have friends to cover your weaknesses. Sometimes working together even helps you realize things about yourself you wouldn't have alone. Akira has given the impression of being a solo gamer, but co-op games are arguably even more fun, and he's getting a taste of that here. 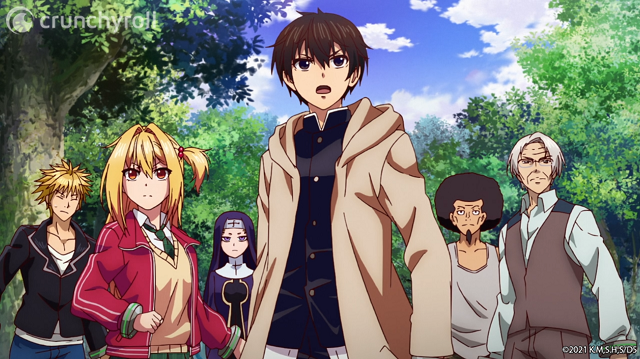 The way the Green team handles Mion's challenges is even just like a raid in an MMO. Individually, a purely defensive skill or a restraint ability might not be very useful in the battle game. Together, though, they can lock down Mion's goons so that the people with more aggressive powers who might not be able to defend themselves otherwise can take the baddies down with ease. Akira is already seeing how rewarding it is to work together instead of alone to pull those kinds of strategies off, and he's opening up, making him a more interesting character. The power of friendship is no joke!

Now that Akira has realized the benefits of trust and working together, Battle Game in 5 Seconds is truly living up to its potential as a power-based action anime. The world is Akira's oyster if he can use his new connections to their full potential, and it will be interesting to see what sort of plans he comes up with and how he grows through those battles. And maybe when he gets home, Akira will invite Yuri to play a few rounds of Double Dragon together! 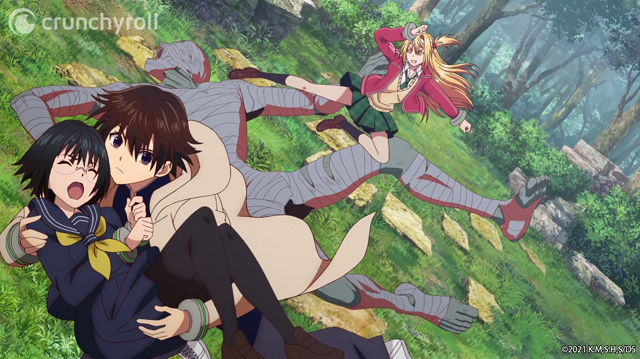 What power would YOU want to have in the battle game? Let us know in the comments below!