Fighter with over 30 playable characters hits Japan on August 30 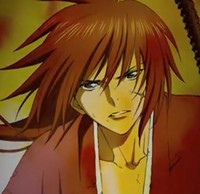 Rurouni Kenshin: Meiji Kenkaku Romantan Kansei is due out on PSP in Japan on August 30, and the latest promotional video offers a thorough look at Namco Bandai's 2D fighting game. See the cast of over 30 characters in action below.

Kansei is a follow up to 2011's Rurouni Kenshin: Meiji Kenkaku Romantan Saisen, maintaining the same brushwork style while adding a handful of new characters to the lineup.