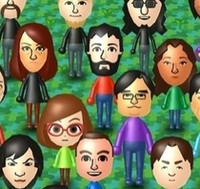 The last video Nintendo used to detail Wii U's online functionality focused on aspects like WaraWara Plaza and Wii U Chat, and now they're back with another look at the new console's networking features. Crack into the video below to learn more about the Nintendo Network, the Miiverse, and the Wii U's Internet browser.

Wii U makes its debut in North America this Sunday, November 18. How are you feeling about the strides Nintendo is taking to improve its formerly lacking online aspect?