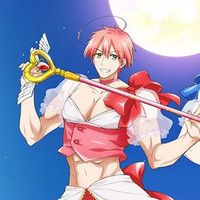 Earlier this month, an anime adaptation of of Magical Girl Ore was officially announced for spring 2018 with Rental Magica's Itsuro Kawasaki directing the  Pierrot+ production and Jewel Pet Twinkle's Yukiko Ibe on character designs. At the time, male leads Kaito Ishikawa and Wataru Hatano were announced with a feminine visual. Now, along with a preview, it's been swapped.

A masculine visual has been presented with news that Ayaka Ohashi and Sachika Misawa voice leads Saki Uno and Sakuyo Fukage. 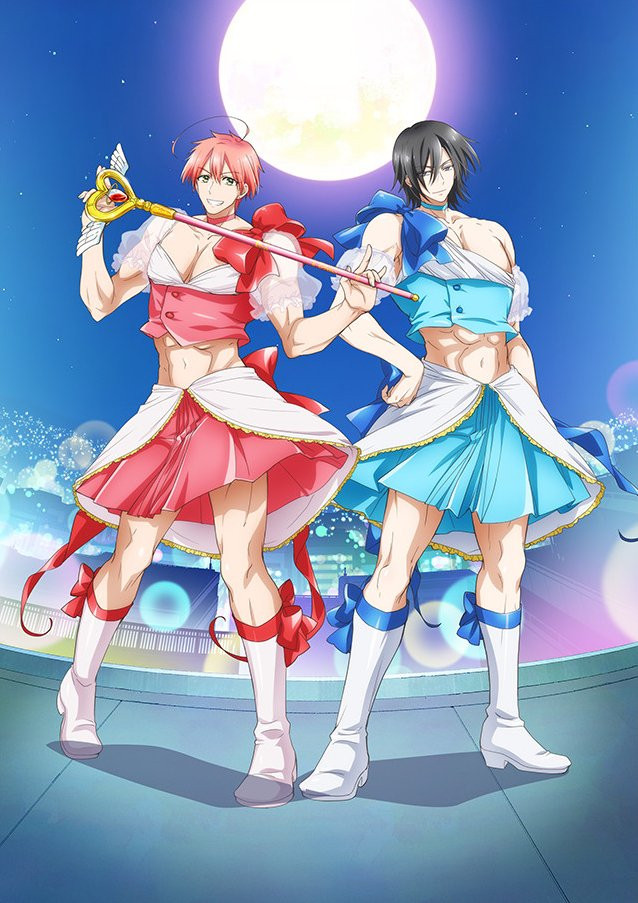 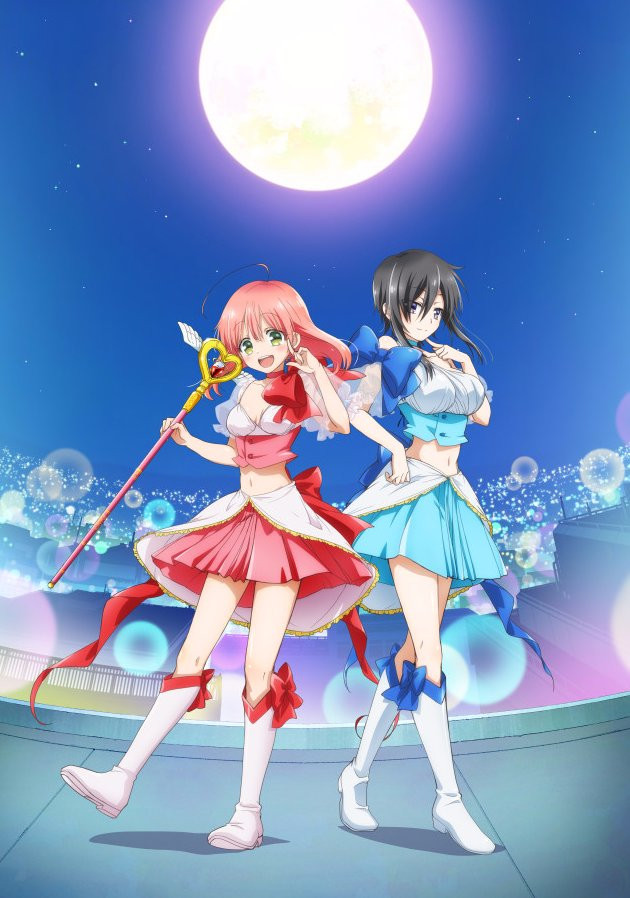 15 year old girl is a newbie idol in love with her best friend’s brother who is also a popular idol.
But she runs into a scary yakuza guy and finds out her mother was an ex-magical girl, the yakuza was her mascot. Her love interest gets kidnapped by demons that look like burly men with cute squirrel heads. So she contracts the yakuza to become a magical girl, which in this story means she turns into a handsome guy in a magical girl outfit. And her love interest shows an attraction towards her magical guy form? But her best friend (her love interest’s sister) turns out to be in love with her and later also becomes a magical crossdressing guy to save her life.

Thus their manager is a magical girl geek and decides to make them into an idol unit. 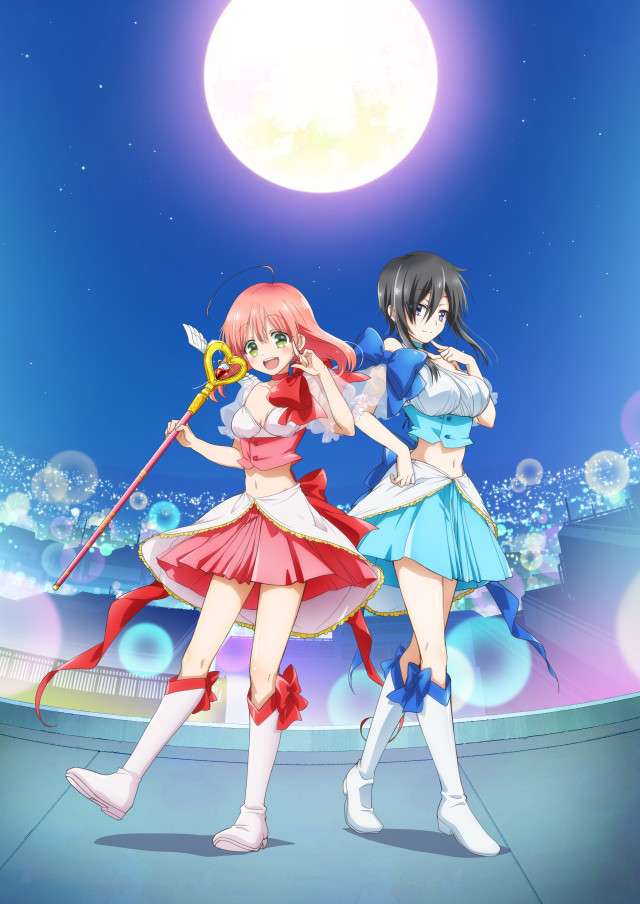 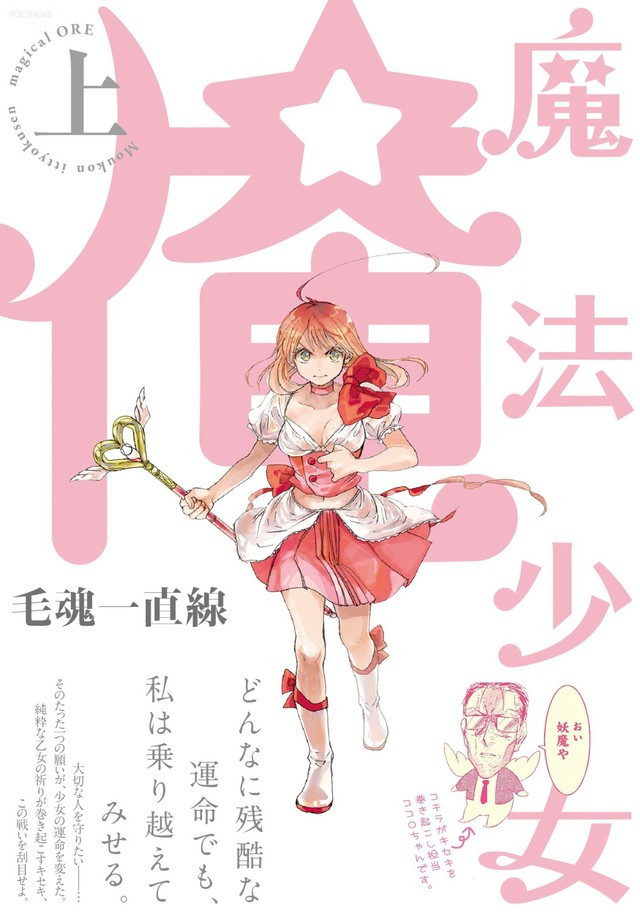 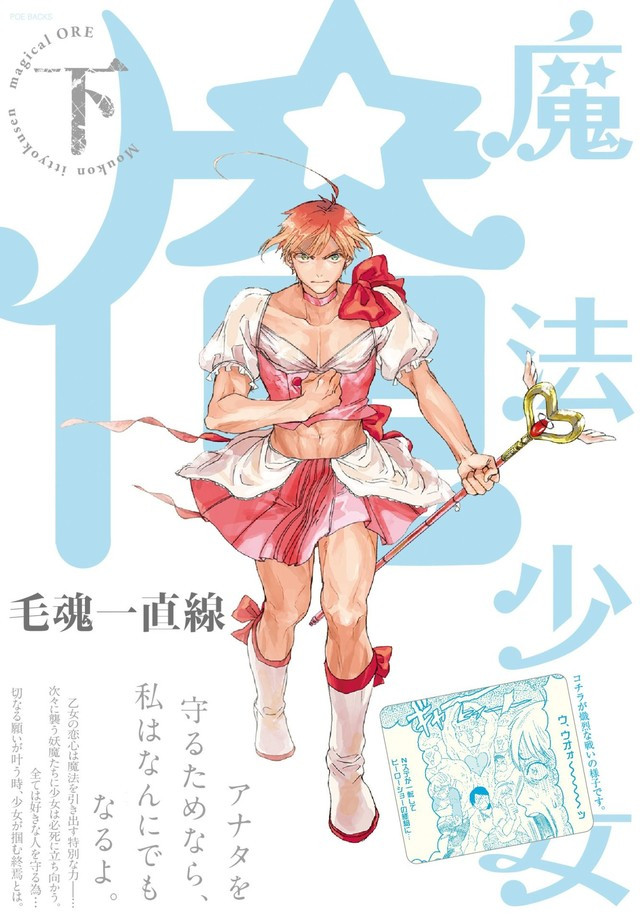