Tagline: "This is a painful and strange second first love story." 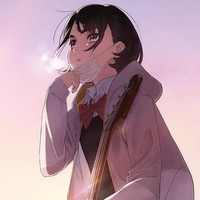 43-year-old anime director Tatsuyuki Nagai (Anohana: The Flower We Saw That Day, The Anthem of the Heart)'s new original feature film Sora no Aosa wo Shiru hito yo (The person who knows about the sky's blueness) is set to be released in the Toho theaters across Japan on October 11, 2019. According to Nagai, this is the third and final installment of the trilogy anime project set in Chichibu-city, Saitama Prefecture, following Anohana and The Anthem.

The other two members of Cho-Heiwa Busters, the creative unit that worked on the previous two, of course join this third installment. Mari Okada provides a screenplay, Masayoshi Tanaka serves as character designer/chief animation director. In addition, Hiroyuki Shimizu (Anohana, The Anthem) and Genki Kawamura (Your Name.) support the film as producer.

Nagai says, "Once again, I have been given an opportunity to make a film set in Chichibu. Including

Anohana: The Flower We Saw That Day and The Anthem of the Heart, it will finally complete as a trilogy.

Your continued support is the reason that we have been able to make anime continuously like this.

This time, it is a story about a mysterious square relationship among the characters who start facing

themselves that they imagined in the past. We will do our best, so I hope you will enjoy it. Please look

Teaser poster visual with a tagline: "This is a painful and strange second first love story."

La película That Time I Got Reincarnated as a Slime: Scarlet Bond dará paso a nuevo proyecto