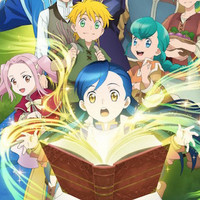 Crunchyroll has another pair of shows to add to the ever-growing Fall 2019 anime simulcast lineup. The latest series are High School Prodigies Have It Easy Even in Another World and Ascendance of a Bookworm, both of which will have episode 1 world premieres at Crunchyroll Expo 2019.

Here's a breakdown of both, along with promos and key visuals:

High School Prodigies Have It Easy Even in Another World

Seven high school students are involved in an airplane crash. When they woke up, they found themselves in a parallel world where magic and beastmen exist. Of course, they panicked at their sudden unexpected predicament... or not? Instead, they create a power plant in a world that doesn't have electricity, they did a little extra work and managed to take economic control over a metropolis, they managed to repay their gratitude to some oppressed citizens by upending a corrupt government, and basically do whatever they feel like?!

You probably guessed by now, but these high school kids aren't normal. They are all high school prodigies who stood at the top of the fields of politics, economics, science, and medicine.

This is an otherworldly revolutionary tale featuring the Earth's dream team of individuals with superior intellect and technology being thrown into a world where super technology doesn't exist. 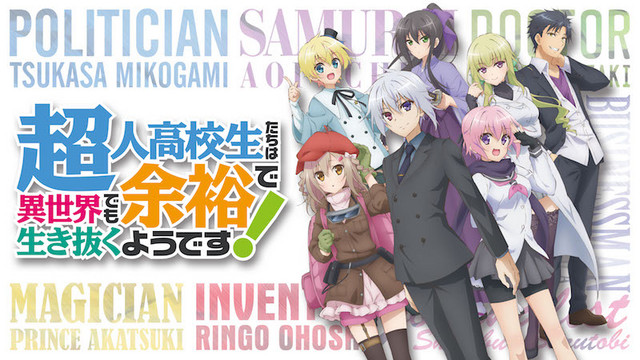 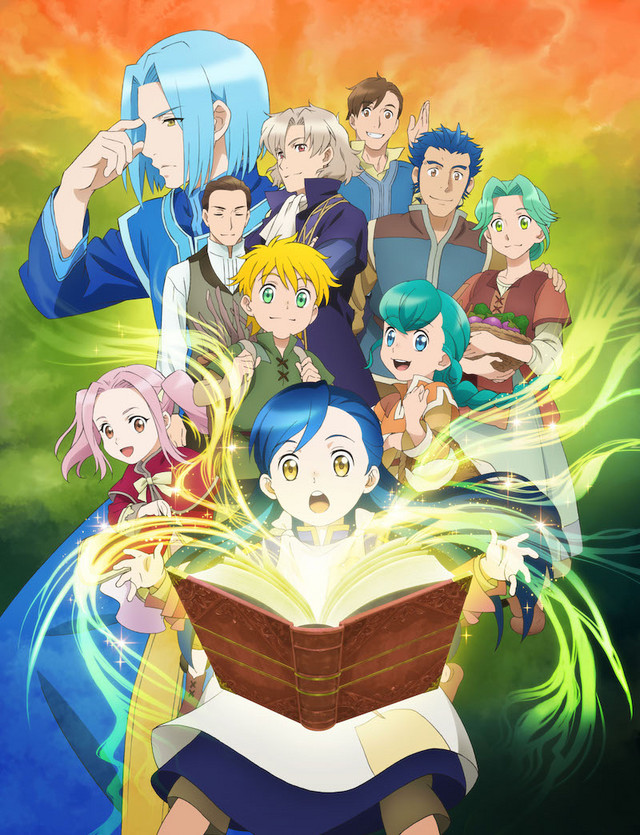