He directed the "Cloud" episode in the 1987 OVA "Robot Carnival" 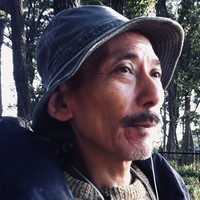 The official Twitter for veteran animator Manabu Ohashi announced today that he passed away on February 12. The cause of his death is not known. He was 73. The post writes, "There were so many things he wanted to do and ideas he had, but we are sorry that the years were not long enough. Thank you for all the love and support you gave him during his life."

He was born in Tochigi Prefecture in 1949, then joined Toei Animation upon graduation from junior high school. He made his key animator debut in the 1966 TV series Rainbow Sentai Robin. Since then, he had been active in many works ranging from kids shows such as Gamba's Adventure (1975) and Nobody's Boy: Remi (1977) to more adult-oriented works such as Space Cobra (1982) and Dear Brother... (1990).

His most notable work was "CLOUD," one of the episodes in the 1987 OVA Robot Carnival, for which he directed, wrote the scenario, designed the characters, and served as the key animator and background artist under the pseudonym Mao Lamdo. One of his most recent TV anime work was key frame animator and layout supervisor for the 2011 series Tamayura.