Existing somewhere between shooter, looter, and social experience, is Destiny worth the trip? 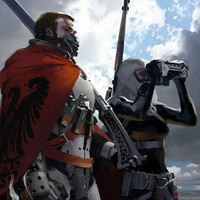 It's been a long time coming, but cross-generational lynchpin shooter Destiny is finally upon us, thundering onto PlayStation 3, PlayStation 4, Xbox 360, and Xbox One. The hype has been pretty unbelievable--Sony pushing Destiny as a big reason for Halo fans to jump ship to the PlayStation 4 with exclusive content (I know I did!) and both console manufacturers letting fans who haven't upgraded hardware get in on the  fun. There's a lot of good to be said for the hotly-anticipated "shared-world shooter," but Destiny is best taken with tempered expectations. 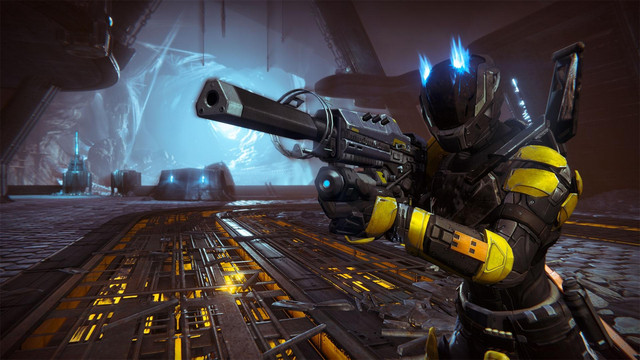 Destiny does something with its story that I absolutely love: it doesn't tell you much, and lets you dig deeper into the lore. You get a brief intro to a far-future world where humanity has colonized the solar system, where we awoke an evil (predictably referred to as the Darkness) that decimated us and forced us all to live in the Last City on Earth. From there, it's all about the now, and the game--aside from quick descriptions of other races, friends and foes, you're not told or even shown much about Destiny's world and story--all of that is left for the Destiny mobile app and its extensive Grimoire. Want to just play the game? Go ahead, it's a game, that's what you're supposed to do! If you want to know more, it's all in the app, and while some may balk at having "a game without story," Dark Souls was able to tell (or at least infer) a story and build a world without making you sit through interminable cutscenes... except for the few cutscenes in the game that you have to watch, because you can't skip them. Ever. 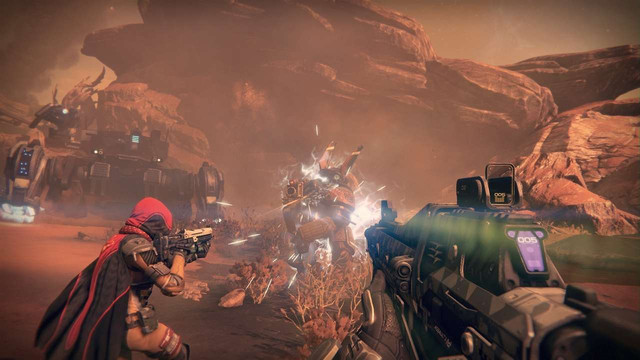 That being said, this doesn't leave a lot of single-player content. Destiny is touted as a vast, open shared-world shooter, but you can blast your way through the story in a few focused days, and then you're expected to do it all over again as one of the game's other classes, while making constant trips to the Tower, a hub town with shops and a task board (referred to as Bounties in-game). Feeling like the most basic of basic MMO plots, you hop from planet to planet, shredding through waves of enemies and collecting loot to increase your own strength, in the meantime gathering allies to fight a vaguely-defined threat. The bulk of the game is in PvE and PvP multiplayer, which I'll get to shortly, but Destiny is very light on single-player content and will not even let you start playing without connecting to the game's servers. 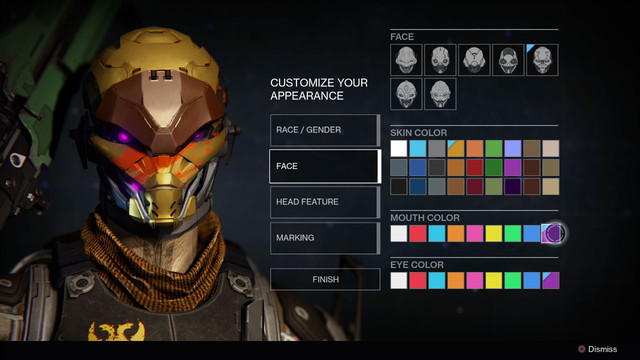 Given the choice of three classes (thief Hunter, fighter Titan, and mage Warlock) and three races (human, space elves Awoken, and robots Exo), you'd think there would be a rich variety of custom characters, but that's sadly not the case. Character creation is limited, to the point where I've run into at least three or four exact twins of my character in one night. Armor and gear is really the only way you'll differentiate yourself from other Guardians, and you don't get the chance to change your armor's colors until you hit level 20. That leaves classes--sure, you'll spend the bulk of your time aiming down the sights and dropping enemies with well-placed headshots, but Hunters are expected to hang back and deal heavy damage with sniper rifles, Warlocks deal in constant ability use and direct damage, and Titans serve in a support role, whether as bullet sponges or hit-and-run heavy weapons platforms. My usual three-man fireteam is a Titan (myself) and two Hunters, but you're encouraged to use one of each for a well-rounded fighting force. 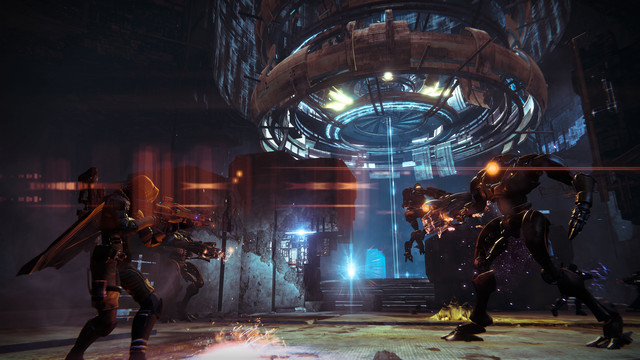 Destiny's real longevity comes from its multiplayer, the PvE coming in two flavors: Patrols and Strikes. While the story missions give you a direct path through part of each planet's sizable map, a Patrol will let you explore the entire map, checking every nook and cranny for loot crates, high-level enemies, and rare drops. While wandering each map, there are flashing beacons that let you take on quests from the Tower, such as killing a certain amount of enemies, surveying a location, or collecting dropped items. It's nice getting to just run free and pick fights when you want, but all these quests eventually blend together--even when playing with friends, you'll hear an annoyed sigh of "dammit, not one of these again." Occasional boss-level instances show up during maps, often requiring multiple Fireteams to band together to take out a high-powered threat. 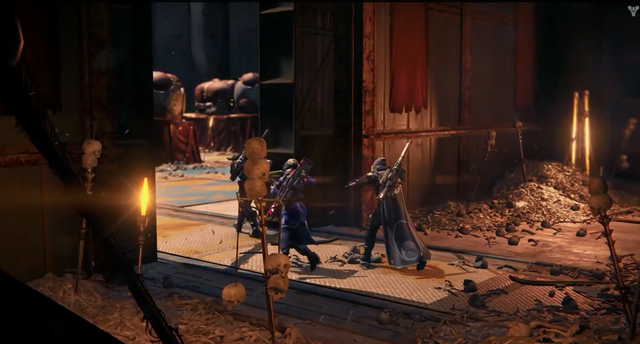 You'll need a three-man Fireteam to play Strikes (essentially Raids), huge boss battles that come at the tail end of a long, intense running fight. I'd heard a lot of absolutely justified complaints about Destiny's single-player, how it was repetitive and didn't go anywhere, but playing a Strike washed all that away. There's a real sense of teamwork, of shouting commands over your mic and taking on a raid boss and his adds, but with the fast pace and constant tension of a straight-up shooter. I'm not an MMO person in the least, but placing MMO elements into an action setting really hit the spot for me, reminding me of my days playing Phantasy Star Online back when it first came out. 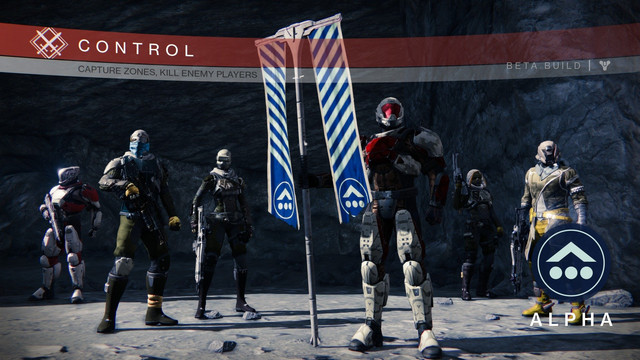 There's not much new in the PvP Crucible, giving the choice of basic multiplayer games like Control (King of the Hill), Clash (five-man Team Deathmatch), and Rumble (Free-for-All). However, I'm grateful that gear and abilities, designed to give an edge against overwhelming opposition in PvE, is balanced out in the Crucible, to the point where the game's starter rifle is a very useful tool for quite a long while. Choices that seem strange in PvE, like "grenades" working as cooldown-based abilities instead of consumables, work great in multiplayer when you see players getting smart with grenade choice and usage instead of just bouncing three around a corner and waiting to rack up their kills. Combat is a nice middle ground between Call of Duty's frenetic pace and Halo's methodical guns/grenades/melee trinity. While you're encouraged to stay aggressive and on the move, blindly running around levels is a great way to get taken out. 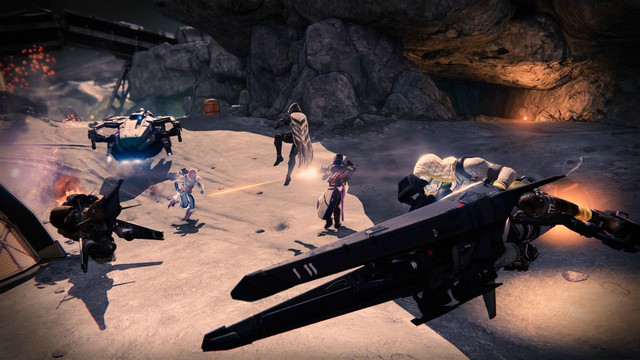 All that I've mentioned here builds up to... well... exactly what I've described. While it's built to last, there's just not a lot of content in Destiny. There are some design decisions that run from questionable (like the obviously-built-for-PC interface for a controller-only game that makes you hover over menu options) to forehead-slappingly dumb (yes, it's much better to have to go to orbit, wait for the orbit menu to load, then select the Tower from the menu, then wait for the Tower to load, then go to the Tower than just have a "Return to Tower" option at the end of a mission JESUS CHRIST WHO THOUGHT THAT ONE UP). I'll bring up the loading screen again, which you'll constantly see as you go from planet to planet or even in the middle of trekking across a map--Destiny has decently big maps, but we're not talking Grand Theft Auto V here--there's no reason for a game that's installed on my hard drive to be loading this constantly. 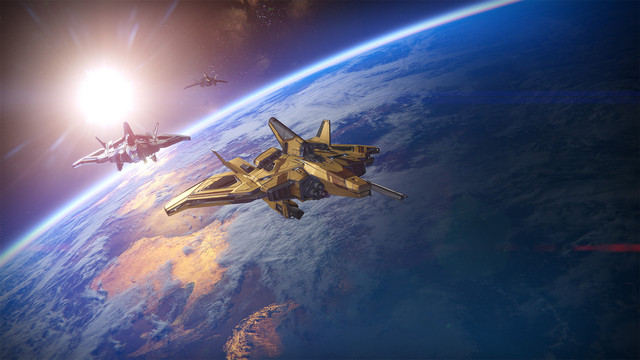 I've also had spotty online on PSN, regularly getting booted out of Fireteams and Patrols for no reason at all. As I've mentioned, cutscenes can't be skipped, nor can they be paused... nor can any part of the game be paused. As Destiny is always online, the only way to genuinely, safely pause the game is to be in the Tower--pause any time during a Patrol or Strike, and you're left standing there, free for enemies to attack. I also felt that there was a pretty clear imbalance favoring Hunters for both PvP and PvE, but that should eventually get ironed out through future updates. 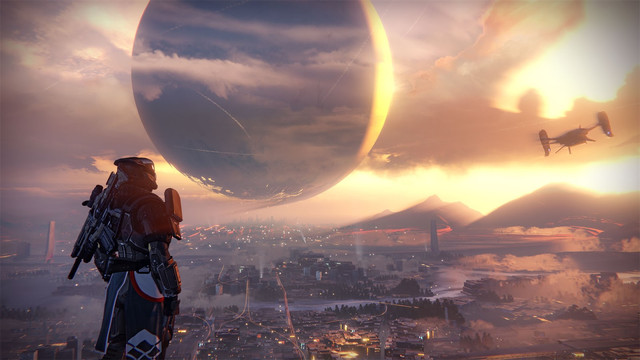 Back during Destiny's beta, I (correctly) made the assumption that the full version of the game would basically be the beta, but bigger. Through a combination of publisher hype and player expectations running wild, Destiny has been sold as a larger-than-life, massive improvement on the shooter genre, when really it's just a solidly-made shooter with big maps, light RPG elements, and fun multiplayer on both the cooperative and competitive fronts. I can't stress the importance of that multiplayer enough--if you're playing on your own, you'll get tired of Destiny fast. But if you bring friends along, I think you'll be heading back into the breach again and again for weeks as you add to your stock of war stories. Destiny isn't a game-changer, but I don't think it needed to be in the first place.

+ Cooperative multiplayer is some of the most fun you'll have playing with friends in a new title...

+/- Lengthy endgame and multiple classes stretch replay value, but will you even care after your first completion?

+/- Lore isn't really told in-game, but set aside in a mobile app--your mileage may vary on this

- Limited single-player content, and no way to play the game offline

- Unskippable cutscenes, never being able to pause, an unintuitive menu setup and other absolutely brilliant decisions make Destiny feel half-assed, even after how long it's been in development