Measuring the Power Levels in "Food Wars! Shokugeki no Soma"

It's tough to compare cooks. 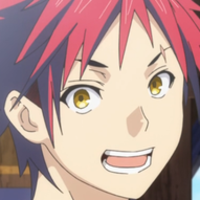 I don’t know much about cooking, but I really like Food Wars! Shokugeki no Soma. A lot of it simply comes down to how well-written it is. The characters are likeable, and the conflicts are clear and easy to follow. The series is especially good at getting you pumped up for the food battles by using the same dramatic techniques you’ll see in many classic shonen manga—set up a scenario with nearly impossible odds, and watch the hero come up with a brilliant trick to win by the skin of his teeth.

In many ways, Food Wars! is basically any good adrenaline-filled shonen battle series, just with food instead of fists. But the cooking isn’t just a gimmick that could be replaced by martial arts or a strategy game. The nature of cooking shapes the battles themselves. Not all the confrontations take the form of one-on-one battles, and the victory conditions are not always the same. Even judging the quality of a dish can be subjective. Food Wars! stands out among other shonen series because it’s actually pretty hard to discern the “power levels” of its characters. Even when the show sets out an explicit hierarchy, it constantly makes you question who the “strongest” chef is in any given scenario. 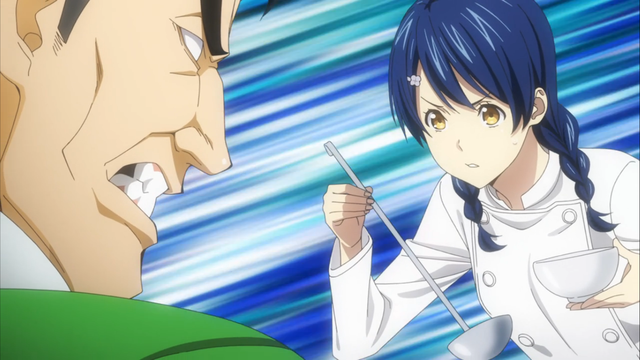 What Does it Mean to Be a Chef?

Being a chef is a tough job, and not everyone competes on the same level. Only a small number of chefs receive high-level ingredients and an infinite amount of time to cook the perfect dish. Many of them are in a race against time to satisfy as many customers as possible. Even if cooking ability and experience are necessary for all chefs, a shokugeki is a very different situation from running an understaffed restaurant, and Food Wars! is well aware of this. This is why no two challenges depicted in the series are exactly the same.

For example, the Moon Festival in The Third Plate is a contest of sales over a five-day period. To win, you don’t just need to cook well—you essentially need to run a business. Some students have a head start because they have more resources and their names have brand power, which mirrors the real-life tensions between local restaurants versus established chains. Nevertheless, Soma is able to hold his own against an overwhelming foe because he analyzes the customers and calmly applies his business acumen. 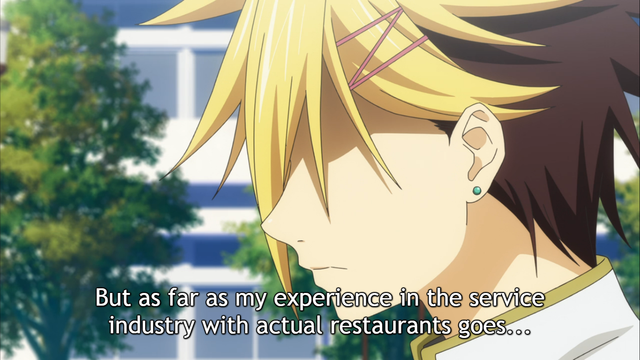 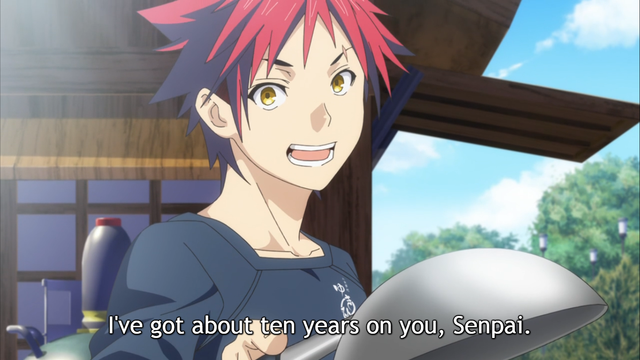 Does that mean he’s exactly as good at making Chinese food as Kuga, his opponent? Probably not! Soma tries to make a Mapo Tofu like Kuga’s, but Erina tells him that it’s not good enough. This point is also hammered in when Megumi tries his food, and Soma himself notes that it’s just spicy and has none of the appeal of Kuga’s cooking. Soma eventually makes a Chinese-style dish of his own, but it’s only loosely based off an existing Taiwanese dish and doesn’t compete at all when it comes to spice.

The question of who’s the better cook between Kuga and Soma is never entirely answered through this arc, because both characters clearly have their own strengths. So how do you go about measuring their power levels? I would say it comes down to the situation, and who is better at satisfying the needs of the person eating their dish.

Who Are Those Dishes Meant to Please?

The Third Plate introduces Erina’s father, a character who reeks of “villain” through his every pore. I doubt that many people will agree with what he says about how only “refined” people deserve to eat fine food. 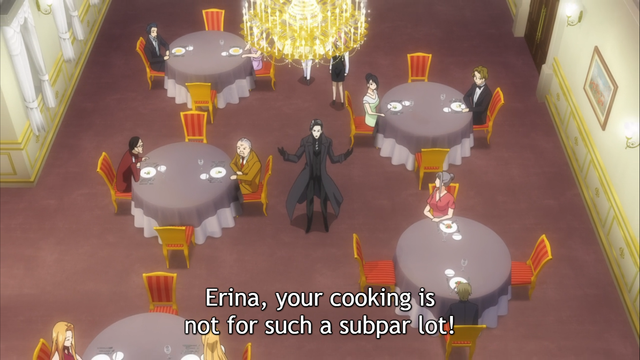 In terms of who judges food, though, he may have a point. As someone who doesn’t know much about cooking at all, I would not be qualified to be a food critic, and I would not be a judge for a shokugeki.

But that doesn’t mean that my tastes wouldn’t be important at all in the Food Wars! universe. In cases like the Moon Festival where the characters need their food to appeal broadly while preparing it quickly, ordinary people are the ultimate judges. Food Wars! never forgets that there’s an art to fast food. In fact, Soma is well-known for his ability to create relatively simple dishes that can wow even the most hardened food critic.

Let’s go back to the question of judging a Shokugeki, though, because the series points out that not even the judges of a Shokugeki can always be objective. The idea that judges can be influenced into favoring a particular contestant over the other is brought up in The Third Plate, and this is naturally a disturbing notion to the characters. If there is no higher authority to accurately judge the quality of a dish, how can the characters prove themselves? As the season unfolds, we may see an answer to this question. 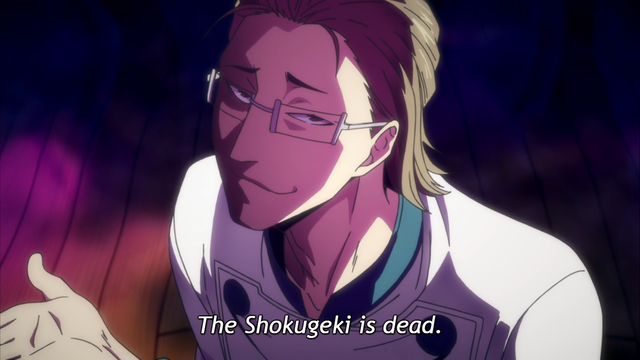 So in the end, measuring the power levels of the characters in Food Wars! is difficult, but for what it’s worth, I think the series does prize one skill over all the others: flexibility. Soma can consistently win his battles, no matter what his competition is, because he is versatile. He can do fancy, and he can do simple. He knows how to run a restaurant and bring customers in. He can create excellent dishes on the fly, and with limited resources to boot.

Also, as a side note, I can imagine that Soma’s dishes would appeal to me best. At the end of the day, most of his dishes are variations of common food, after all. That in itself doesn’t mean anything much, but when Soma can consistently appeal to so many different tasters under so many different constraints, it does lend credence to the idea that he has very high power levels as a chef.