Could Lupin the 3rd Part 5's "PeopleLog" be closer to reality than we think? 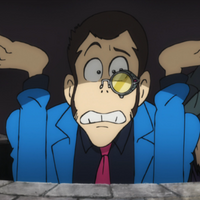 The world’s greatest thief faces his toughest challenge yet in the latest arc of Lupin the 3rd Part 5! This time however, it isn’t a priceless heirloom ripe for the picking, or even Inspector Zenigata, for that matter. The brainchild of tech giant Shake Hands, "PeopleLog" is an AI powered service programmed to scour the net for information on anyone. Simply input a name or take a photo of your subject, and their life will be laid bare on your phone.

Despite Inspector Zenigata calling it an invasion of privacy, Shake Hands' President Enzo Bron reassured everyone present that all information used is publically available, and PeopleLog proceeded to take the world by storm. Couples use it to expose cheating partners, employers in screening applicants, and even the police in predicting the escape routes of the world’s greatest thief! With the world knowing their every step both past and present, this has created quite a problem for Lupin’s gang, but surely it’s all just in the realm of fiction, right? 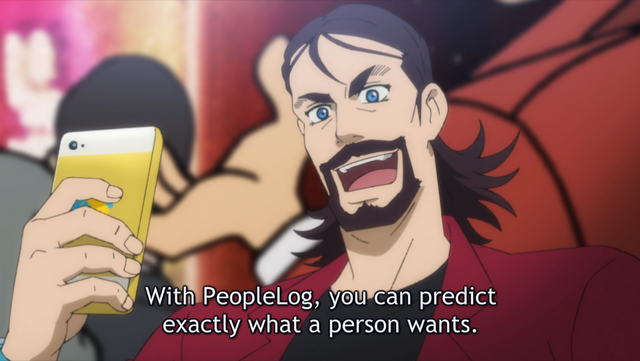 As a frequent social media user, this story arc got me thinking. We all have that one relative who shares everything, but how much do we self-proclaimed social media savants share without realising it? Then, like how PeopleLog was able to determine that Goemon’s favourite part of a grilled salmon is its skin, could advertiser data deduce my own tastes?

When an elderly gentleman shared a photo of his wife, snapping a dining Lupin in the background exposed his location to the world. Browsing my own posts, I was relieved to discover that I rarely tag my location, except for those rare times where I want to show off that I’m on holiday, of course. When I did however, tracking me down would be as easy as following Lupin’s journey through a Parisian sewer.

This summer, I visited the English seaside city of Brighton, and while I refrained from posting any selfies, I may have inadvertently shared something even more personal: my exact location. Coming across a sushi restaurant called “Happy Maki,” the Love Live! fan in me couldn’t resist posting a photo online. However, a quick search reveals not only the restaurant's full address, but when used in conjunction with Google Maps, its surrounding area - and mine at the time. If anyone had cause to track me down, like if I were an internationally wanted thief, that one Love Live! joke may have just cost me everything... 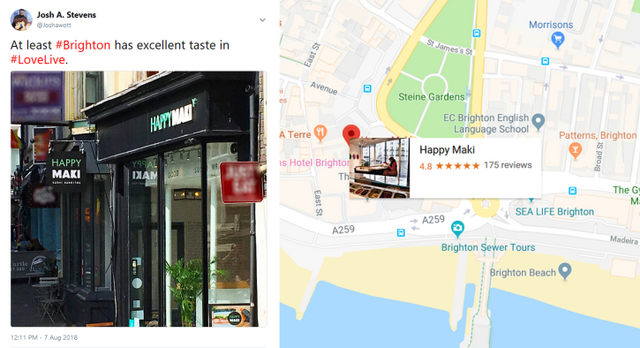 As well as figuring out where I am, I was also curious to see if social media could tell people who I am. Collecting bits and pieces I’ve added to profiles on various sites, it was quite a wake-up call to see how much personal information I’d willingly exposed to the world. It didn’t take me long to find my full name, date of birth, marital status and even where I went to school. I’m only a mother’s maiden name away from disaster!

Another prominent feature of Lupin the 3rd’s PeopleLog, are algorithms that use the data of both yourself and similar people to determine how likely certain statements are. With the closest we have to that right now being advertiser data, I requested just that from leading social media platforms. The very long lists I received in response were worrying right on the money sometimes, but not always.

I make no secret of my love for Marvel’s superheroes, posting about pretty much every film based on them, but I was surprised to see multiple hits for only one: Doctor Strange (my love of anime must have been misinterpreted as interest in the Japanese release?). The interesting question here is why the same didn’t happen for their other films, unless existing algorithms have correctly deduced that my favourite superhero is the Sorcerer Supreme! Also, yes, I was included in audiences targeted by adverts for the Japanese Symphogear XD mobile game, so social media algorithms definitely know about my love for that anime! 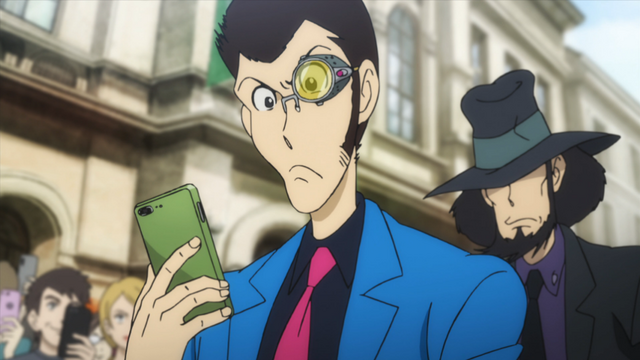 Other times however, they have been less than accurate. As a gaming fan who works in the film industry, it wasn’t surprising to see accounts for video games and movies in my advertiser lists. However, liking one TV show from a network doesn’t mean I’m interested in every one they have, even from different genres!

Even those accounts however, were dwarfed by a plethora of car manufacturers and gambling websites. However, as I’ve yet to have a single driving lesson, and have only ever purchased a single lottery ticket, clearly their algorithms aren’t quite up to "PeopleLog" standards yet!

While we may still be some years away from Enzo’s totalitarian vision, perhaps we should take this iconic franchise’s latest caper as a cautionary tale about what we share on social media? Especially if you’re a world famous thief!

Are you ever concerned by what you or others share online? Let us know in the comments, and don't forget to watch the latest episodes of Lupin the 3rd Part 5 on Crunchyroll today!