With Golden Kamuy concluded for the year, we take a look back and see what made this show so riveting and enjoyable to watch! 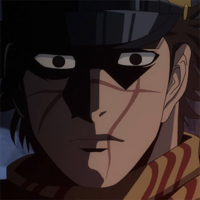 What makes Golden Kamuy so enthralling? One could say it’s the setting and history, taking place after the Russo-Japanese war. Another could say that it’s the mind game of finding gold, with characters left and right having different motivations to retrieve it. Or one could say it’s the brutality, as the series never shies from violent battles, harsh nature, and high stakes. I would argue that in many ways, these are all traits that make the show good, but what makes Golden Kamuy great isn’t just its plot, but rather, its fascinating insight on moral ambiguity and what factors drive a human being to act desperately and cunningly.

One thing that makes Golden Kamuy stand out from other shows this season is how it construes the idea of “good vs evil.” Many shows tend to have a straightforward moral alignment: we have the heroes, who persevere and stand for good, selfless motives, and then we have the villains, who have insidious motives and are selfish. This isn’t an inherently bad idea: it makes the plot more digestible, and characters easier to group together. Golden Kamuy however, takes this stance a little differently. All of our character are united in one goal: to find the lost Ainu gold. Therefore, the playing field is leveled, as no overarching hierarchies are formed amongst teams. All rules are fair, and no one has a supreme advantage over the other.  This is important, because it means that playing dirty is a mechanism that any—and every— character will use to survive, which ties deeply into Golden Kamuy’s central thesis about overcoming odds. The only difference in characters is the extent to what they will do to retrieve the prize; anything other than that is completely fair game.

What this does mean for our characters is that they all are scattered on a moral compass scale. To help understand this on a more visual level, I have here, the favored Dungeons and Dragons Alignment chart. 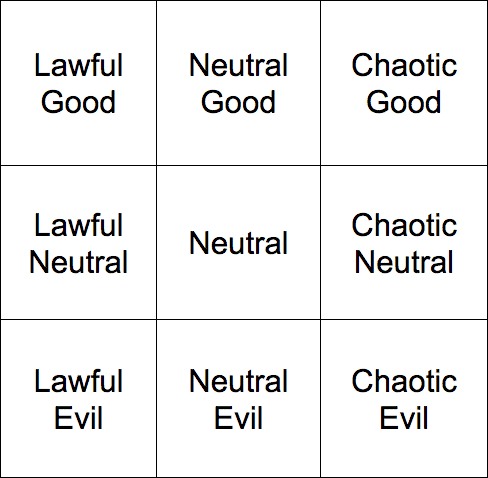 As you can see, very few characters in Golden Kamuy alone fit the “lawful good” nature that most idealistic character have in anime. Most seem to go towards the “true” or “chaotic” behavior. This make sense, after all, concepts like lawfulness, honorability, and virtue mean little in the stakes of this journey. That said, our “heroes”, or group of Asirpa, Sugimoto, and Shiraishi, are probably the closest thing we can find to being “lawfully good”.  While they’re not afraid to wound or kill if it’s absolutely necessary (their survival is at stake), they would prefer not to kill anyone but animals for hunting purposes. It’s still safe to say however, that their motivations for retrieving the gold are selfish and personal. Asirpa wants the gold for revenge against the people who overworked her father and people for the gold. Sugimoto wishes to use it to help provide for his dead comrade’s wife. Shiraishi wants it for himself alone. 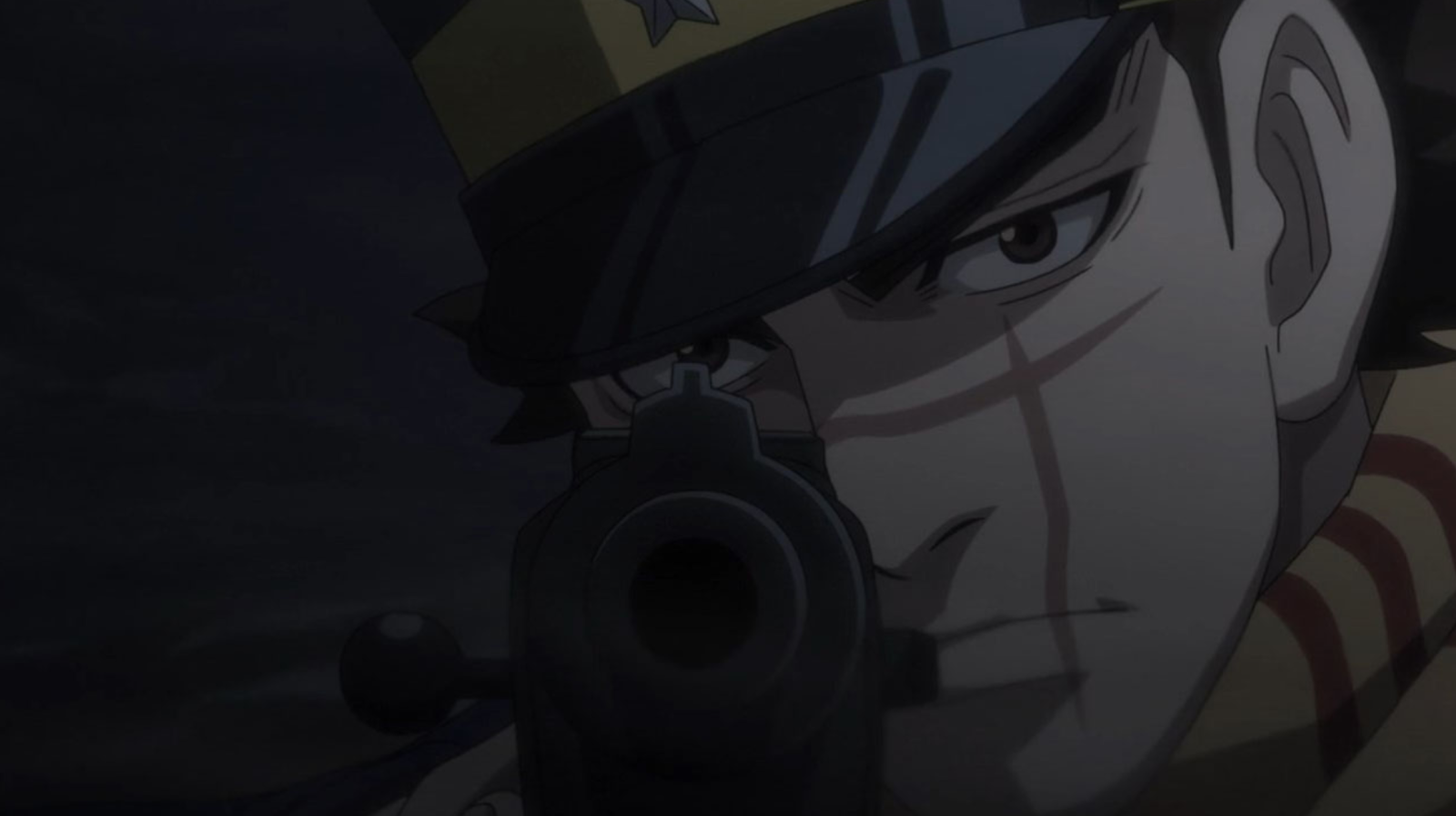 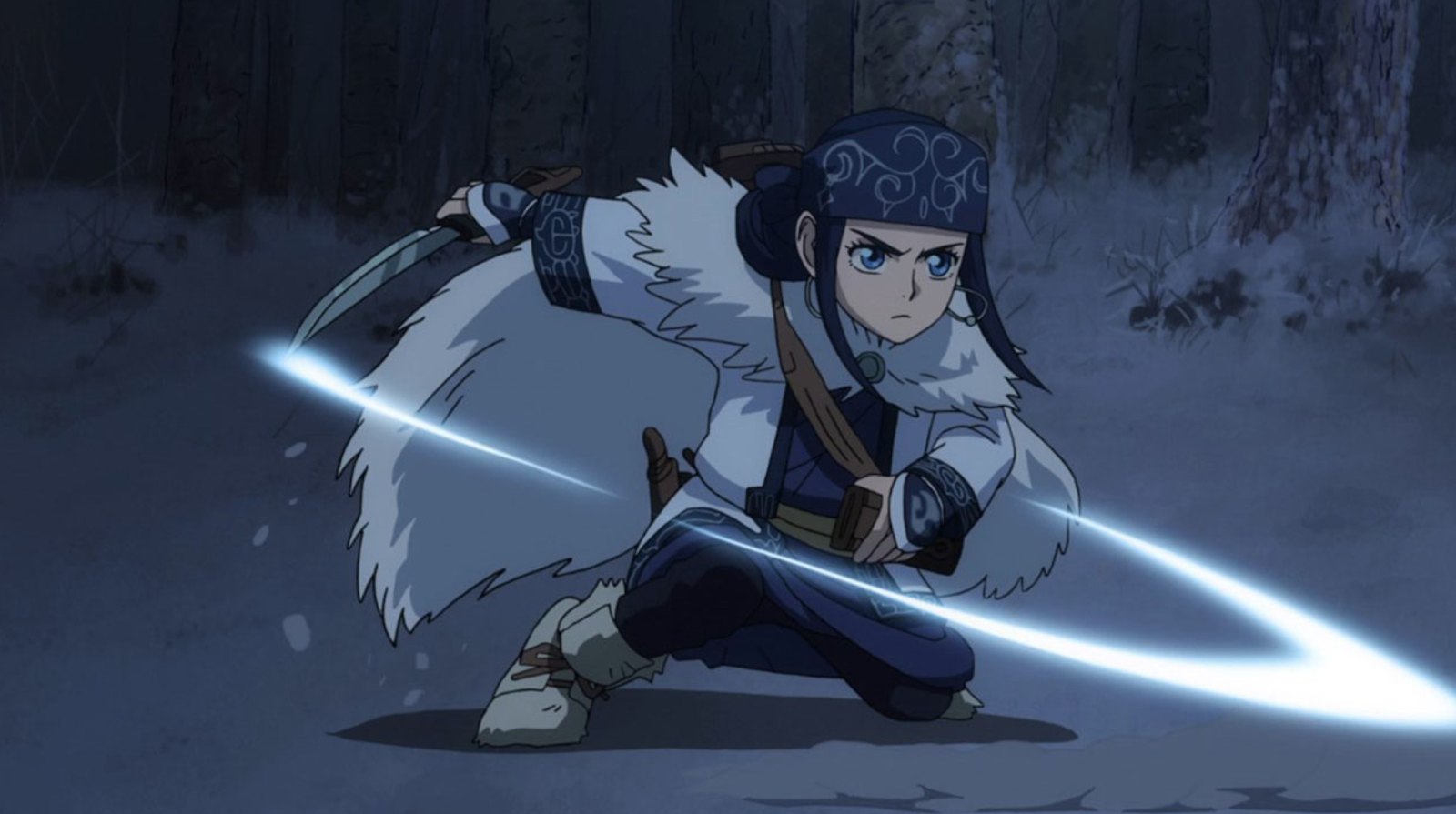 On the more neutral ground is Hijikata and his crew. At first glance, Hijikata seems like a Lawful Neutral type: his morals and beliefs embody heroism, as he is willing to put away his own personal issues for a greater kind of good. He tries to avoid bloodshed if possible, and in his past, he even was once a part of peacekeeping soldiers during the war. However, this deception slowly crumbles away when you realize what his ultimate goals are: to find the gold for nationalistic and political purposes. Hijikata strongly believes in the vision of Japan becoming a superior nation, and is willing to do whatever it takes to survive and achieve this goal. While he may not always want to kill everyone he sees, he’s absolutely in love with battle itself. Any engagement to him is similar to a duel to the death, and in his mind, what makes a cause worthwhile is how many people are willing to die for it to happen. It’s a similar drive that’s shared amongst his group: Ogata for instance, seems rational and clam, but it’s really pragmatism to a disturbing extent; he has no issues slowly wounding people and taking them apart. 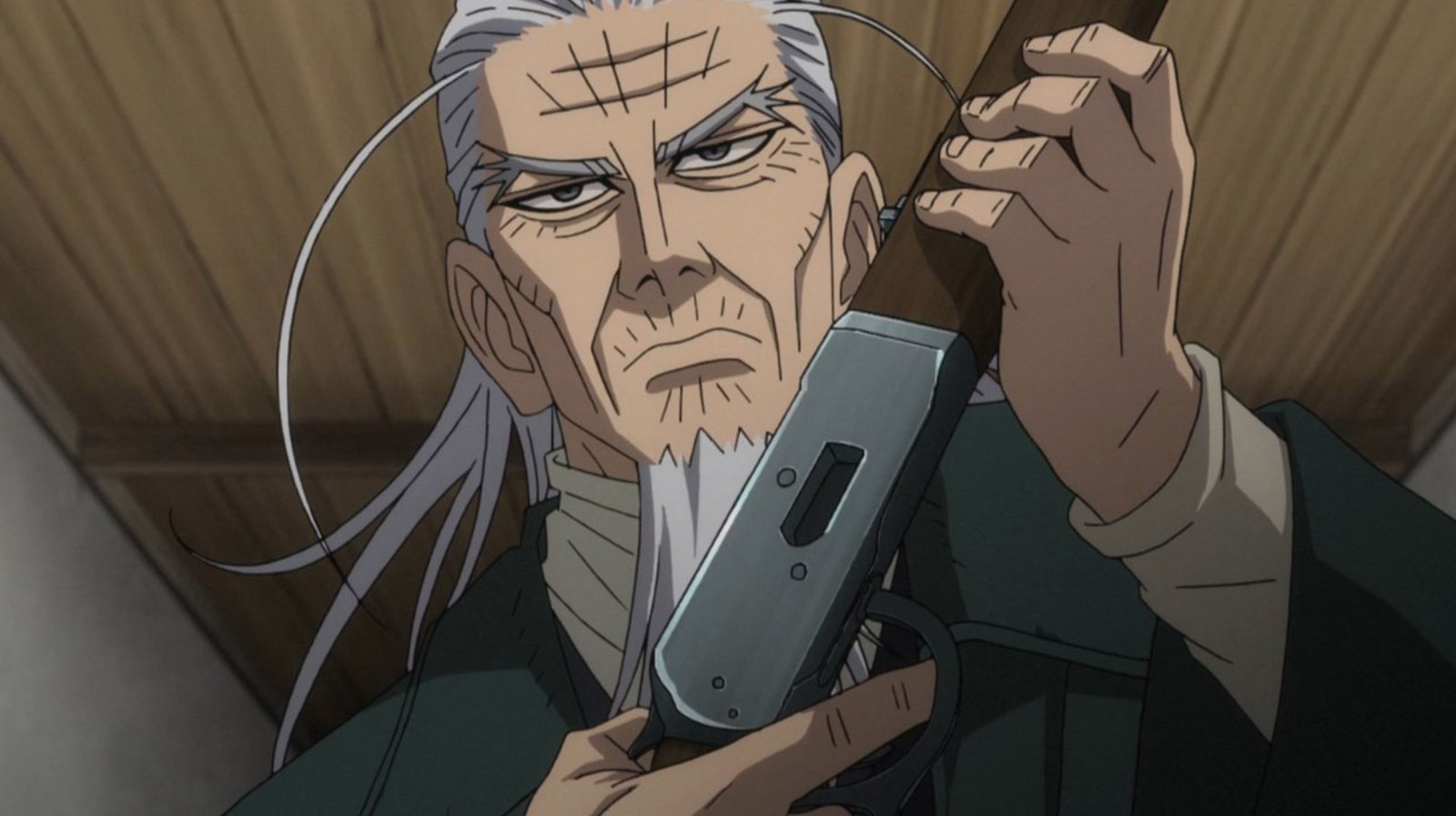 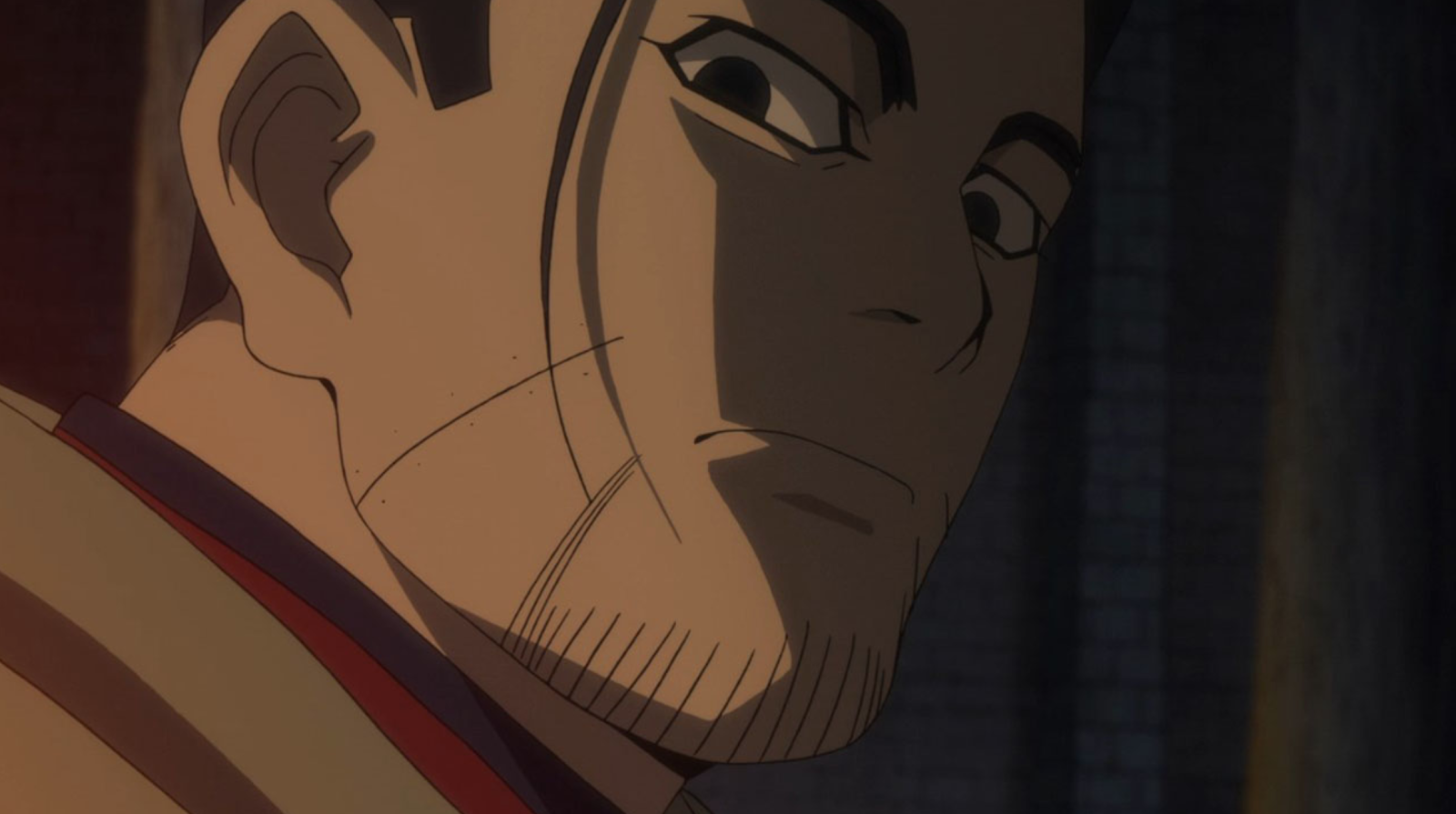 Last but not least is the completely other side of the chart. I’m talking about pure, chaotic evil; the ones that make no sense, and are all the more exciting for it. No one else comes better to mind here than Tsurumi and the Hokkaido 7th Division. While Golden Kamuy’s moral alignment is already skewed in favor of chaos, Tsurumi and his minions take it to a completely new level with their bloodlust and irrationality. Sure, Tsurumi has no problems torturing his enemies to death to get what he wants, but he also enjoys it. His bloodlust is easily apparent the first time we meet him, and it only seems to grow more sinister as he becomes more serious about getting the gold. It’s precisely this cold but gleeful attitude of his that makes him terrifying to not just our main characters, but his own team. Because Tsurumi is so unpredictable to foes and friends alike, he’s considered the most dangerous opponent in the greater scheme of things, but it’s also this fact (plus many other qualities, like his manipulativeness and ruthlessness) that makes him absolutely fascinating to watch. Sure, we’ve got morally fascinating characters, but cohesively, how does that make Golden Kamuy so captivating? The show sets a standard for how inherently good people that you root for doesn’t necessarily make for a fun, compelling story. More often than not, people with complicated motives are what makes the series fun. It also brings up the question of whom to root for, and not just because there are more than one good group. Are these people worth rooting for? And why so? In watching Golden Kamuy, we in turn, look at our own moral standards and how they are in comparison with the characters. It’s a perfect example of how fiction can be a mirror, reflective of our own behavior and mindsets, and it’s that kind of dynamic that makes me want to get up and watch every episode as it comes out. Last but not least, these characters make the story unpredictable. We don’t know who will get the gold in the end, but it’s far more than that. Who will turn sides? Who will die next? Golden Kamuy’s narrative continues to weave in and out, keeping us on our toes as we too, try to figure out what comes next.