Why You Absolutely Need to Check Out Pokemon: Twilight Wings!

Today let's break down the unique history beyond one of Pokemon's finest animated productions! 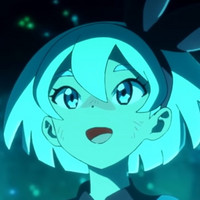 Hello all, and welcome back to Why It Works. Today I’d like to talk about one of this season’s finest anime - an anime that actually fits outside of the usual seasonal model, and which is already mostly available on YouTube. Along with the usual Pokemon series starring Ash and his companions, the release of Pokemon Sword and Shield has been accompanied by an entirely different animation project: Twilight Wings, a series of shorts focusing on the different gym leaders of the Galar region, and celebrating their daily life within Pokemon’s magical world. Today let’s explore just what makes Pokemon: Twilight Wings so special! 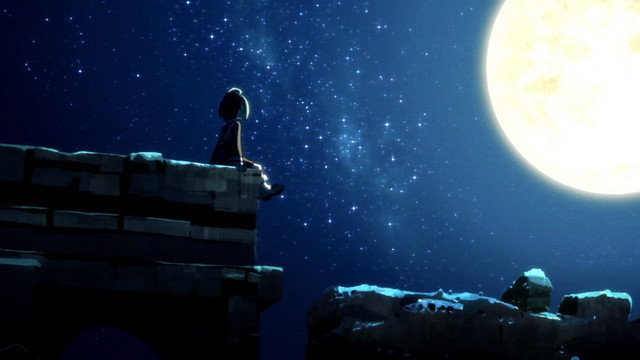 Pokemon has actually been experiencing something of an animation renaissance lately, starting with the distinctive character designs and animation ethos of its last season, Sun and Moon. Foregoing Ash and his companions’ traditionally angular character models, Sun and Moon presented versions of these characters with more curved features, thinner lines, and overall models that could be squashed and stretched in all sorts of evocative ways. Though these changes were far from the first updates to Pokemon’s aesthetic, they resulted in a change like few others, turning Sun and Moon into one of the most visually dazzling and just-plain-fun eras of the Pokemon franchise, with the season’s softer curves and lighter linework enabling incredible feats of both expression work and battle animation.

This focus on fluid, evocative animation and minimalist linework carries over clearly into Twilight Wings, which uses light and shadow to gorgeous effect, and presents stories driven largely by visual storytelling, rather than overt narratives. The soft edges and fluid shading make Twilight Wings feel almost like a world you could step into, while the rich colors and impressive sense of scale make Pokemon’s universe feel both alluring and perhaps just a little dangerous. Twilight Wings episodes are a genuine sensory experience — not “a story in the Pokemon world,” but vignettes that actually capture the feeling of living in a world surrounded by Pokemon. 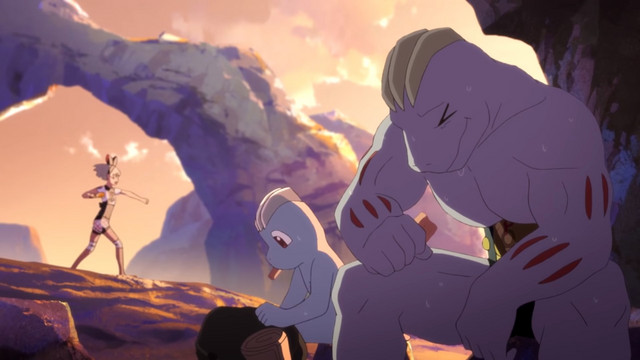 Given this focus on expressive animation and light linework, as well as overall compositions rather than character-focused cinematography, it makes perfect sense that Twilight Wings is being directed by one of animation’s new titans: Shingo Yamashita. As one of the most talented and unique animators of recent anime, Yamashita is probably best known for his work on the Naruto franchise. In fact, Crunchyroll even conducted an interview with him just last year regarding his history in the industry, along with another interview focusing on his recent work directing a League of Legends short.

As the quasi-infamous Pain battle that introduces that first interview can attest, truly fluid, expressive animation can actually get a bad rap at times within the fan community. Fans have a tendency to isolate individual frames of exaggerated motion and claim that their distance from the “generic model” means they’re actually a failure of animation. Exaggerations that facilitate fluid, dramatic movement are robbed from their context, with the interpretation and impressionism inherent to any visual art reframed as a failure to present a photorealistic fantasy. 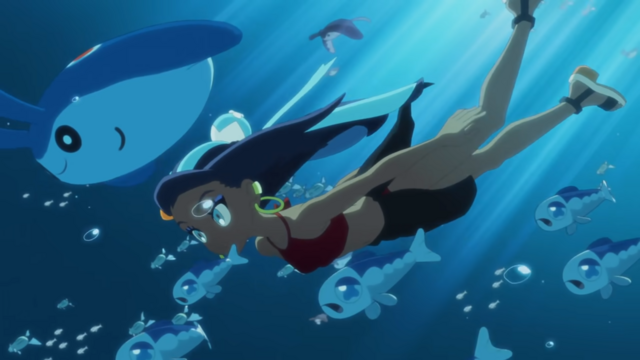 But in truth, animation has no obligation to present a completely rigid, stable model of human behavior. One of animation’s great strengths is that through its ability to warp and distort figures, it can present intellectual concepts as immediately parsable visual theater. We can “feel” the humor of an exaggerated reaction, and we can sense the tension and speed of a figure through the way they’re distorted by a massive punch. The ability of animation to contort figures in order to express greater drama or emotion is one of its defining features — and it’s that very strength that has guided Pokemon’s recent stylistic changes, as the franchise has embraced more and more dramatic tools in its pursuit of satisfying, visually alluring drama.

While fan opinions may vary on the best approach to animation, the industry has certainly taken note of Yamashita’s talents. Yamashita has been acclaimed for years for his gorgeous work animating opening and closing songs, from the transcendent From the New World to his many key Naruto contributions. And he’s also made key contributions to some of the major “webgen animator” productions of recent years, productions led by a new vanguard of animators raised on digital tools, like Birdy the Mighty: Decode and Yozakura Quartet. 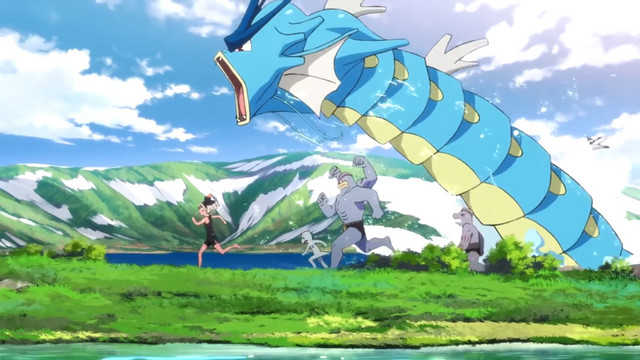 In Yamashita’s hands, Twilight Wings is a visual wonder, and a celebration of the Pokemon universe unlike anything else. I hope you’ve enjoyed this exploration of the finer points of modern animation, and urge you to check out the Twilight Wings shorts, as well. It’s never been a better time to be a fan of Pokemon!

Have you checked out the Twilight Wings shorts? Let me know your favorite one in the comments!