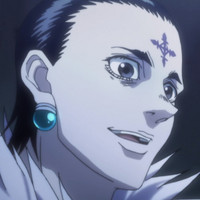 Hello everyone, and welcome back to Why It Works! With the world still stuck in perpetual lockdown, I’ve been continuing my recent rewatch of Hunter x Hunter and finding new elements of interest all throughout its winding adventures. Recently, I watched through the arc that essentially serves as the series’ current midpoint, Yorknew City. There, Kurapika works to hunt down the assassins who murdered his tribe, while Gon and Killua attempt to secure a copy of the rare game Greed Island, all in the context of a massive mafia auction involving hundreds of armed guards and dangerous Nen users. It’s a thrilling arc by all counts, and it’s also the first arc to exemplify one of Hunter x Hunter’s greatest strengths: its ability to rise above the expectations of shonen action and embrace the narrative tricks and stylistic appeal of a wide variety of genres. 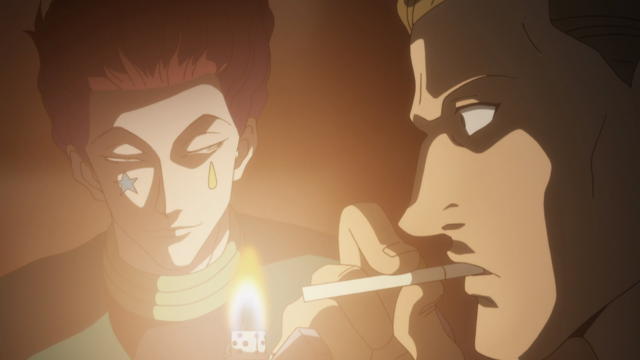 Hunter x Hunter is far from alone in its genre-blending appeal, even among major shonen properties. To be frank, the base structure of “we wander around fighting progressively harder enemies, perhaps in the service of some larger enemy-fighting organization” gets stale after the first few times you experience it. Stories that lack a sense of larger structure and purpose have a tendency to feel dramatically unsatisfying or lacking in momentum — and while shonen action provides a natural template for things like gaining powers or making new friends, it doesn’t inherently lend itself to a clean, self-contained narrative structure.

Because of this, many of the best shonen properties draw heavily from other genres, supplementing their inherent action appeal with stylistic flair, structural cohesion, and dramatic hooks imported from other fields. JoJo’s Bizarre Adventure draws heavily on horror films from throughout history, building episodes and full arcs out of concepts like “what if Child’s Play was a Stand battle” or “what if The Night of the Hunter was a Stand battle.” Meanwhile, One Piece consistently captures the unique thrill of swashbuckling adventure films, embracing both their irreverent comedy and a sense of excitement borne from pure travel and discovery, even in the absence of any outright battles. Through combining genres, these properties arrive at styles that feel exciting and unique, as the base appeal of high-stakes battles is multiplied by the layered tension of a great thriller or the disorientation of an effective horror film. 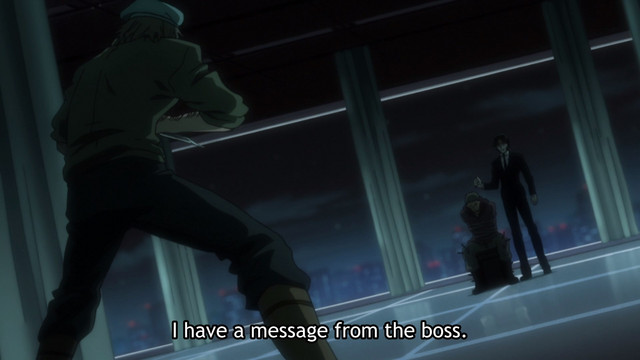 In Yorknew City’s case, Yoshihiro Togashi draws heavily on noir and crime dramas, crafting an arc that is full of “shonen characters,” but is structurally much closer to a book-length thriller. Kurapika, who has been defined by his calculating nature and slow-burning anger from the start, here adopts the role of a classic noir detective: a cold man haunted by old demons, hungry for vengeance, and likely to destroy himself along the way. Meanwhile, the assassins he faces, known as the Spiders, form a perfect crime syndicate counterpoint: a loose alliance of dangerous and unstable warriors, plagued by their own suspicions of sabotage and mistrust.

Between Kurapika and his friends, the encroaching Spiders, and the actual mafia families conducting the formal auction, Yorknew City feels ambitious and sprawling, yet also urgent and propulsive. The inherent focus offered by central characters like Kurapika and Gon actually helps clarify the potential disorientation of a story with so many factions, and the active flow of information across the various groups gives the story a clear sense of cause and effect. In fact, that flow of information — of both knowledge and trust — is crucial to Yorknew City, and a big part of what makes it “feel” like a crime drama. 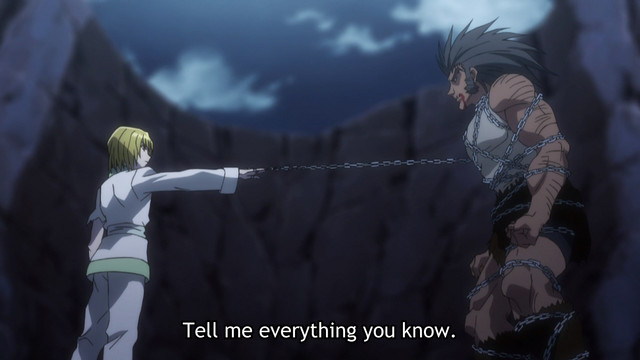 Every major faction in Yorknew City is essentially doing their own detective work and hoping to identify their enemies before they are identified in turn. Kurapika wants to know where and who the Spiders are, as well as any of their powers or weaknesses. In keeping with this focus, Kurapika’s powers are centered around being a detective, as he has developed the ability to tell truth from lies and interrogate opponents while keeping them physically detained. Meanwhile, the Spiders want to know if they have a mole, if they’re being followed, and ultimately, Kurapika’s own identity. And even the mafia’s greatest power is defined as information gathering, through the mafia princess Neon’s ability to write cryptic but accurate fortunes for anyone she chooses.

The whole scenario works because the Spiders are essentially an unbeatable foe. Even if all the main characters got together and teamed up, they couldn’t possibly overcome the Spiders' physical advantages. Because of this hanging threat of unquestionable death, concealing information becomes key, and protecting your identity most crucial of all. Attempting to overcome an unbeatable foe through misdirection and cleverness is something Hunter x Hunter has embraced throughout all of its arcs — but here, that technique is applied to a city-crossing, multifactional game of cat and mouse, rather than just one individual battle. 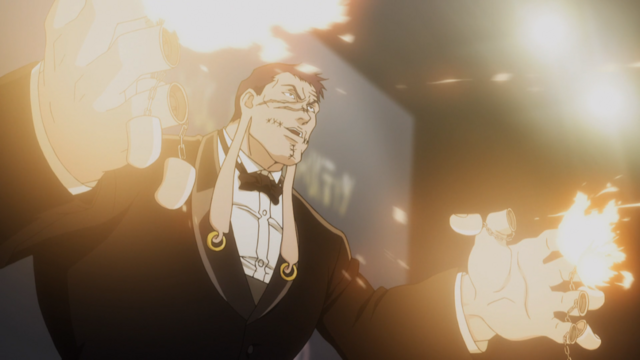 The end result is an arc that is able to elevate its inherently exciting fights with an incredible degree of tension and larger narrative consequence, creating a story that feels like a white-knuckle standoff from start to finish. Rather than drawing focus from the action scenes and central characters, Yorknew’s mafia drama pretensions actually let the story expand its dramatic reach and appeal to us in new ways, offering an arc with the snappy, interlocking pieces and consistent tension of a great crime film, as well as the creative fights and rich characters it’s been offering all along. Combining these genres doesn’t diminish any of them — it simply compliments the strengths of one with the strengths of another, replacing the structural simplicity of a shonen tournament with the narrative intricacy and exciting twists of a crime drama, but keeping all the fun of the actual shonen fights.

Ultimately, Yorknew City is great because Togashi himself clearly reads and watches a broad array of media, and draws ideas from a variety of places in order to enrich his own work. If you only read or watch one kind of story, the stories you yourself imagine are probably going to take roughly that same shape, and likely not offer much to people who’ve already read plenty of that kind of story. It is by drawing broadly that storytellers expand their horizons and artistic potential, allowing them to craft works that fuse genres in compelling new ways, letting the strengths of one structure compliment the strengths of another, and drawing unique ideas from wherever you find them. 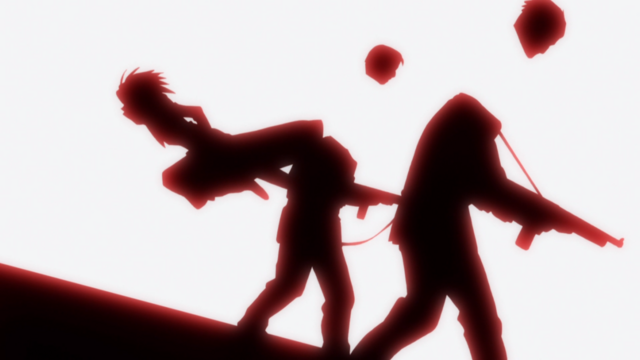 Togashi is a master of drawing broadly, and the effectiveness of the Yorknew City arc is a testament to its importance as an artistic tool. I hope you’ve enjoyed this exploration of genre-splicing in storytelling, and please let me know your own favorite examples of times when anime have explored beyond their own genres and triumphed as a result in the comments!