FEATURE: What Are Your Favorite Musical Cues in Anime? 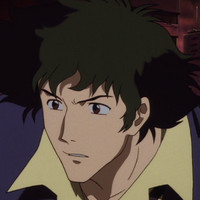 Hello everyone, and welcome back to Why It Works. Sometime last week, while scanning through recent anime news, I learned that the soundtrack for Cowboy Bebop, along with several other classic anime, had just popped up on streaming music services. If you’ve seen Cowboy Bebop, I’m sure you’re aware of the power of its music — but for those who haven’t, you should know that the show’s soundtrack is an incredible achievement, and easily as impressive as its writing or animation. 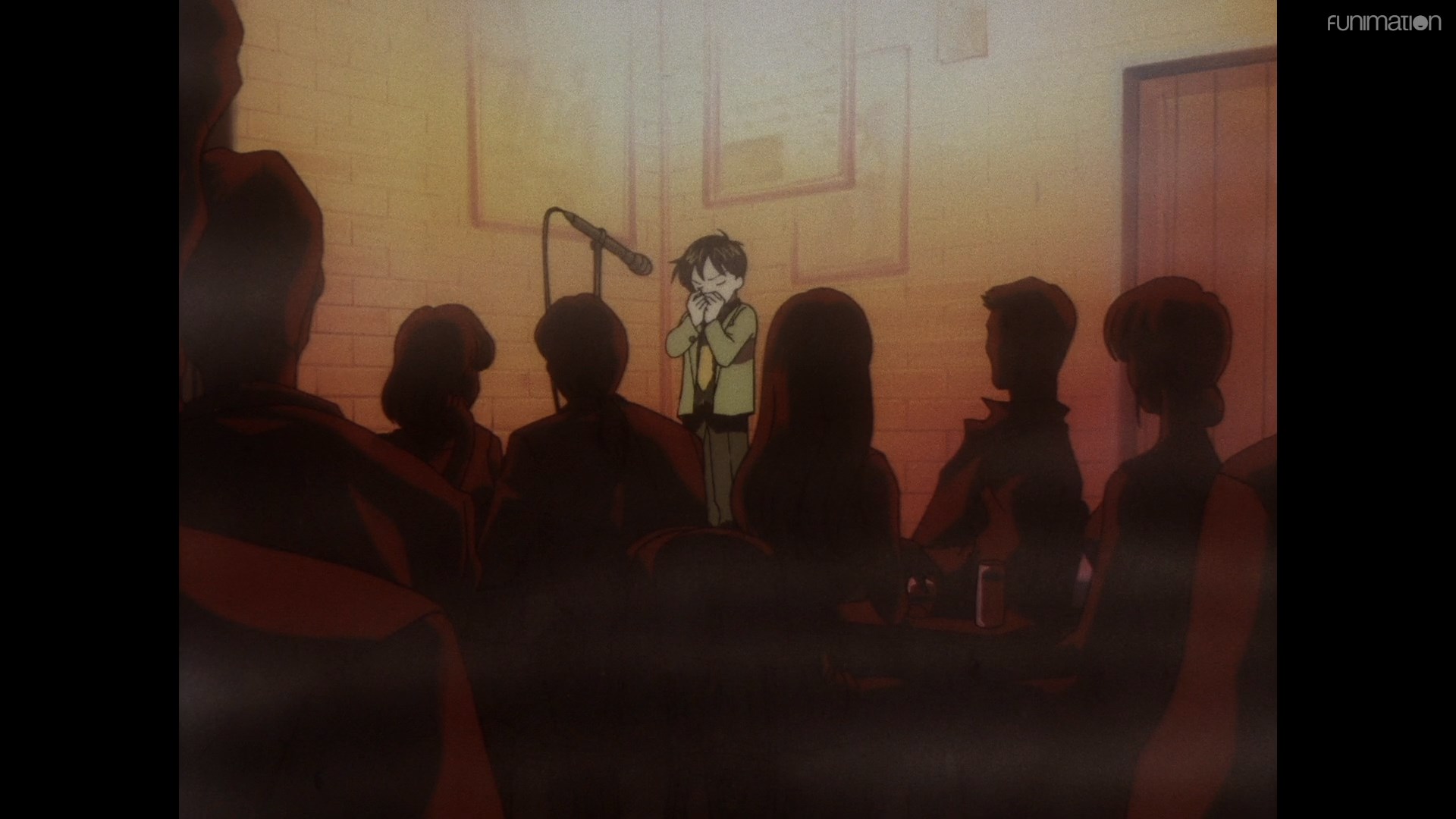 The soundtrack for Cowboy Bebop was written by Yoko Kanno, a brilliant artist and composer who actually assembled a band known as “The Seatbelts,” purely to record this particular show’s music. Ranging from jazz to funk to country and far beyond, I think it’s fair to say that Cowboy Bebop simply would not be the phenomenon it is without Kanno’s musical support. Every scene of Cowboy Bebop is elevated by its soundtrack, from the big band blitz of the show’s opening, "Tank!," to the moody horns of its concluding "The Real Folk Blues," to the countless uses of music both big and small throughout the series. Would "Ballad of Fallen Angels" strike as painfully without its somber use of “Green Bird?” Would "Waltz for Venus" work without the tender, fragile melody of its signature music box?

A good musical cue — the term for when a song begins to play or is "cued" up — can do more than just set the tone for a scene. It can lead a story through a major narrative shift, close the distance between audience and action, or serve as a pure emotional articulation of the drama on-screen, lingering in your mind long after the action has passed. Great musical direction can elevate narrative drama into an emotionally tangible experience, and most of our favorite shows would feel empty without the music shifting, directing, and amplifying our response to the action. But a great example is generally more useful than a rambling explanation, so without further ado, here are some of my absolute favorite musical cues in anime! 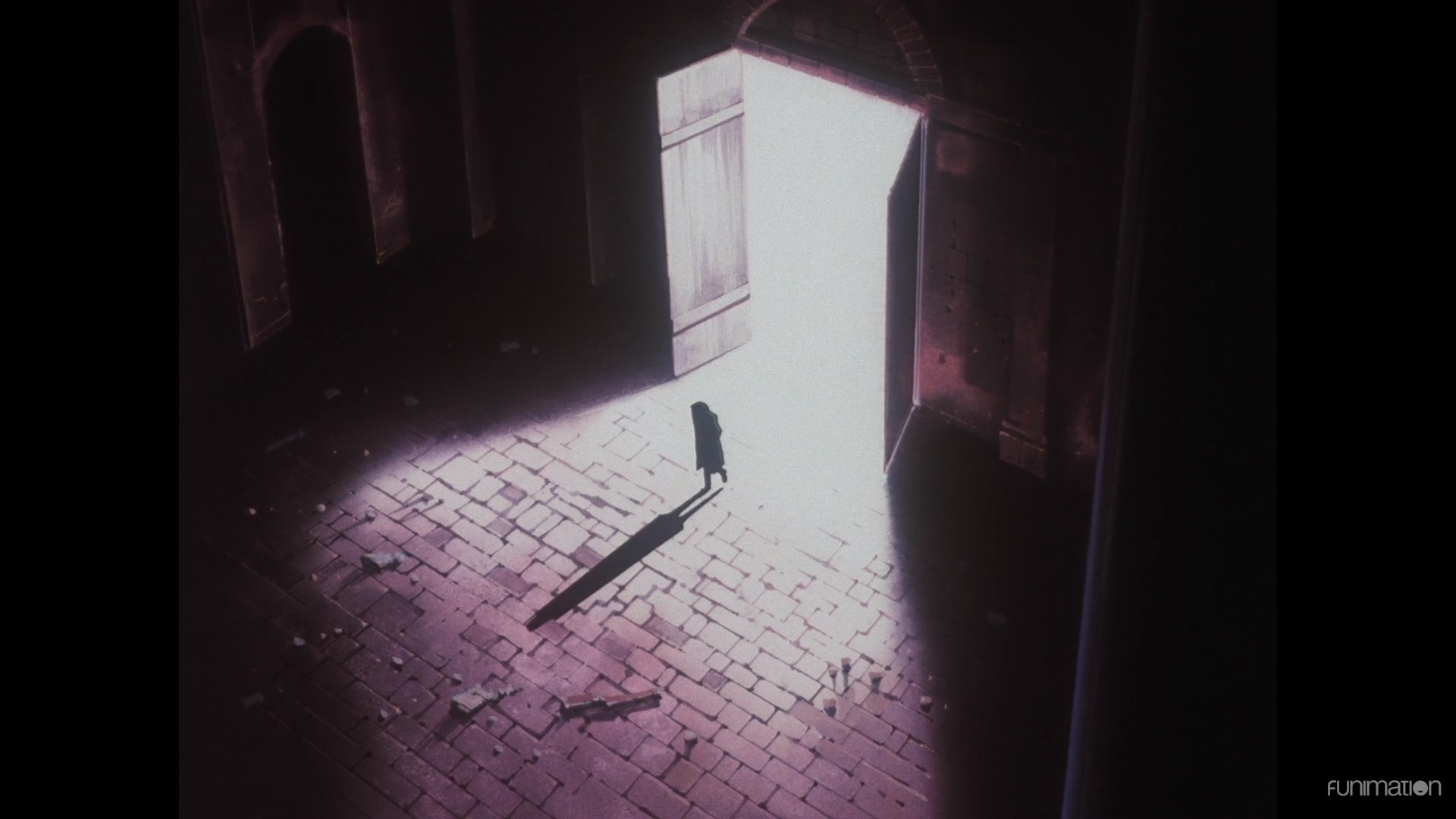 First off, if I had to pick just one musical cue from Cowboy Bebop, it’d actually be a different "Ballad of Fallen Angels" song — “Rain,” which plays as Spike approaches his confrontation with former partner Vicious. Renowned as one of the show’s very best episodes, "Ballad of Fallen Angels" has to work extremely efficiently to set up its final battle; the episode compresses reflections on Spike’s past and a full bounty investigation by Faye into its first two-thirds, meaning it has little time to reset its mood for the melancholy, nostalgic final act. Fortunately, the opening organ keys of “Rain,” combined with the violet hues of the church, instantly transport the audience into Spike’s somber headspace. Simultaneously a nostalgic reverie and a funeral march, "Rain" gracefully leads the audience into the mood of the "Fallen Angels" finale, and the episode would be far less memorable without it.

Shinichiro Watanabe is one of the most impressive directors when it comes to integrating music into his productions, but there are other directors who have an equally sharp ear for music and a similar understanding of its importance in drama. Masaaki Yuasa, for one, always manages to integrate music into his shows in a compelling, emotionally impactful way. All of his shows use music in a variety of interesting ways, but I think my favorite example is the diegetic Christmas song that one of Ping Pong’s stars, Wenge Kong, sings at karaoke. 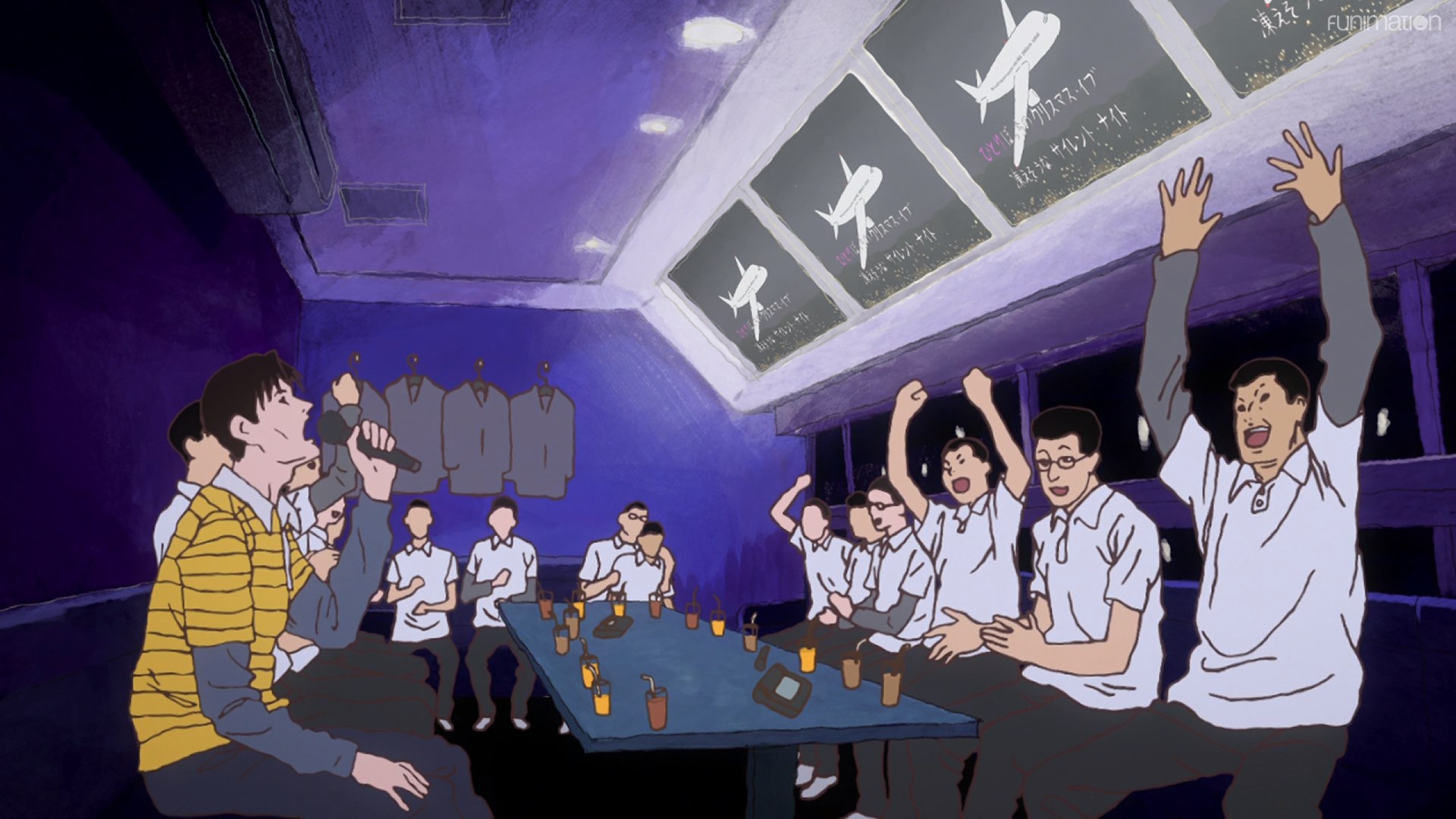 After half a season of fruitlessly trying to integrate into his new Japanese team, the Chinese-born Kong only finds peace and companionship when his mother comes to visit. Through the process of making traditional dumplings, he bonds with his new teammates, and at last finds a source of confidence and joy apart from his victories in ping pong. That joy, along with his still-present longing for his home, is elevated into epic theater through his karaoke song, as the show pans over a medley of its stars, all bearing the loneliness of the holidays in their own way. It’s a transcendent moment, and another shining example of the power of song to elevate narrative drama.

Musical cues can do more than just set or elevate the tone of a scene, though — they can actually contribute to the narrative directly, either through discordant musical contrast, repeated musical motifs, or songs that shift from one form to another in order to illustrate the changing tides of a story. So it goes for the Monogatari franchise, where each new arc focuses on a different character, with a different opening song used to establish both that character's personality and the narrative they’ll be experiencing. In Monogatari’s first season, the introduction of Nadeko Sengoku is accompanied by “Renai Circulation” — an upbeat, lighthearted song about Nadeko’s crush, accompanied by goofy images of her prancing around, waving hello, and halfheartedly trying to study. 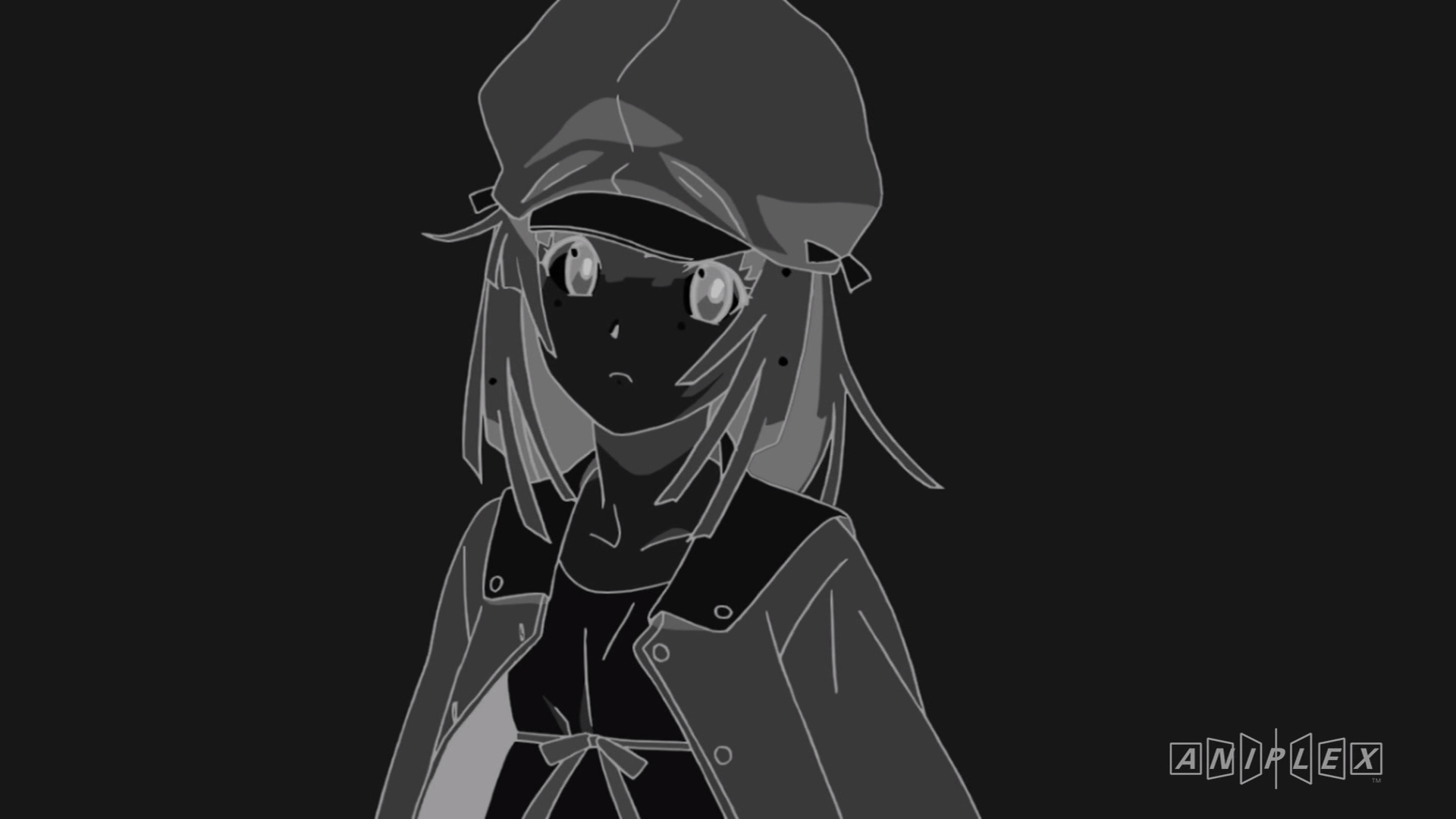 "Renai Circulation" is a fun song in its own right, but it actually gains far more significance in retrospect, after Nadeko’s second arc is introduced with the new “Mousou Express.” Leaning on ominous piano keys and featuring actress Kana Hanazawa singing in a menacing whisper, "Mousou Express" inverts both the melodic tone and visual imagery of "Renai Circulation," viscerally implying Nadeko’s two-faced nature and selfish desires. It’s one of the few examples I’ve seen of a character arc literally illustrated through music, and also just a really great pair of songs.

Finally, my own all-time favorite musical cue in anime comes from, unsurprisingly, my all-time favorite anime: Neon Genesis Evangelion. Specifically, the concluding film End of Evangelion, which turns the series’ slow-building exploration of isolation and self-loathing into a cathartic scream of “I am here.” And yet, when that scream erupts, it’s through the almost tender descending keys of “Komm, süsser Tod” (German for "Come, Sweet Death"). Set against a scene of intimate violence between the show’s principal pilots, "Komm, süsser Tod" acts as a stark counterpoint to the on-screen chaos, like a lullaby set against the end of the world. 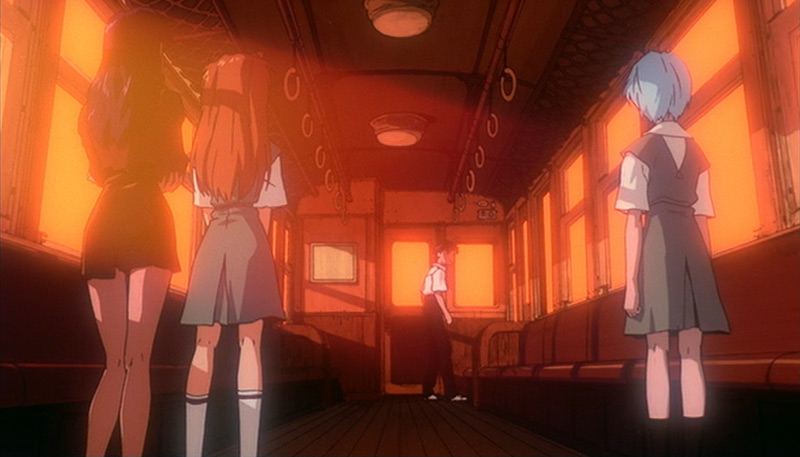 The song encapsulates the feeling of transcendent surrender to the infinity that characterizes End of Evangelion’s last act, while its lyrics speak to the regrets of its cast, who only wish they could spend these moments with the people they love. Annihilation, nostalgia, loneliness, belonging, and rebirth, all at once, all captured in song — through "Komm, süsser Tod," End of Evangelion reaches a peak of emotional catharsis I have never seen repeated.