Hear me out: It makes us feel closer to them 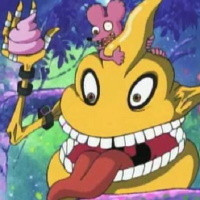 One of the most notorious aspects of the virtual pet is the poop. Resembling the bodily functions of real-life domesticated animals, the Tamagotchi, the Giga Pet, and the Digital Monster will all poop, forcing the owner to clean up after them or allow it to become a hazard to the pet’s health. Visually, it’s kinda funny. As a child of the late aughts, the image of my little blob monster sitting unhappily next to a tiny pixelated turd icon that was roughly its size is burned into my brain. However, it’s also representative of a kind of connection that the virtual pet has with its owner, one that transcends the technological bounds and one that becomes quite important when you’re dealing with series like Digimon.

From the very beginning, Digimon have been pooping. It makes sense considering they originated as the sibling series to the Tamagotchi, the battling brother to Tamagotchi’s nurturing focus. It was a nice gesture of humane treatment. You couldn’t just put your monster through the wringer forever, cycling it through an endless loop of training and war. You had to take care of it and keep it happy. The trademark ability to turn your monsters into warriors was already a step removed from the keep a little pet wherever you go ethos of the Tamagotchi, but the poop kept it within the realm of just that: a little pet. They were partners rather than soldiers. 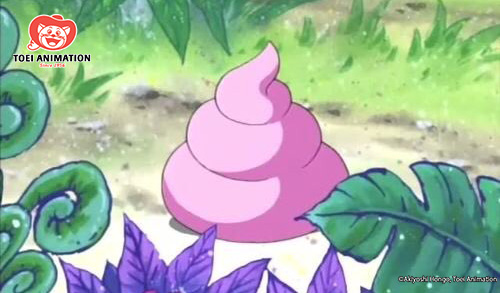 RELATED: Digimon Survive Is Like Playing Through An Anime Episode

As such, when the franchise would evolve into things like the Digimon World game or Mamoru Hosoda’s Digimon Adventure short, poop would come along for the ride. In Adventure, one of Koromon’s distinguishing features is that he poops. Oddly enough, his poop looks fairly brown and natural here in contrast to the pink Digimon-branded scat to come. Adventure is, at its core, a coming-of-age story filtered through a kaiju power escalation. In their apartment, away from the watchful gaze of their parents, Taichi and Kari raise little Koromon (and eventually Agumon and Greymon) and bond with him. Cleaning up his poop isn’t just a gag, but a sign of growing up and the increased responsibility involved. By the time Greymon triumphantly defeats Parrotmon, the process has felt earned despite the abbreviated runtime.

Adventure, which through the anime series would lead to the franchise becoming inextricably involved with the themes of adolescence and the evolution of emotional maturity, sort of begins with poop. By the time we get into the Digimon Adventure series, it’s used mostly as a gag. Sukamon is shaped like a big pile of it, the trademark move of the Numemon is to throw its pink poop, and the Digi-Destined are forced to abandon a car when Koromon makes a mess in the backseat. However, in a franchise about the complicated relationship we have with technology and the identity of Digimon as otherworldly friends and combined bits of fantastical code, the poop is endearingly biological. 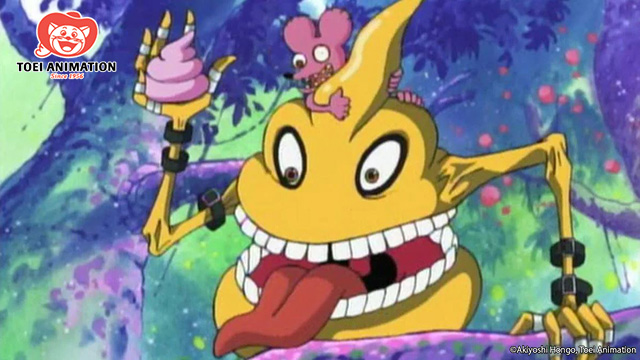 That said, it’s also a product that seemingly shouldn’t exist, a rough edge in the escapism of having a monster around to fight for you and cheerlead your personal achievements. Perhaps that’s one of the reasons why it became an irregular component after Digimon World, a game that saw you having to balance your need for RPG progression with your Digimon having to go to the toilet. Those that have played it will attest that it is a weird and wonderful game, catching Digimon at a crossroads of virtual pet tendencies, branding iconography, and role-playing genre ambitions.

It’s a game that, like Koromon in Adventure, requires patience and a willingness for intricacy beyond, “Step 1: Make it fight until it becomes the next stronger thing. Step 2: Repeat.” Of course, Digimon has never really been about that, with an entire episode devoted to Taichi trying to force his partner’s growth, only to birth the nightmarish SkullGreymon. But again, the reminders to check up on your Digimon and/or their bowel movements grants the whole ordeal a sense of ritualistic kindness that’s often missing from later games. Very much a, “Don’t get a pet if you’re not willing to clean up after it,” scenario.

It’s the perfect symbol of the fact that having a Digimon pal doesn’t necessarily make your life easier. They’re handy in the Digital World when bigger monsters want to eviscerate you, but unlike Digimon’s monster-collecting peers, they don’t really work as status symbols or trophy champions. Instead, forming a relationship with one to the extent that you’re willing to ensure that it goes to the potty is a feature rather than a bug. The fantasy of having a Digimon isn’t one of ownership but of mutual rapport, and soon, a you-scratch-my-back-I’ll-digivolve-into-Angemon-to-save-yours pair forms. By committing to something as identifiable, important, and comical as poop, Digimon found a way to set itself apart.