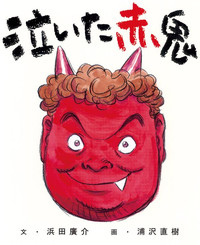 Urasawa illstrates the Kosuke Hamada written story of lonely Red Oni, divided between the advice of a Blue Oni and the kindness of good-hearted villagers.