Western "Tales of Xillia" Release to be Identical to Japan's 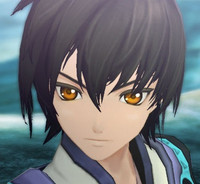 Good news all around for fans of Namco Bandai's Tales of RPG franchise. According to series producer Hideo Baba, the western release of Tales of Xillia will be identical to the Japanese release, and it will have the same downloadable content, as well.

The localization of Tales of Xillia is scheduled for 2013, but Baba restates his desire to bring more Tales of titles to the west in the future. "The team's main objective," Baba says, "is to create new titles for Japan first, and unfortunately staff resources are not always available."

He's looking to change that, however. He adds, "Moving forward, I would really like to assemble teams to release as many of the main Tales of games overseas as possible."

As for those future Tales of games, we most recently got a look at the Tales of Xillia 2 character trailer for Alvin. Check it out if you missed it, and let us know if you're looking forward to the possibility of more Tales of games coming west!