After theatrical run through Eleven Arts, anime will be available soon through select digital outlets and on bilingual Blu-ray & DVD 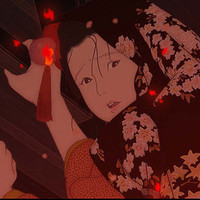 Short Peace will have a nationwide theatrical release via Eleven Arts. It will also be available soon through select digital outlets and on bilingual Blu-ray & DVD.

SHORT PEACE: Ranko Tsukigime's Longest Day will offer to the players a cross-platform experience: four Animated Short Movies and a crazy fast-paced game! COMBUSTIBLE - the second movie is directed by Katsuhiro Otomo (the creator of Steamboy & Akira) - takes place in the city of Edo in the 18th century. Where Owaka, a merchant's daughter, and her childhood sweetheart Matsukichi, find their differing social standings render their love impossible. In her mad desperation, Owaka does something that engulfs the entire city in a deadly inferno...

Along with the movies, Ranko Tsukigime's Longest Day will be coming out. The game directed by Suda51 will be following the life of Ranko Tsukigime, a slightly arrogant high school girl living alone, who becomes a deadly hitman at night to coldly assassinate her targets. Everything gets turned upside down when a demonic enemy organisation starts threatening the lives of Ranko and her friends...

SHORT PEACE: Ranko Tsukigime's Longest Day is scheduled to launch in Europe and Australasia in spring 2014 for the PlayStation®3 system