The futon cover is for more than just smartphones 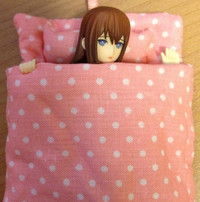 There was a line of underwear for smartphones, so why not give them futon to rest on as well! We can only imagine the logic behind it, but the Futon Cover For Smartphone by Japanese prize maker, Kitan Club is a hit in the world of Japanese Gacha (coin operated game) prizes.

Of course, people not only rest their tired little smartphones inside of the soft Japanese bedding, but some have also used anime figures to recreate fun scenes! So popular is the trend that there now is a photo contest going on being hosted by Kitan Club! Check out the entries from the Twitter contest below. 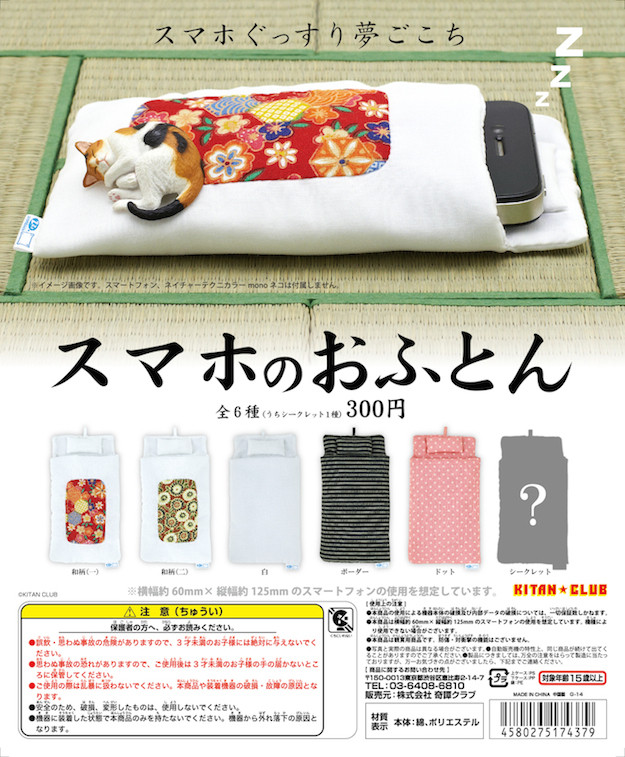 The above image is the suggested use of the prize by Kitan Club. One gacha capsule comes with one set of Futon for 300 yen. The Futon covers come in 6 different styles including one secret style (which is in gold as you see in the photos below). The Twitter photo contest was announced at the time of the release of the product.

The rules are to have at least one set of the futon cover in the photo with hashtag ♯スマホのおふとん, after following the official Kitan Club Twitter account. There is no limit to the number of entries per person and you don't have to have a phone in the photo submissions, either. The contest deadline is September 14th at 23:59 Japan time. 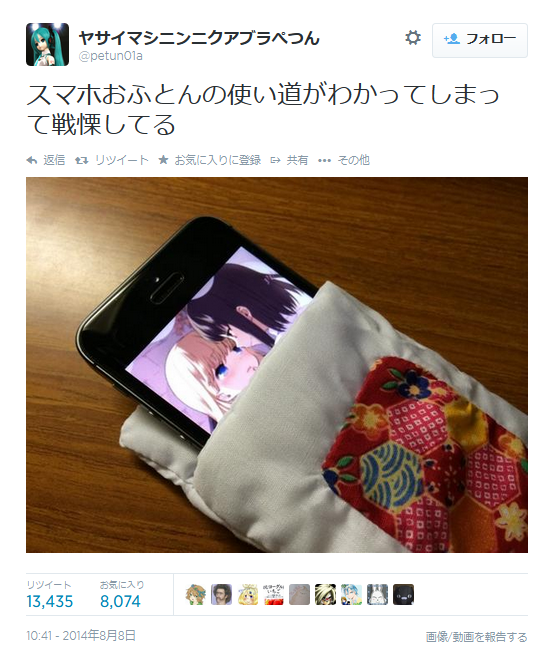 Soon after the release of the product, a smart twitter user figured out how the futon should be used. 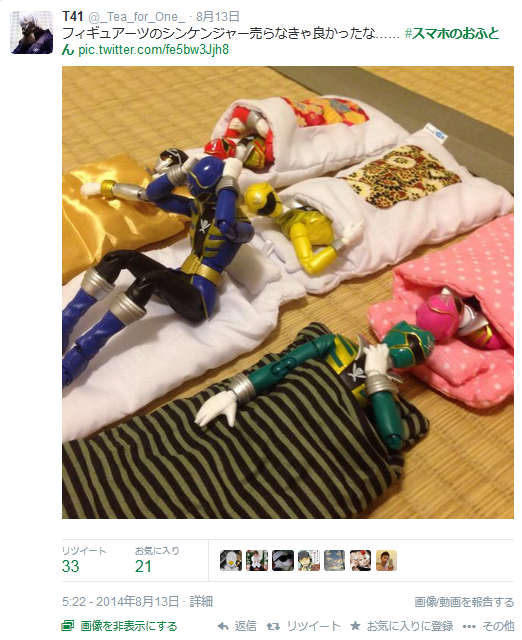 It didn't take long for users to find out the futon is the perfect size for many anime/tokusatsu figures! The idea of many futons together with character figures on a tatami mat inspired many users to recreate fun Japanese school/club trip scenes as you see in an example above. 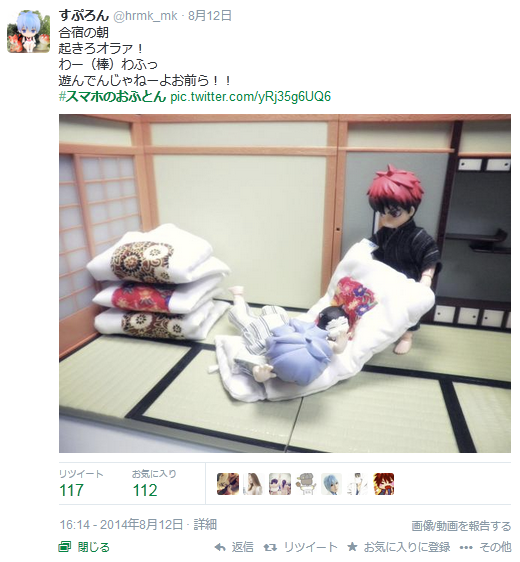 The theme fits perfectly with sports anime like Kuroko's Basketball as you see above. Kuroko and 2-go are bothering Kagami as he tries to put away his futon in the morning of traning camp. 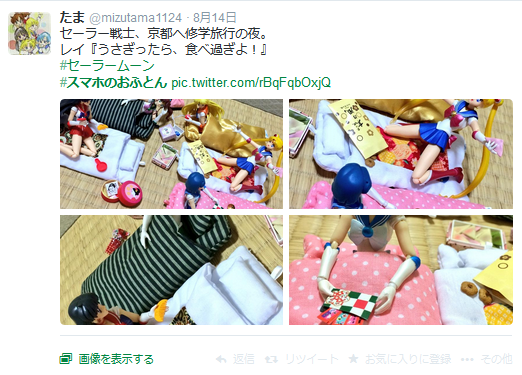 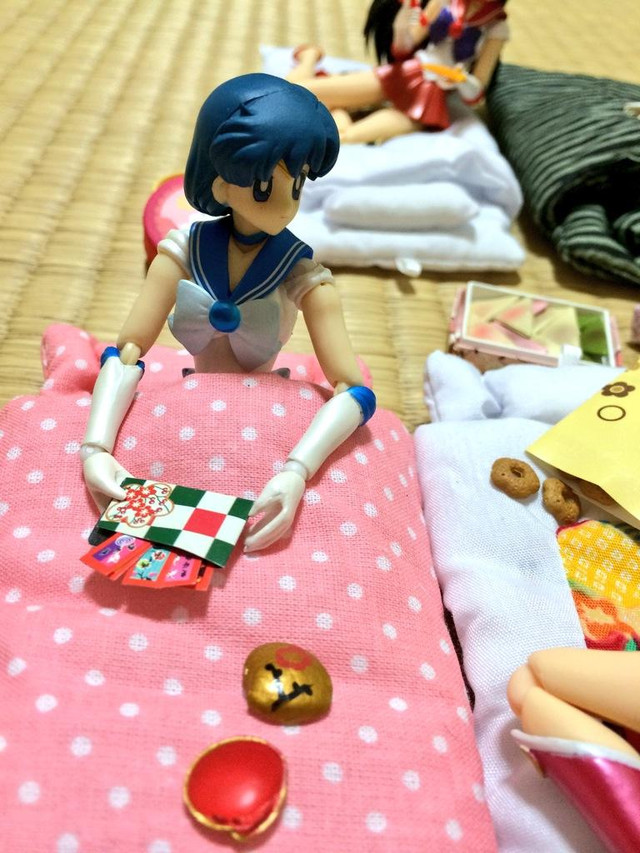 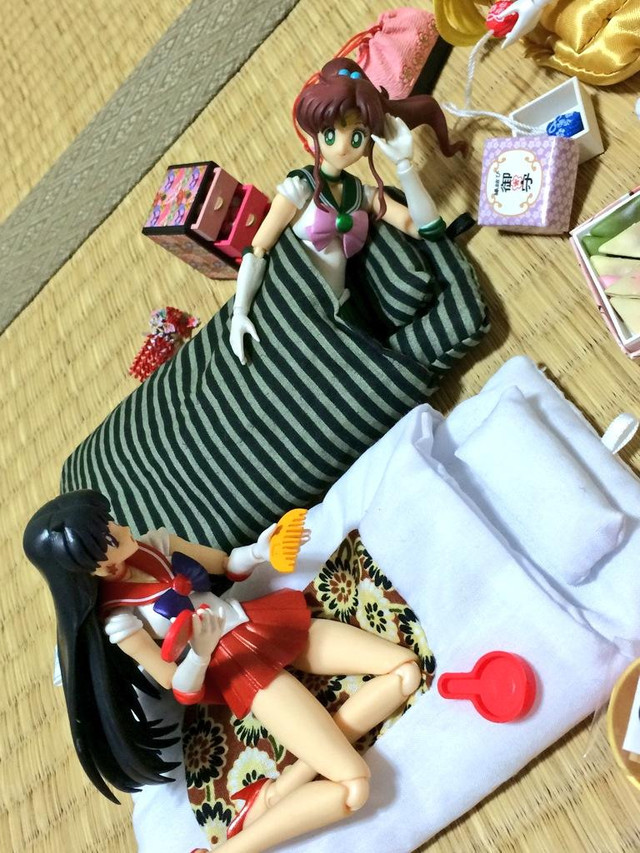 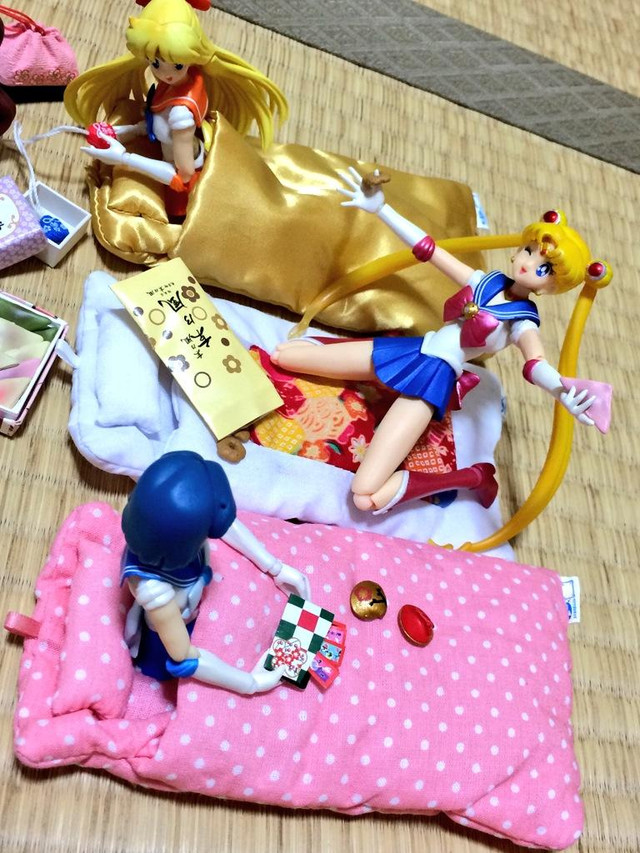 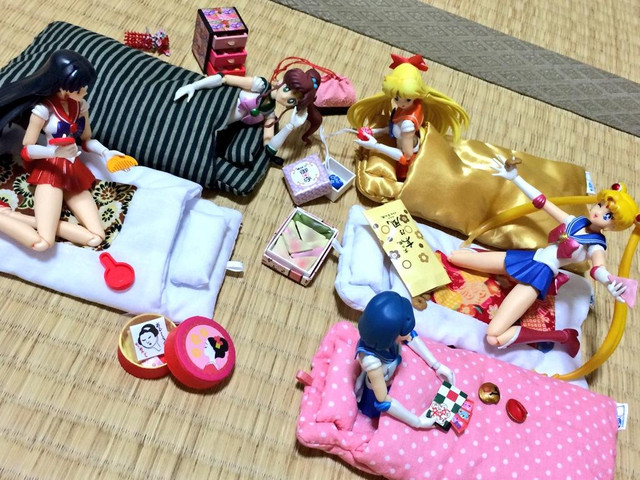 The sailor senshi from Sailor Moon are here staying up late on the night of school trip to Kyoto, which is a popular destination for Japanese schools. The twitter user paid special attention to detail by additing small items typical of Kyoto in the photo! 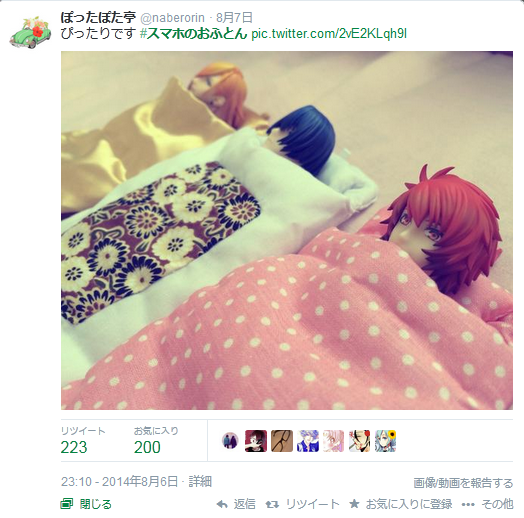 Otoya, Masato and Ren from Uta No Prince Sama are very good at pretending to sleep above. UtaPri fans can enjoy how not only the size but the styles of each futon cover perfectly match each character. 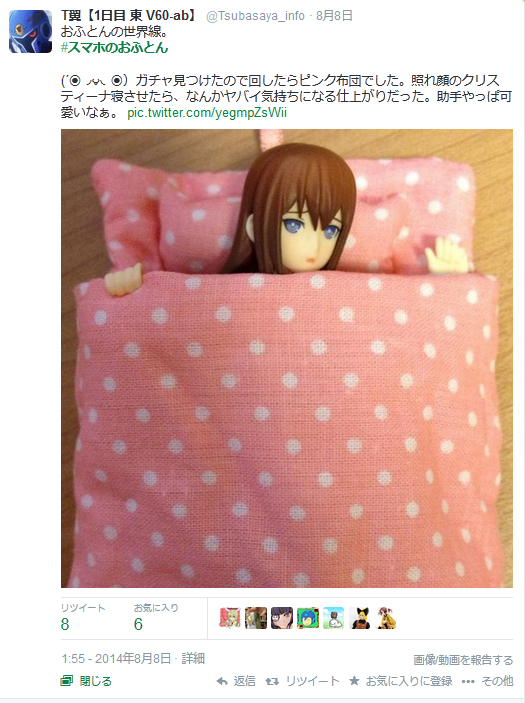 This twitter user put down his waifu, Kurisu from STEINS;GATE in it and trying to hold back the enormous moe feelings he has as a result. 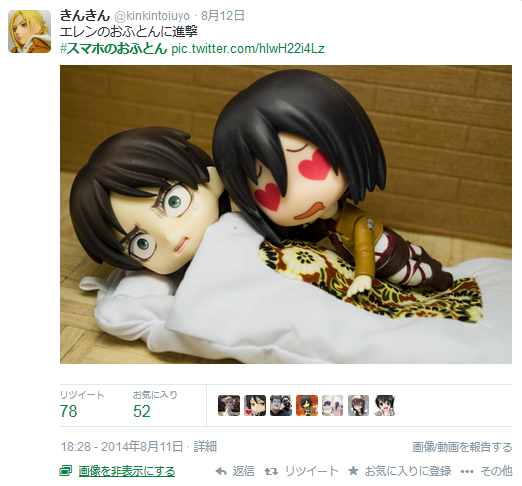 Meanwhile, this twitter user's Mikasa from Attack On Titan has no shame in showing how she really feels. Run, Eren, run!! 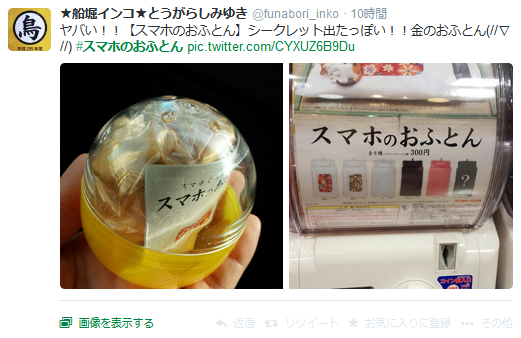 This post shows how you would find the gacha machine with the futon covers in Japan. There are so many more photos posted with the hashtag if you would like to see more of the entries!