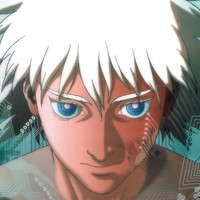 Deadline is reporting that previous talk of The Wolf Of Wall Street‘s Margot Robbie leading the Hollywood adaptation of Ghost in the Shell are off as Robbie is now being lined up for an adaptation of DC Comics' villains in government employ series Suicide Squad. Taking her place, DreamWorks has reportedly instead made a $10M offer to Scarlett Johansson, who'd be taking on a role not entirely unlike her work as the lead in Lucy and Avengers' Black Widow.

William Wheeler (The Reluctant Fundamentalist , the Hoax) has written a screenplay for the project being produced by Avi Arad, Ari Arad and Steven Paul. The project was picked up by Dreamworks several years ago, fueled by the personal passion of Steven Spielberg. Plans are to shoot it in 3D.