"SoulCalibur: Lost Swords" Service Comes to an End on November 30 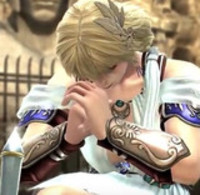 The end is nigh for free-to-play fighter SoulCalibur: Lost Swords. Bandai Namco announced plans to end the service on November 30, but it won't be going out without a few more final fights. There will be a farewell event before it ends, and a special ranking quest event is scheduled for September 16-30.

After that, AP recovery items and Continue Tickets won't be available, and premium items will stop being sold on October 27. In the meantime, enjoy the "graduation trailer" below.