Spike Chunsoft-developed game to be released internationally 2016 on PlayStation 4, PlayStation Vita, and, for the first time ever, Xbox One 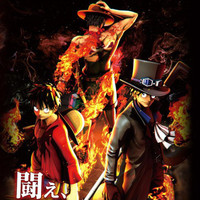 Bandai Namco has posted a new preview for upcoming fighting action game One Piece: Burning Blood. The Spike Chunsoft game is to be released internationally in 2016 on PlayStation 4, PlayStation Vita, and, for the first time ever, Xbox One.

ONE PIECE: Burning Blood is built upon the wacky and rich ONE PIECE universe and will offer a never-seen-before experience thanks to the fast-paced gameplay and unique ONE PIECE elements!

Speaking of which, Logia Devil Fruits and “Haki” can be used to throw massive special moves and take down the fiercest opponents! Stay tuned for more reveals.