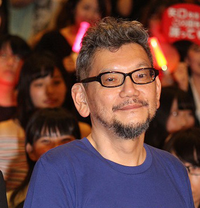 Hideaki Anno is coming off of the critical acclaim and box office success of Shin Godzilla, which has proven itself to be a unique take on the origin tale of the legendary movie monster, mixing Japanese current events with political intrigue. While the film has proven polarizing to filmgoers on the first watch, many observers agree that the film is still better than the 2014 Hollywod film.

As for whether he'd consider helming another Godzilla film, he's personally finished and is leaving the decision up to Toho, according to remarks given to Oricon News via Yahoo! Japan, while in the previous Eiga interview, he also expressed interest in seeing a different director for a sequel, if Toho decides on such plans.