Visual novel launches on PS Vita in the west this March 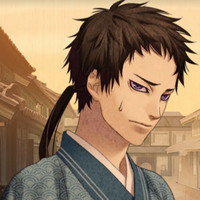 Remastered visual novel Hakuoki: Edo Blossoms continues the story of Kyoto Winds, and Idea Factory International is here with a new gameplay preview. The latest trailer highlights the new Corruption feature, which lets players offer blood, use medicine to manage the warrior's symptoms, or force them to endure their agony.

There are also new screens for Heisuke Toudou and Susumu Yamazaki. 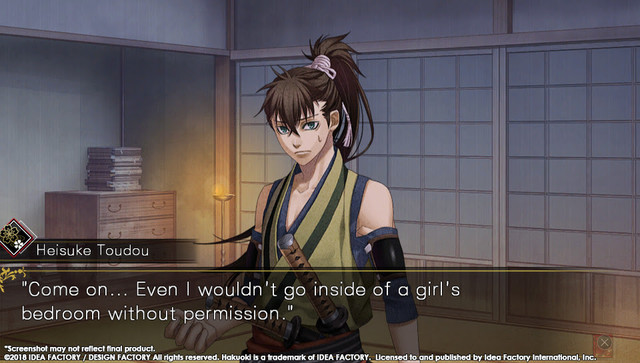 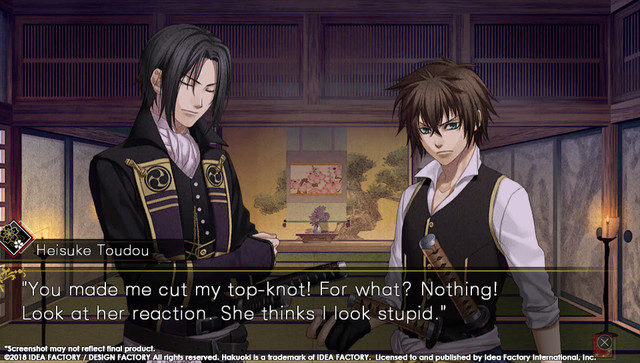 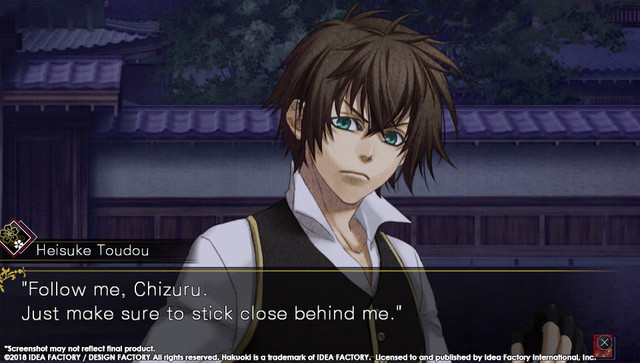 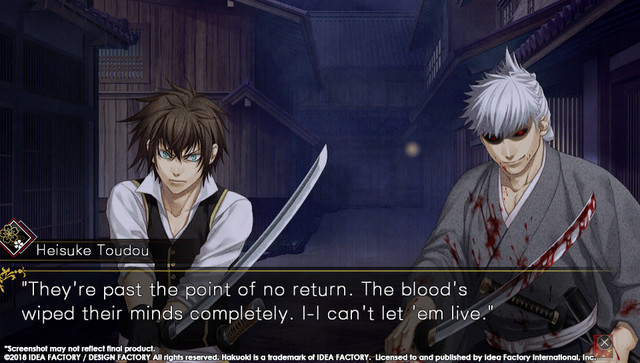 As the youngest member of the Shinsengumi, Heisuke Toudou is an idealistic yet capable Captain. Although the once-dominant police force of the Shinsengumi is now in decline, Toudou is compelled to carry on its legacy. Throughout Edo Blossoms, Toudou struggles to cope with the changes within Shinsengumi and the rise of Imperial Nationalism in Edo. Eventually, he moves beyond his naivety to reconcile his place in the world and his love for Chizuru. 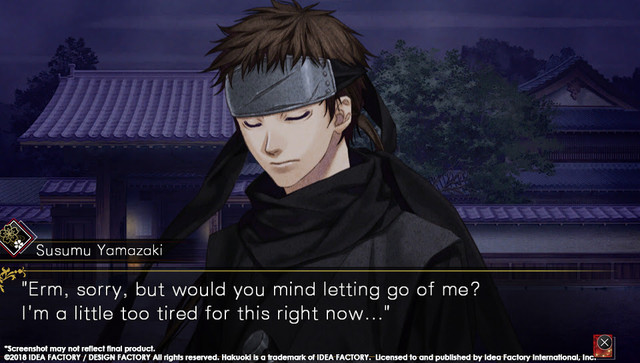 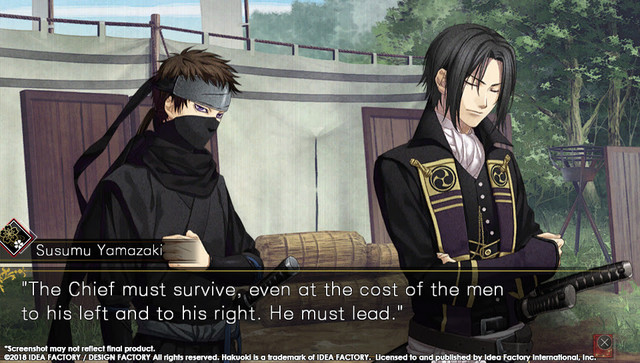 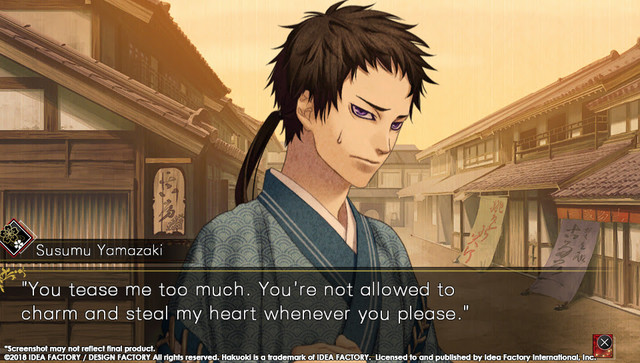 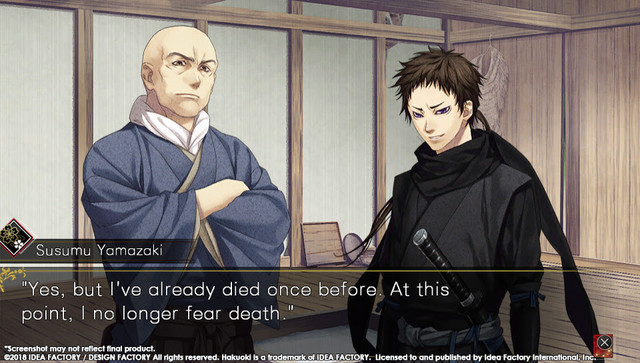 Susumu Yamazaki, a shy and skillful ninja, is well versed as a medic. He works as a member of the Watch and works as the Shinsengumi’s primary medic when not serving the Watch. As Hijikata’s Page, Chizuru is not allowed to leave the house on her own, so Yamazaki is often seen with her heading to the market to grab groceries and medical supplies for the Shinsengumi. His knowledge of medicine helps strengthen his bond with Chizuru.

This remastered telling of the beloved visual novel Hakuoki series is a continuation of the Hakuoki™: Kyoto Winds story and focuses on the story set in Edo, the second part in this two-part series. The young Chizuru, determined to find her father, will romance the famous warriors of Shinsengumi through a series of engaging stories and dramatic events. Now, experience new characters, love interests, and episodes in the world of Hakuoki: Edo Blossoms!

Hakuoki ~Demon of the Fleeting Blossom~ llega hoy a Crunchyroll