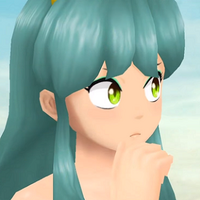 For a limited time, Square Enix's smart phone game Schoolgirl Strikers 2 is teaming up with Urusei Yatsura and Ranma 1/2, two landmark manga by Rumiko Takahashi, in a collaboration that brings lead characters Lum Invader and Ranma Saotome into the world of mobile gaming.

For the collaboration, voice actresses Fumi Hirano and Megumi Hayashibara reprise their roles as Lum and Ranma, respectively. The collaboration runs from February 08 - 27, 2019, and during that time players will be able to acquire Ranma and Lum as in-game characters. The collaboration also includes in-game costumes and a Twitter campaign that awards real-world prizes such as figurines, a T-shirt, and a jacket.