“A super important announcement” will be made with its final chapter

It was officially announced in Weekly Shonen Jump's latest 27th issue of this year released today that Yuto Tsukuda (story) and Shun Saeki (art)'s Food Wars! Shokugeki no Soma manga will end its serialization in three more chapters and that "a super important announcement" will be also made with its final chapter. No further details are currently available.

As of now, the story writer Tsukuda only said on Twitter, "Wow, it's in Twitter's Trend! That's right, please check this week's Jump out!!!"

The cooking battle manga started its serialization in the magazine’s 52nd issue of 2012, and its latest 35th tankobon volume is set to be released in Japan tomorrow, June 4. The series’ total print run reached 15 million copies by July 2018. Its TV anime adaptation produced by J.C.STAFF was aired for three seasons in Japan from 2015 to 2018. 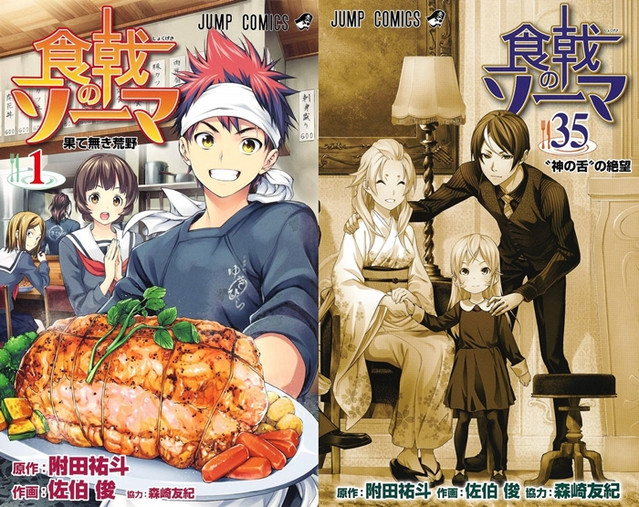