See the master calligrapher recreate the introduction below 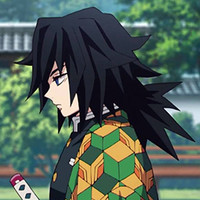 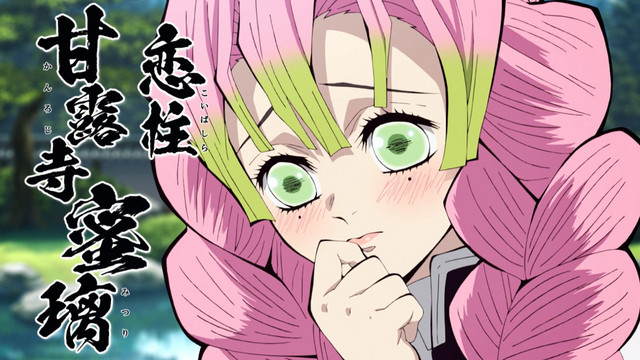 What would you think when something you made was used for one of the biggest anime of the year? When 84-year-old calligrapher Tsunaori Sakaguchi found out that his work was used in Demon Slayer: Kimetsu no Yaiba, he exclaimed: "I'm so happy!" 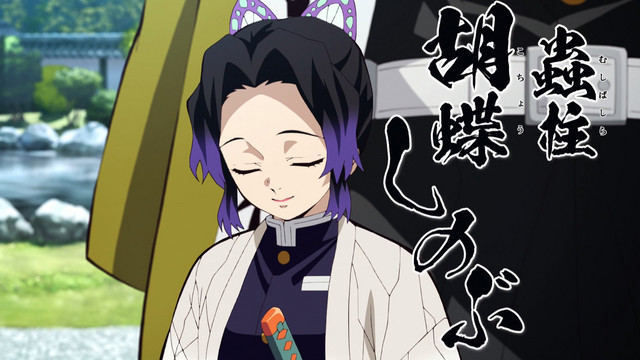 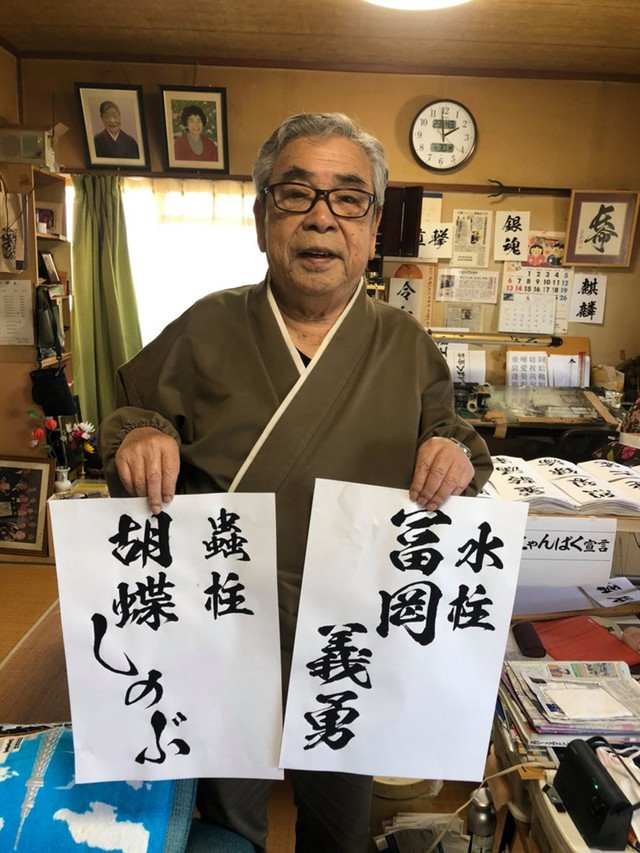 Sakaguchi runs Showa Typeface, a shop in Kagoshima that creates fonts from the calligraphy work he does. The rest of his family handles the business part of the shop, like rights management for other businesses, media, and video games (Koei Tecmo are regular customers), while Sakaguchi just focuses on the writing aspect for 5 hours a day, creating around 100 new kanji characters per day and eating rice. 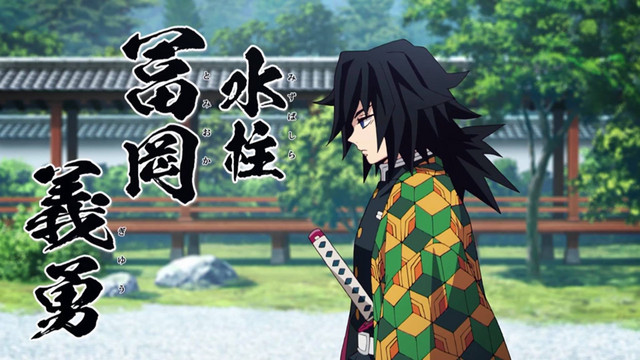 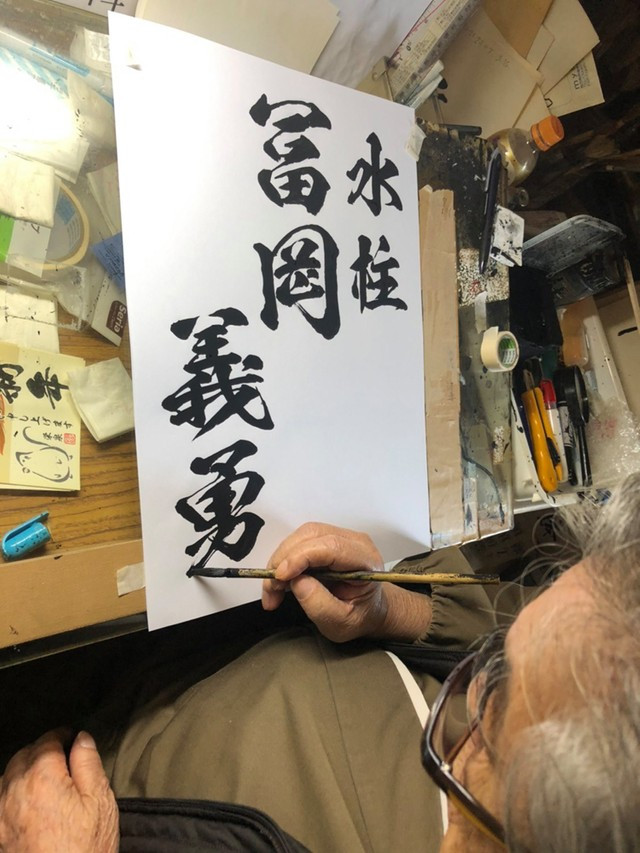 Tsunaori Sakaguchi was informed by his grandson that his fonts, Kagero typeface, Toryu typeface, and it's variant Kokuryu typeface were used for the Hashira introduction in Demon Slayer: Kimetsu no Yaiba. Sakaguchi said that he "felt excited knowing that I'm at a stage where my writing are living their own lives."

Since learning that the fonts were used for Demon Slayer, the website for Showa Typeface is selling the fonts at a very discounted rate to help out the anime industry in two "Demon" sets, with sales open to individuals as well.