This drink featuring Demon Slayer: Kimetsu no Yaiba would have never existed in the Taisho era 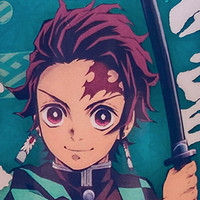 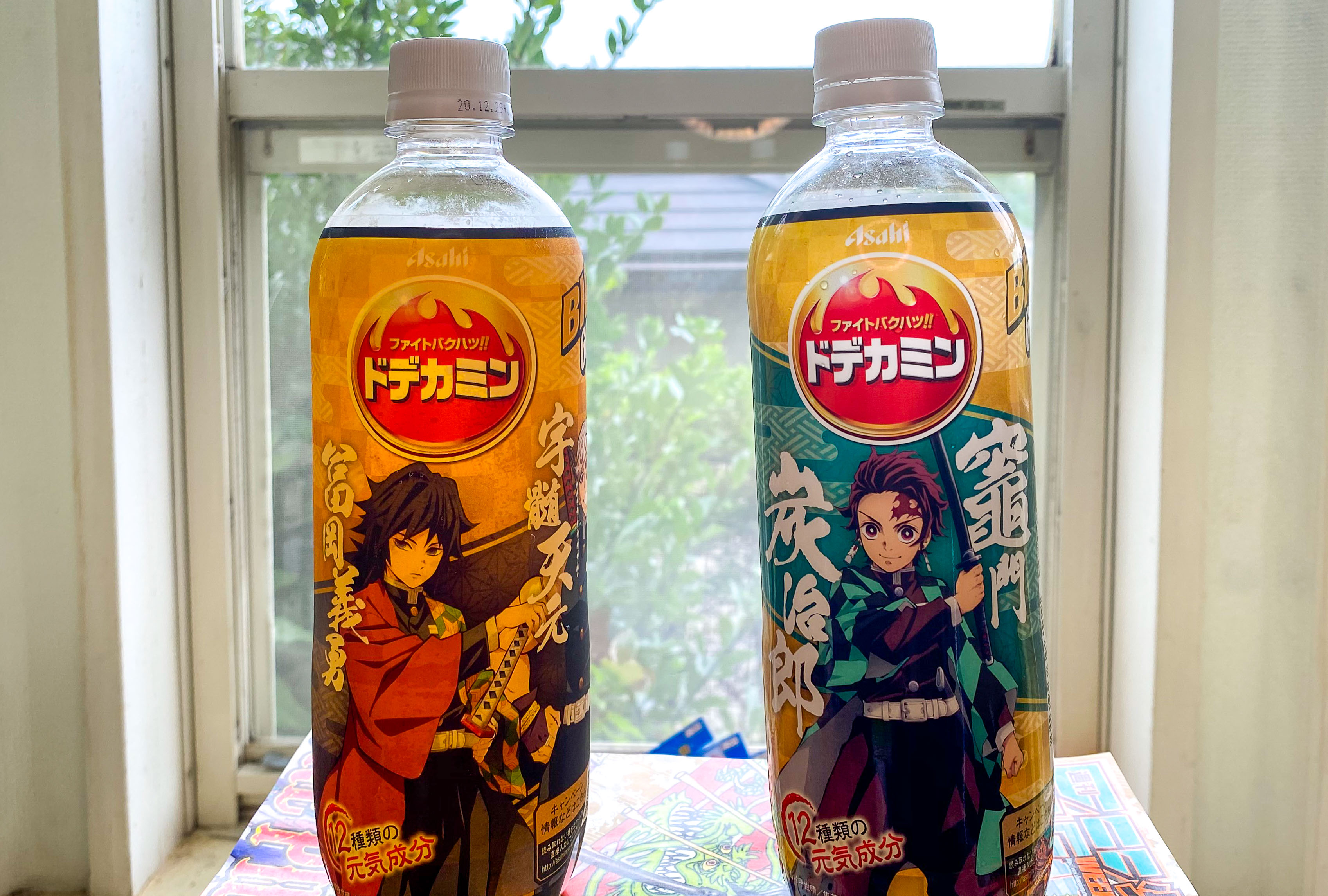 Even though the TV anime series and manga series for Demon Slayer: Kimetsu no Yaiba has been off for a while, it’s finally that part of the popularity of a franchise when the main key art is slapped onto any product that’ll take it. Sometimes, it’s just an existing product with Nezuko on the front, other times, it’s this: 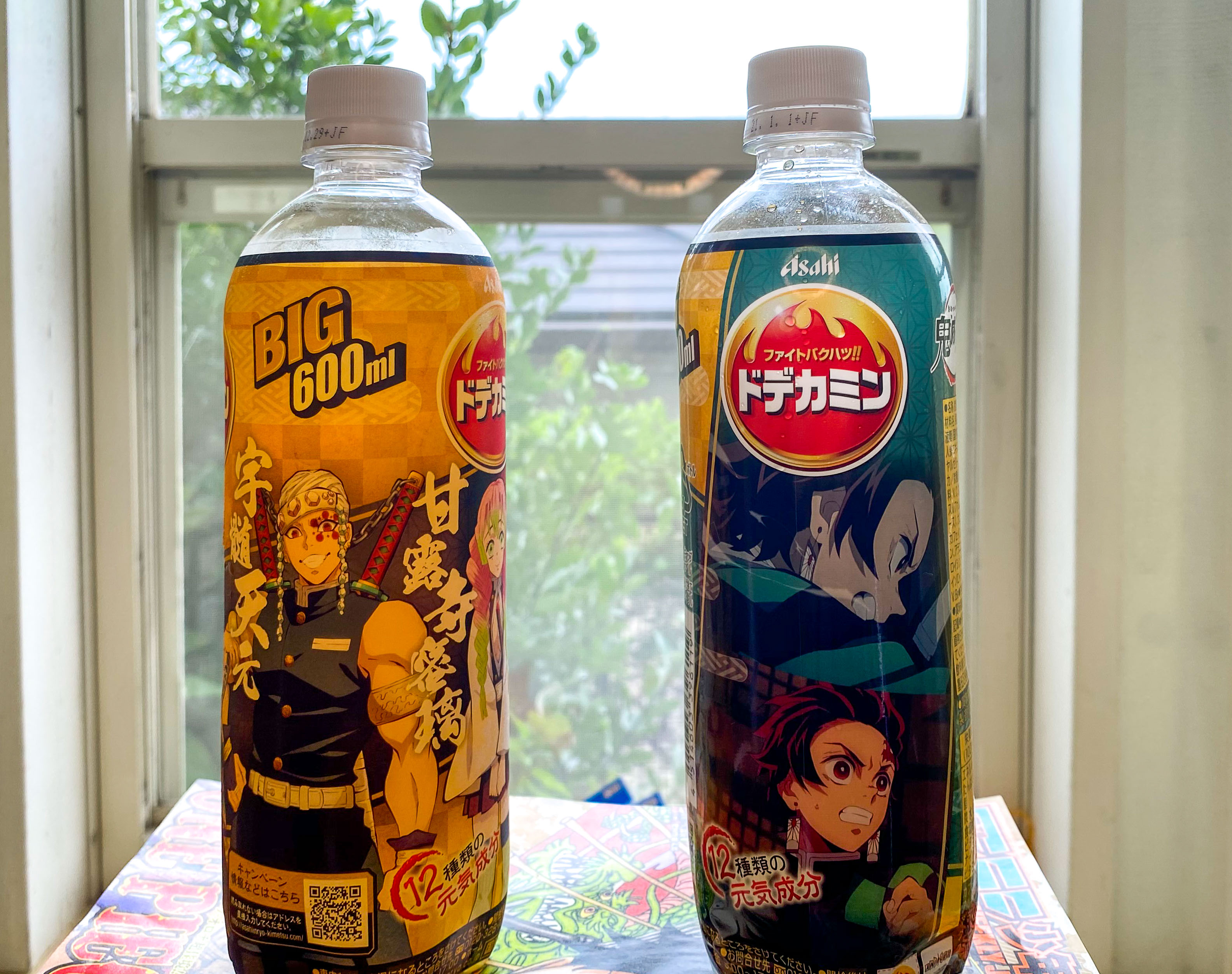 Now don’t get me wrong, Demon Slayer gets me pumped up as much as it does anyone else, but I don’t know if I need an extra buzz while watching small Nezuko run around a spider-infested forest. 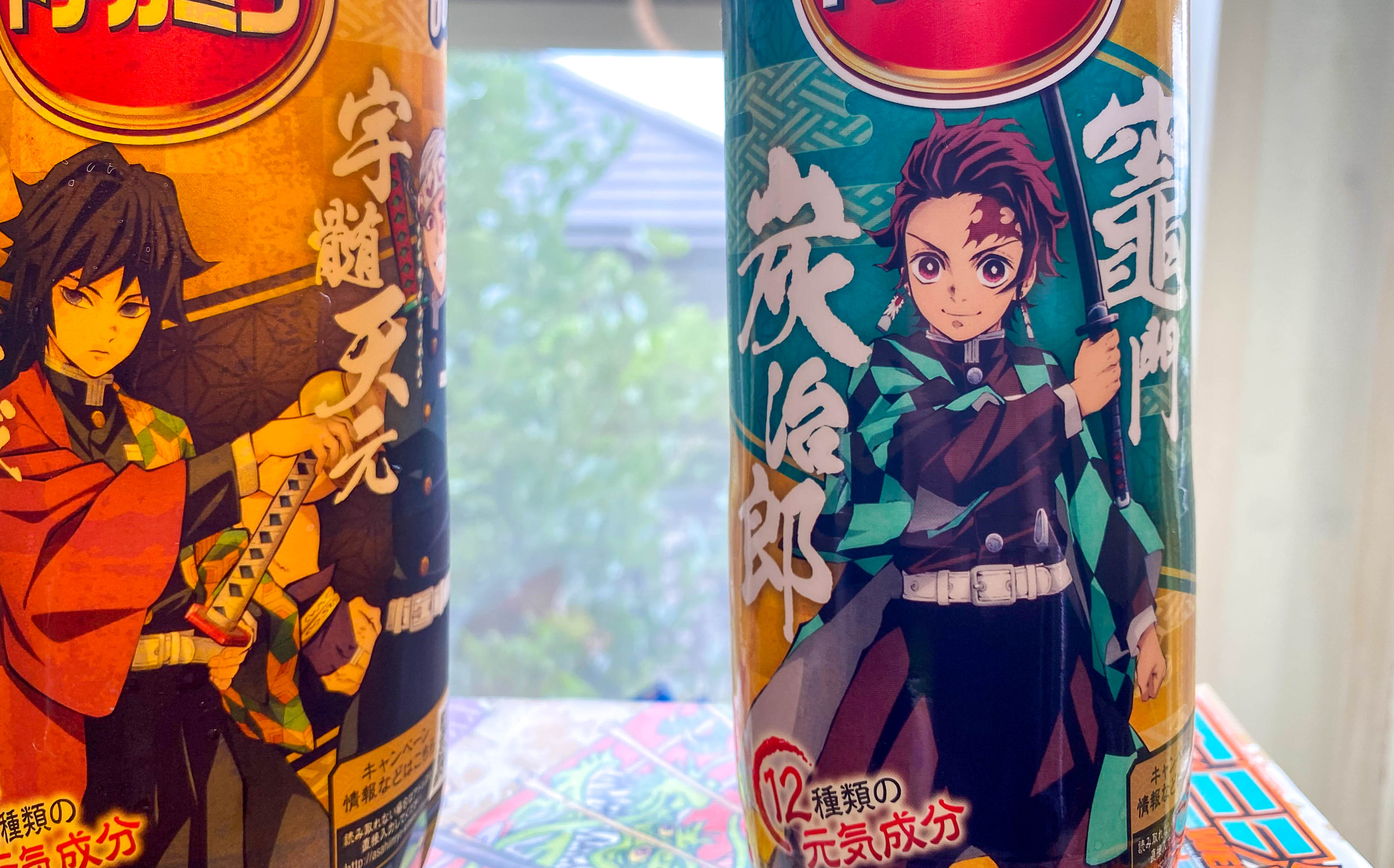 The designs on the Asahi Dodekamin Energy Drink are in line with the usual packaging for the Dodekamin brand, one that has collaborated with anime before, though the BIG 600ml size is new for Demon Slayer. Since the collaboration ended, the BIG bottles have stayed, though without any Demon Slayer decals on them – you have to wonder if more people will buy the drink after trying it for the Demon Slayer promotion…

In any case, there were eight different designs. I tried looking for more designs to show off in images, but these were the only two in my area. You can see that once one of the bottles has been drunk (the day before – energy drinks can be no joke!) the image on the label, in this case, Tanjiro, becomes more clear. Whereas the one with the drink still inside is a little more desaturated in yellow from the color of the liquid. 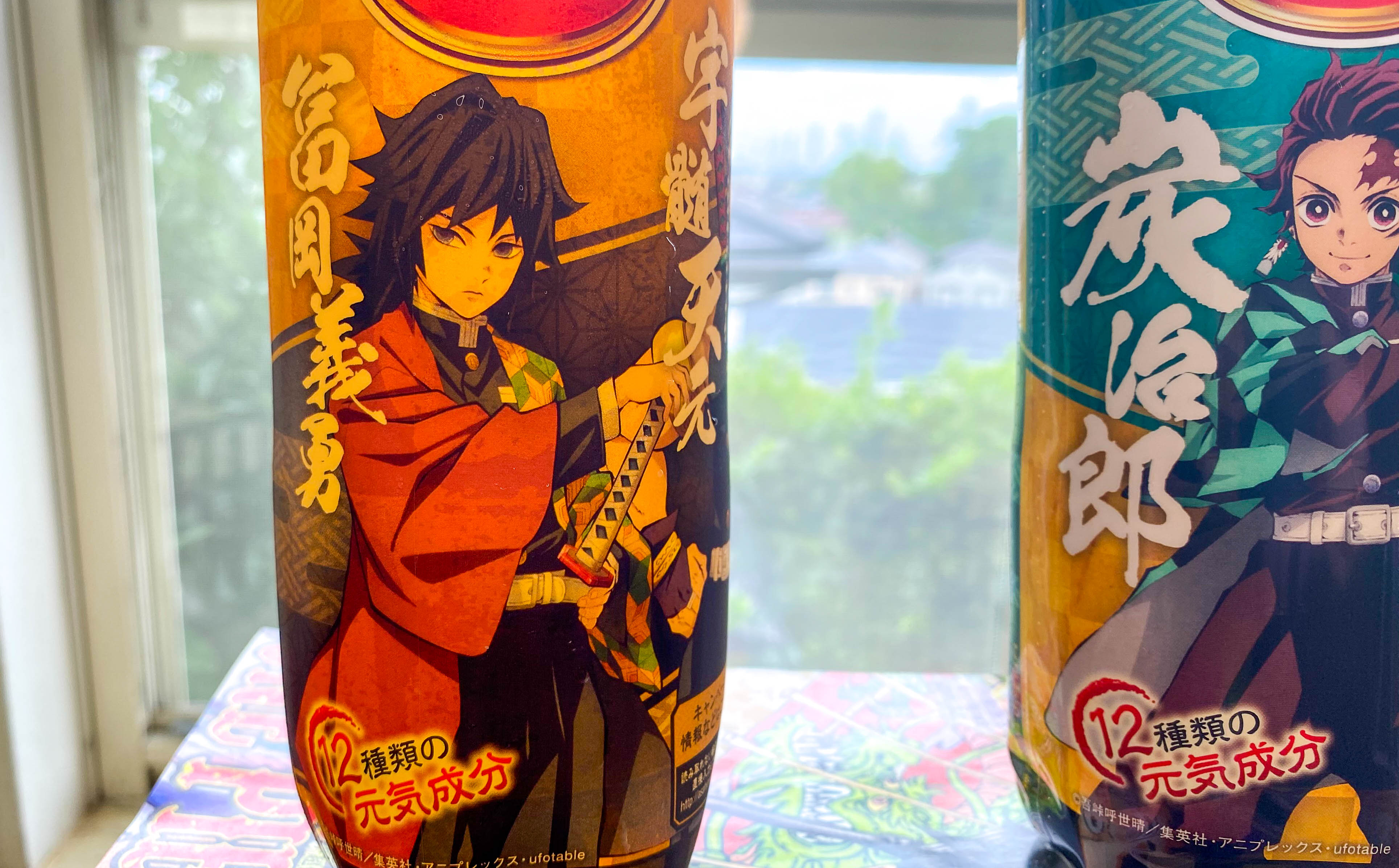 In terms of taste, surprisingly it tastes exactly like the Australian drink Passiona, which is very loosely flavored after passionfruit. After being in Japan so long, when the drink hit my lips, I felt like I was a kid again drinking the cheap drink on a hot summer day – though without the kick of the guarana.

Though, at least for me, that comes with some downsides. The initial taste was sweet and refreshing, but the aftertaste was horrid, leaving an odd smell out of my mouth (which thanks to a mask I now have to smell) and out the bottle. The other Australians I shared it with didn’t seem to mind though. 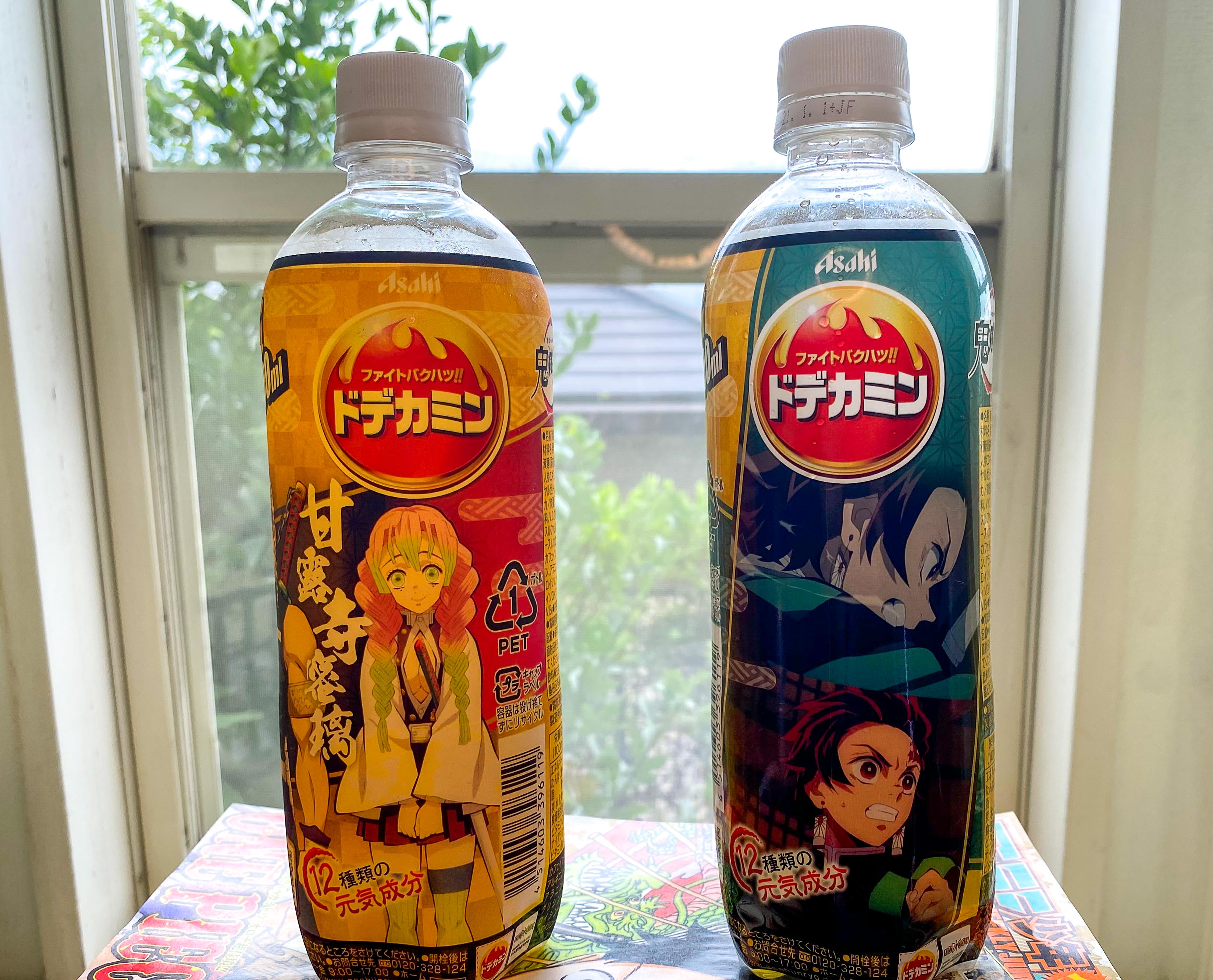 Without the Demon Slayer: Kimetsu no Yaiba branding, I probably wouldn’t pick up the drink again. When you have the likes of Pocari Sweat to refresh you on a summer day, or Coke Energy to give you a quick buzz, drinking Asahi Dodekamin Energy Drink just doesn’t seem worth it. Even if it is the cheapest option.

(All images were taken by Daryl Harding)