FEATURE: Found in Translation - "Thunderbolt Fantasy" Takes On The World

This wuxia puppet show was filmed in Taiwanese, dubbed into Japanese, and simulcast around the world. 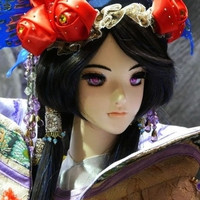 Who’s been watching Thunderbolt Fantasy, the Taiwanese puppet show written by the Japanese writer Gen Urobuchi and streamed around the world on Crunchyroll? Never a day goes past when I don’t marvel at the wonders of modern globalization, but even so, I never expected the day would come when an Australian like me would be watching a Taiwanese puppet show dubbed in Japanese with English subtitles on a North American website. But hey, I’m not complaining! 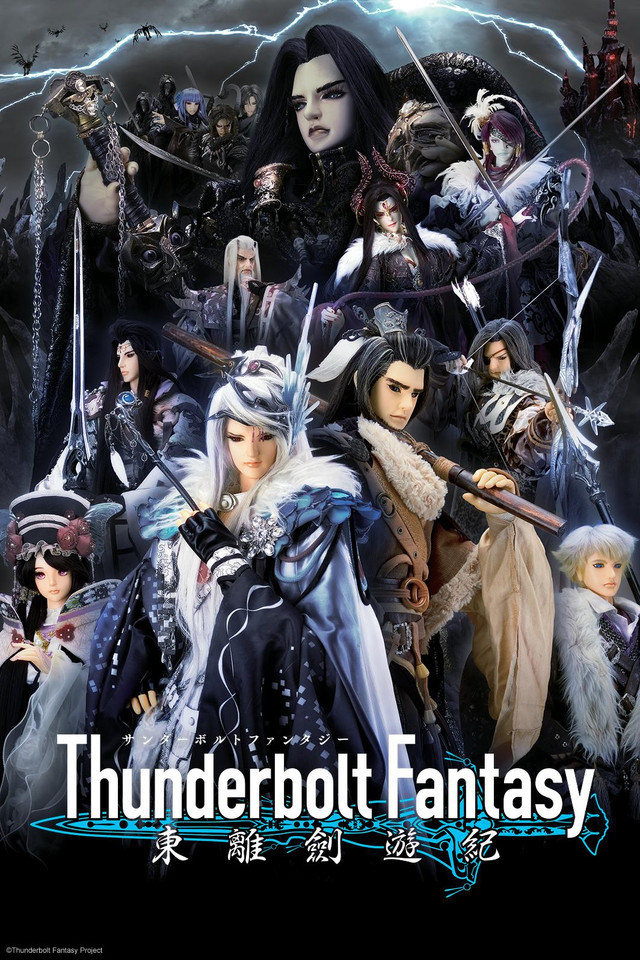 Not only is Thunderbolt Fantasy an entertaining show in its own right, it’s the very epitome of something that is “found in translation.” The close collaboration between Taiwanese and Japanese creators has transformed budaixi (or hoteigeki, in Japanese) puppetry in new and exciting directions. Pili International Multimedia has always specialized in a very distinctive form of budaixi that reinterprets the traditional art form for the new age, but this might be their most ambitious project yet.

That said, I don’t want to run the risk of hyperbole here. I’ve found little indication so far that Taiwanese budaixi has become a global phenomenon the way Japanese anime did. In fact, Thunderbolt Fantasy has found its biggest success among viewers in Taiwan and mainland China, who are already familiar with the wuxia (heroic martial arts fantasy) genre. For many overseas viewers, Thunderbolt Fantasy might seem more like an interesting novelty rather than a gateway into a genre rich with references to Taiwan’s cultural history.

Throughout its entire history, Taiwanese budaixi (布袋戲, literally “cloth bag theater”) has been influenced by external forces. According to legend, it originated in the Fujian Province during the late Ming Dynasty and came to Taiwan sometime in the early 19th century. Unsurprisingly, the plots of budaixi are often borrowed from classic Chinese fiction, particularly the Romance of the Three Kingdoms and Journey to the West.

Historically, Taiwanese budaixi was performed live as popular entertainment at temple festivals, but after the first Taiwanese television station was established in 1962, budaixi began to hit the airwaves instead. However, it didn’t really take off with a television-watching audience until 1970, when Huang Junxiong produced his first television series, called Yunzhou Da Ru Xia-Shi Yanwen.

Not only did Huang’s serial achieve a whopping 97 percent television rating, his troupe was the precursor of the company that would later create Thunderbolt Fantasy. Huang Junxiong, who had inherited his skills from the famous puppeteer Huang Haidai, would hand over the troupe to his own sons in 1994, who in turned established the Pili International Multimedia company. Since then, the company has remained firmly in the hands of the family even while it innovates constantly in order to attract newer, younger audiences. Thunderbolt Fantasy is merely the latest offering from a company that has spent years perfecting its craft. 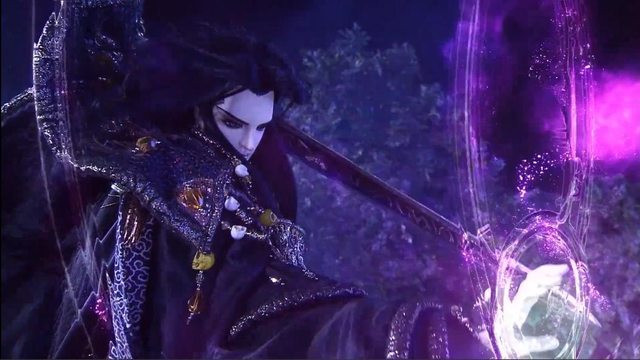 Why Hasn’t Budaixi Caught On With English-Speaking Audiences?

Much like Japanese anime, Taiwanese budaixi is often described as a unique cultural product that blends many familiar influences, yet it has failed to catch on with English-speaking audiences. That’s not for lack of trying, however. Thunderbolt Fantasy isn’t the first time Pili has tried to bring its work to an English-speaking audience. In 2000, they released their first feature-length movie, called Legend of the Sacred Stone. The film found a niche audience among English speakers but otherwise remains obscure.

Then there’s the ill-fated Wulin Warriors, which aired in the US on Cartoon Network in 2006. It ran for a grand total of two episodes before it was brutally canceled, due to a combination of low ratings and an English dub that was so abysmal it apparently drew complaints from the audience. It was the kind of dub that completely changed the characters’ personalities in an effort to remove any hint of “Tawainese-ness” from the material, but not only was the dub itself terrible, there was no way it could remove the foreign flavor from the puppets themselves.

As you might be able to guess from the above paragraph, there are some aspects of budaixi that make it relatively inaccessible compared to something like anime. While anime stories cover just about every genre you can think of, budaixi stories are mainly restricted to the wuxia genre—which is a niche genre in itself. For those who haven’t heard of it, wuxia is genre of Chinese fiction that usually focuses on a knight-errant character who is really skilled at martial arts. Wuxia stories are usually set in a fantasy version of Imperial China and draw from folklore tales, which makes it harder for those unfamiliar with Chinese history to appreciate them.

On top of that, the puppetry itself might be an acquired taste. The digital animation and special effects in Pili’s serials serve to emphasize how “unreal” the puppets are. The effect is completely intended on the part of the creators, and is part of what makes their shows so unique. But that doesn’t mean that everyone will appreciate it from that angle.

What About Thunderbolt Fantasy? 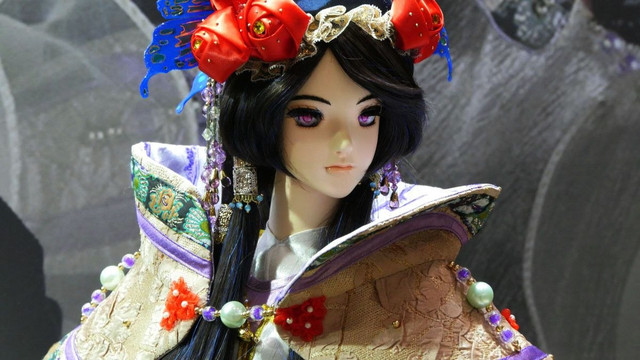 On the surface, Thunderbolt Fantasy is a typical example of a budaixi story. The tale follows a wandering swordsman and a mysterious pipe-smoking man as they protect a girl from an evil, power-mongering clan. The plot is pretty simple and mostly functions in service of some cool action set pieces, which are brought to life with all the flashy special effects that are so characteristic of Pili productions.

In some ways, it’s too typical. One of the most appealing aspects of Pili serials for Taiwanese audiences is that they incorporate elements of social commentary; despite being set in Fantasy China, they say a lot about the issues and concerns of contemporary Taiwan. Pili serials often draw upon familiar wuxia tropes and then subvert them, which can be interpreted as an allegory for Taiwan’s relationship with its pre-colonial past and the changing world around it. It’s hard to write a truly satisfying Pili story without deep knowledge of the wuxia genre and how it has been used for social commentary in Taiwan.

That isn’t necessarily a bad thing, however. Thunderbolt Fantasy was conceived with a Japanese audience in mind, and some of its changes reflect an attempt to make it more accessible to a non-Taiwanese audience. The episode lengths are shorter, each character has a different voice actor, and the character designs are more “anime-like” than usual. The end product is like some sort of budaixi-anime crossbreed, appealing to both Taiwanese and Japanese tastes. 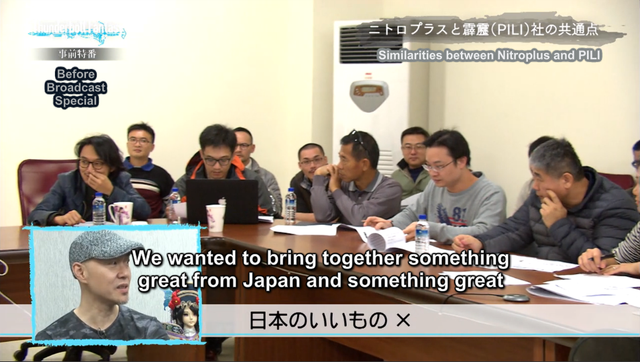 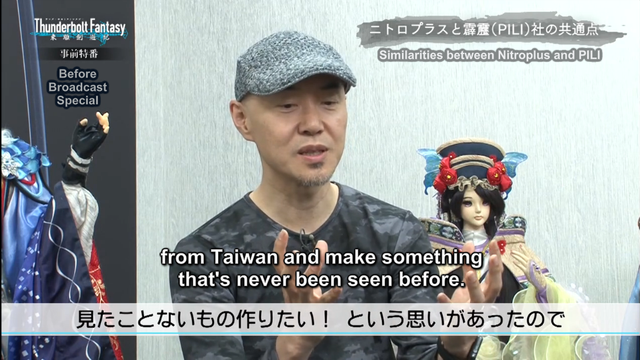 And what about Westerners? Well, the jury’s still out on that one. Nick Creamer recently wrote a recommendation for Thunderbolt Fantasy, describing it as “more anime than anime.” One of the main points of appeal for him was the campy charm. Thunderbolt Fantasy is certainly a fun show with a witty script, but I do wonder if there is something lost in translation here. While I’m glad that it has its overseas fans, the budaixi form has the potential to become much more than an entertaining oddity.

Still, it’s impossible to deny that Thunderbolt Fantasy has reached a wider international audience through Crunchyroll than previous Pili serials have. Arguably, the most important factor for attracting international audiences in the first place was the Gen Urobuchi brand, so we have a lot to thank Mr. Urobuchi for. If you want to get into the fascinating world of budaixi, Thunderbolt Fantasy isn’t a bad place to start!

In the end, while I doubt that Taiwanese budaixi will become as popular worldwide as anime or K-pop, the success of Thunderbolt Fantasy certainly did not come out of nowhere. Pili International Multimedia has been carving out a respectable niche for itself in East Asia for years. The fact that a second season has already been greenlit is great news. For now, let’s cross our fingers and hope that more budaixi finds its way overseas.

If you watched Thunderbolt Fantasy, what did you think of it? Was it your first exposure to budaixi? Has it made you more interested in checking out other works of its kind? Share your thoughts in the comments!