7 Anime Characters That Won’t Be in the New Smash Bros. Game but Should Be

Which of our favorite characters could make a surprising guest character? 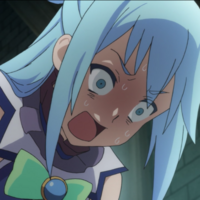 During their E3 presentation earlier this week, Nintendo made the dreams of many fans come true with the unveiling of Super Smash Bros. Ultimate. The new king of the Most Ambitious Crossover crown, the Nintendo Switch brawler boasts a cast of over 66 characters – including the once-assumed impossible Ridley! Clearly, anything is on the cards now, so we have our own suggestions to join the ranks of Mario, Link, and my all-time favorite, the Ice Climbers – even if we know they'll never make their way into Smash glory.

While Dragon Ball Super’s Goku or the cast of My Hero Academia would be the easiest suggestions, gamers will be having plenty of fun with them in the future with Jump Force and My Hero One’s Justice respectively, so let’s think outside of the box a little. 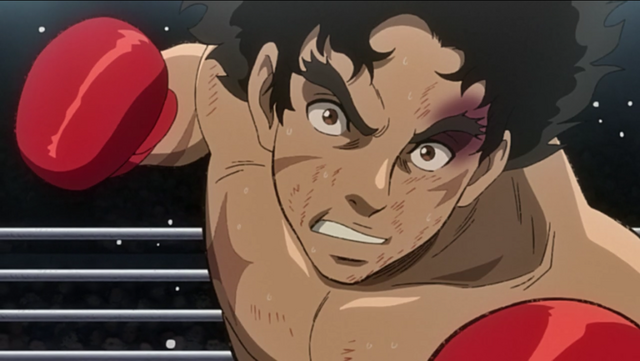 The stray dog boxer has finally fought his way to the prestigious Megalonia, but an even greater tournament awaits: Smash Bros. As someone who’s pushed through his own world to readily face the unthinkable challengers of another, we think he’d fit right in.

While the fighting game series’ roster has only recently accepted Punch-Out’s Little Mac into its ranks, the spunky fighter might be in need of some feisty competition from a ring that’s a little closer to home, and not a towering lizard. As a boxer, Gearless Joe’s playstyle may be similar to Little Mac's, but if Joe’s learned anything from exchanging blows with gears, it’s how to stand his ground. Little Mac can be prone to giant swings that throw him off the stage, but Joe wouldn’t give opponents such an opening. We can leave the gymnastics for a potential Spring-Man addition, because Gearless Joe would be bulkier, take a little while to get going, but throw a mean counter right when it counts.

Besides, why should being too similar to Little Mac exclude him when Masahiro Sakurai openly admitted to the world that Daisy is an “Echo Character” of Peach? 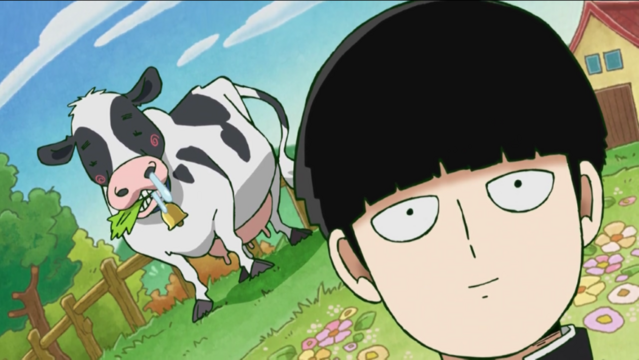 Ness and Lucas are great, but maybe it’s time for a psychic child that audiences actually know about? (Seriously Nintendo of America, where’s Mother 3?).

Mob may not look like a fighter at first, and standing beside Captain Falcon may leave him feeding a bit inadequate, but that’s his whole point! Mob would no doubt be one for the more experienced players, being weak at first, improving on Lucario’s mechanic of getting stronger as his damage rises.

It just so happens that Smash Bros.’s damage percentage counter is a nice thematic fit for Mob too, so the tide of battle could change once he hits 100% damage (although he’d be vulnerable to being punted off the stage like a toy poodle). 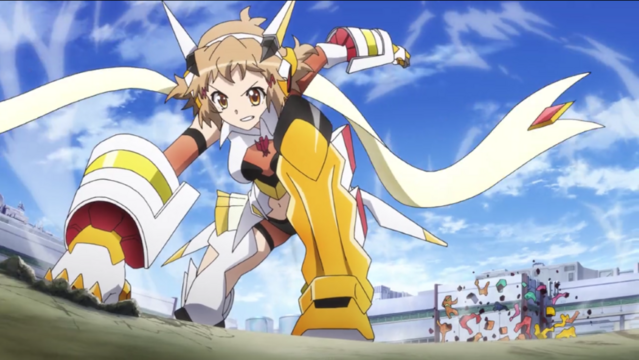 Has there been an anime more criminally neglected by the fighting game genre than Symphogear? A colorful explosion of chaotic action and musical transformations, the series embraces its identity as a ridiculously fun take on the magical girl genre, so it would fit right in with the nonsensical thrill ride that is Smash Bros. (I mean, Kirby fighting Bayonetta?).

And who better to represent this fun-loving franchise than the cheerful protagonist hoping to unite everyone with the power of her fist? The roster is teeming with villains like Bowser, Ganondorf, and Ridley, so why not trust in a fighter who has not only punched through a mountain like it was nothing, but also turned many a villain into an adorable, lifelong friend?

The staggering size and reach of the Smash Bros. series’ compilation soundtracks have always been a celebrated highlight, but perhaps it’s time for the music to become a part of the gameplay proper? In Symphogear, to sing is to have power, so perhaps triggering her character song could not only temporarily change the stage’s BGM, but also give her a power boost? Something like that may be hard to figure out for tournament play due to venue noise, but adding a visual timer like Cloud’s Limit Break meter shouldn’t be a problem. 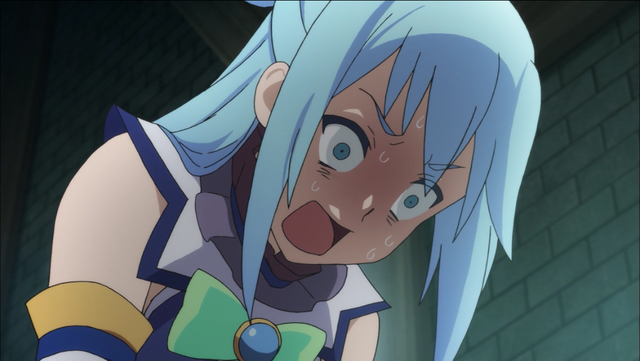 With Kid Icarus’ very own Goddess of Light, Palutena, gracing the battlefield last time, we have just the perfect goddess to disgrace it! [Editor's Note: This is extremely rude!]

As a deity tasked with guiding people to the afterlife, Aqua should be more than qualified to lead the likes of Donkey Kong off the stage, but… let’s be honest here, she’s Aqua. [Editor's Note: This is also extremely rude!] The most she’s likely to accomplish is swarming the stage with unwanted undead or swallowing everyone (including herself) in a tidal wave. That said, she could always call on Megumin for an explosive Final Smash, and I’d quite like to see how her God Blow fares against a Falcon Punch. There’s no way she can more hopeless than R.O.B. or Mr. Game & Watch… right?

Oh well. At least her “Nature's Beauty" water show would make for an amusing taunt... 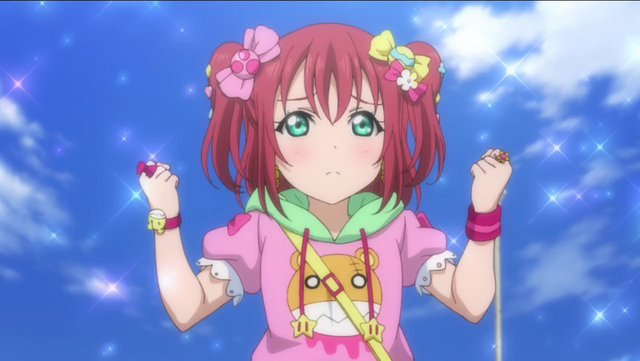 Now, I could have just made a “Nico Nico… Knee Mario in the face!” joke and left it at that, but if we want to introduce idols to the world of Smash Bros., we should bring our a-game with the sweetest, purest school idol Love Live! Sunshine!! has to offer. Someone has to rival Zelda’s new design after all!

Smash Bros. may not always be about the competition, but even casual matches can get heated. If you ever find yourself desperate to knock out a friend’s well-trained main, just doing your best may not be enough – it’ll be time to do your Rubesty!

While she’s shy and not very confident, Ruby has shown that she can achieve great things if she puts her mind to it, so why not invite her to the biggest stage in gaming? 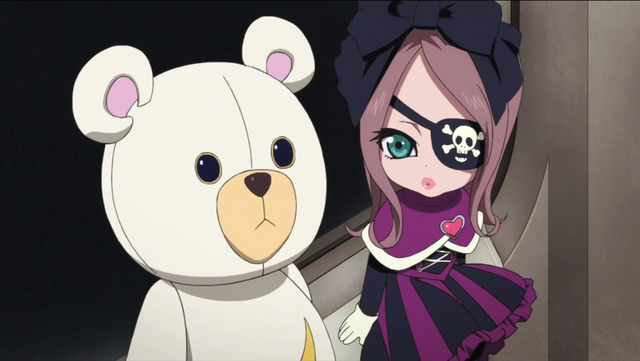 While I’m absolutely over the moon with the return of Ice Climbers, the extra power of the Nintendo Switch could be an opportunity to add another duo of cute characters.

Dolls brought to life by Aoi’s imagination, Roro is not just a bear, but also a beacon of positivity. The less assertive of the two, he offers kind words of reassurance, unlike Mimuji. With a streak of pessimism and a habit of bullying Roro, Mimuji is a more negative presence – but together, they do a great job of balancing the young production assistant.

While the Ice Climbers are similar in behaviour, alternating between Mimuji and Roro could offer a switch in playstyle: Mimuji being more offensive, with Roro having a focus on defense… although he is known to pack quite the punch himself. 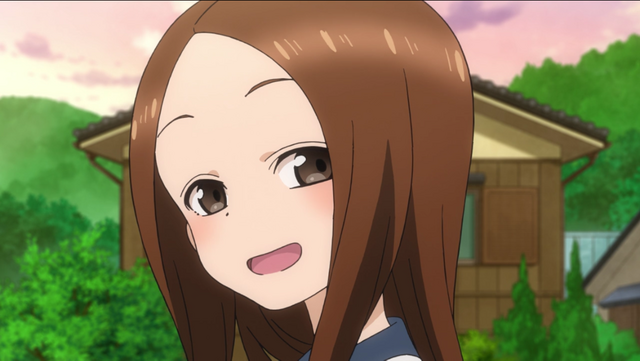 No, I’m not suggesting that a middle school girl should fight Ridley. In fact, I don’t even envision Takagi as a fighter at all. Her strength doesn’t lie in being direct, but rather in the smug grin that has made her a teasing master.

No matter how teasing her smile is, however, a sword is always sharper, and we all know how many sword fighters Smash Bros. has. Instead, I see Takagi as an Assist Trophy whose goal is to torment the players as if they were Nishitaka. Like how the Nintendog excitedly jumps up at the screen, inadvertently obstructing our view with its cuteness, Takagi’s smug smile could stretch across the screen as players struggle to figure out her true intentions, and to fight behind her.

Which anime character would you like to see in Super Smash Bros. Ultimate? Share your wildest dreams in the comments below!