The shiny comedy trope that is seen everywhere 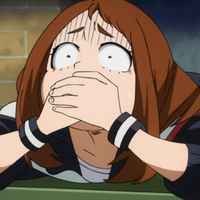 Something that we can all agree on is that throwing up is awful. We all have to deal with, but anime characters sometimes have to suffer while on-screen. Fortunately, anime has found a clever way to save audiences from the unpleasant sight of projectile vomit... but where did the idea for sparkles come from? You can thank one show for popularizing the trope, Tomorrow’s Joe features a scene where Joe vomit mid-fight and a rain of sparkles emerges from his mouth. Sparkles might seem like an absurd substitute for the contents of a characters stomach, but let’s take a look at the reasons why anime prefers rainbow glitter to bile.

Certain anime will push the envelope with grotesque imagery, but for most shows the visual impact of vomit can be too gruesome. If puke enters the equation as a comedic bit, changing what comes out of a character’s mouth can help reduce the audience’s shock. Even if a director wants to show off some uncensored chunks, Japanese television has restrictions on what can be shown during certain time slots. This includes things such as puke, which is why, more often than not, they compromise with a hail of glitter. That way, a scene can still be in a particular show and there’s the added element of humor to go along with it. Even with Tomorrow’s Joe being the catalyst, it is still a good way to get around network censors.

Of course, another way to skirt around the issue is to just imply the act, such as with Steins;Gate 0, which can work better in more serious circumstances. When Okabe is about to vomit he runs off screen and does it, he is shown from the back while it happens, or he is able to calm down and have nothing happen. These scenes would not benefit from becoming more comedic as the shift in tone would not work. In this case, it’s best to let viewers know what he’s about to do, but not actually show the result. 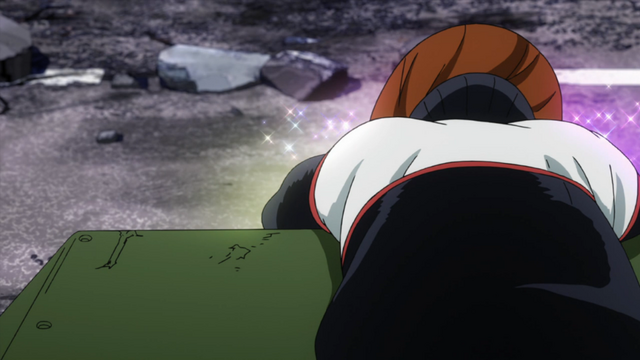 There’s also a safety element to not showing characters actually throwing up on television. Seeing someone puke can set off a chain-reaction of throwing up which could have disastrous consequences for families watching at home. Most studios wouldn’t want to be in the news for causing a widespread vomiting event and have that be what people associate them with.

Vibrant and colorful puke is a strange thing to associate with certain characters and not something they would want to have attached to them. Ochako Uraraka from My Hero Academia has the unfortunate side-effect of nausea whenever she uses her quirk “Zero Gravity”. This is seen early on in the series when she saves Izuku from falling and then subsequently throws up some version of sparkles and rainbows. It allows the audience to see her nausea in action, but saves them from the grossness of actual puke. Instead of a moment to be dreaded, Ochako vomiting became a comedic moment the first time it’s shown, it’s a bit of a surprise gag. 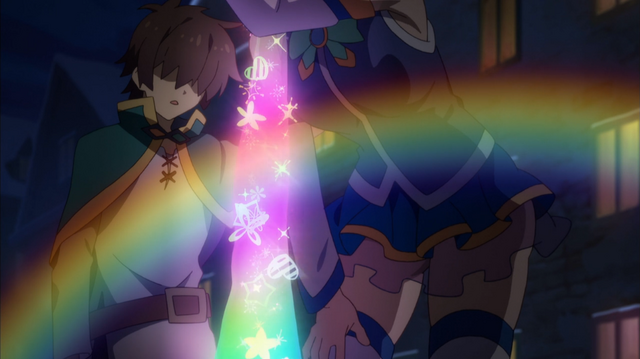 Of course, one of the main reasons you’ll see this in anime is for its comedic value. KONOSUBA’s Aqua has to expel rainbows twice due to being unable to consume large amounts of alcohol. This happens in the series premiere and again in the third episode of season 2. In fact, Studio Deen upped the special effects the second time by making it more bright, vivid, and with added shapes that are somehow able to come out as well.

Thanks to glitter and rainbows, puking has entered into the mainstream and often emerges a few times each season, including recently. HINAMATSURI has Sabu throw up a sparkly style of puke after Nitta is placed in cement. The scene works for humor especially with the noise Sabu is making when the sparkles come out. If Magical Girl Ore proves anything, it’s that bad singing can cause people to vomit sparkles. Which is probably not a good sign when you’re an idol group going to karaoke to train. For something that originated from a less comedic series, it’s intriguing to see that the more commonly associated form of the sparkling anime puke trope is now with comedy. 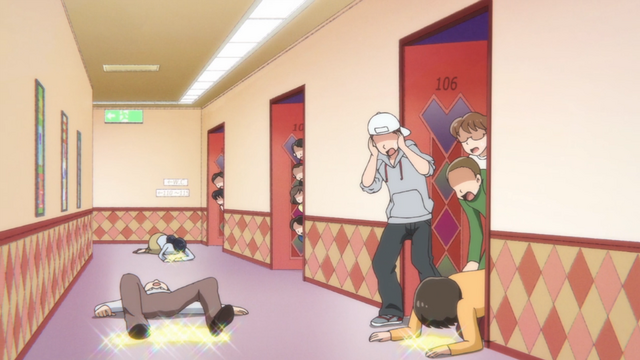 It’s not just action, magical girl, or comedy series that take on the trope. Even shoujo gets in on the sparkly fun, too! MY love STORY!! uses this following a very emotionally charged scene with Takeo and Suna after Suna’s dad is in the hospital for surgery. Once Takeo violently shakes the results of the surgery out of the doctor, he precedes to stumble away and throw up sparkles, which have also been pixelated. Similarly to the previous examples, it works well as comedy, especially coming off a scene that’s pretty serious in nature.

Given the commonality of the trope, you’re going to see people throwing up in this way. As long as people still enjoy seeing it as a joke or a way to maneuver around letting people see actual vomit, sparkles and rainbows will continue to come out of character’s mouths. Now you know its origins from a boxing anime to becoming a popular trope throughout all of anime! What are some of your favorite uses of this trope? Let us know if there’s one you really enjoyed that I didn’t discuss.