FEATURE: One Piece Develops Its Story Like A Roleplaying Game

Let's explore how the mechanics of roleplaying games enrich One Piece's narrative! 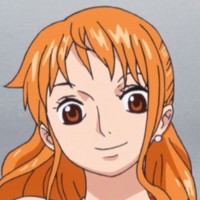 Hello everyone, and welcome back to Why It Works. Lately I’ve been wondering, as I often do, about how exactly One Piece is so dang good. I’ve recently surged past the show’s time skip and into Dressrosa, and if anything, One Piece actually seems to still be improving as Oda weaves ever-more-complex stories of hardship and glory. The immediate answers are as obvious as they are useless: “Oda’s a storytelling genius who’s evolved alongside his masterpiece,” or “it’s a confluence of a million factors that all collide in this one property.” But over time, certain trends have begun to emerge, narrative maxims that consistently elevate One Piece’s drama. Today I’d like to explore one of those trends, in particular, one that actually seemed most clear to me in game design terms: scripting for the party, not for the hero. 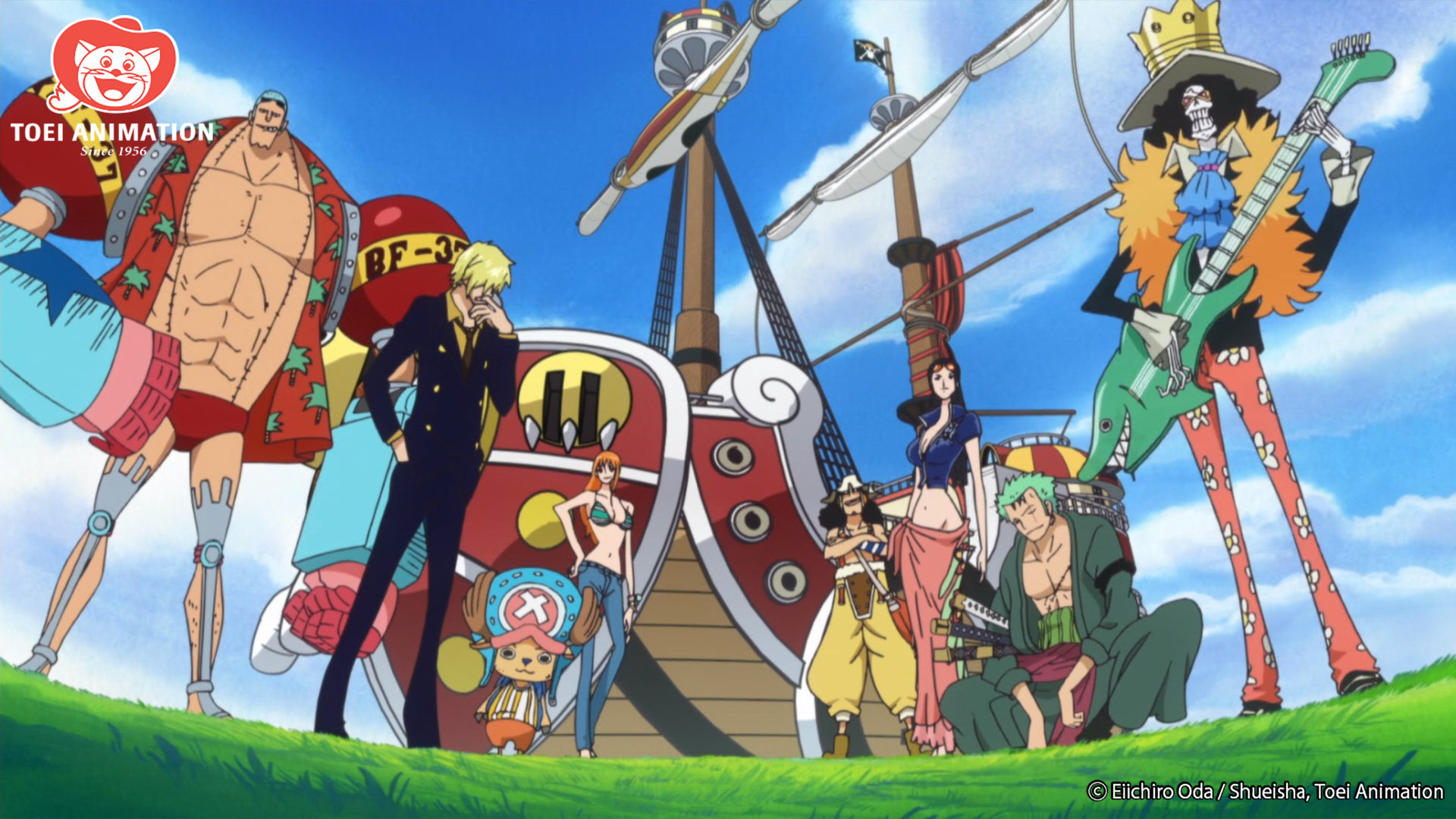 Along with One Piece, my other biggest discovery this year has been the fun of tabletop roleplaying games. Part game design and part collective storytelling, roleplaying games seem perfectly calibrated to capture my interest — but of course, once you’ve captured my interest, you’re inevitably going to earn my critique as well. And thus I’ve been studying the form of the dungeon master, assessing the pitfalls of attempting to keep a party entertained, and learning the importance of making sure each member of your group feels valued and important. No one wants to feel like they’re just carrying the loot; to conduct a satisfying tabletop RPG, you must make sure each party member feels somehow essential.

Transpose this lesson over to narrative design and you can easily see how One Piece shines. In both tabletop games and One Piece, the question is not “what will the hero do,” but “what will the party do,” and what tasks will be assigned to each of its subordinate members. Though some members of your party will likely be strong physical combatants, others won’t be — they might provide support through their charisma, or their mechanical expertise, or simply by playing music to entertain their companions. Usefulness to the party is not measured by straightforward physical strength; a party needs mechanics and rogues and negotiators, to tackle all the myriad conflicts that involve investigation, diplomacy, and anything else that’s not strictly combat-oriented. 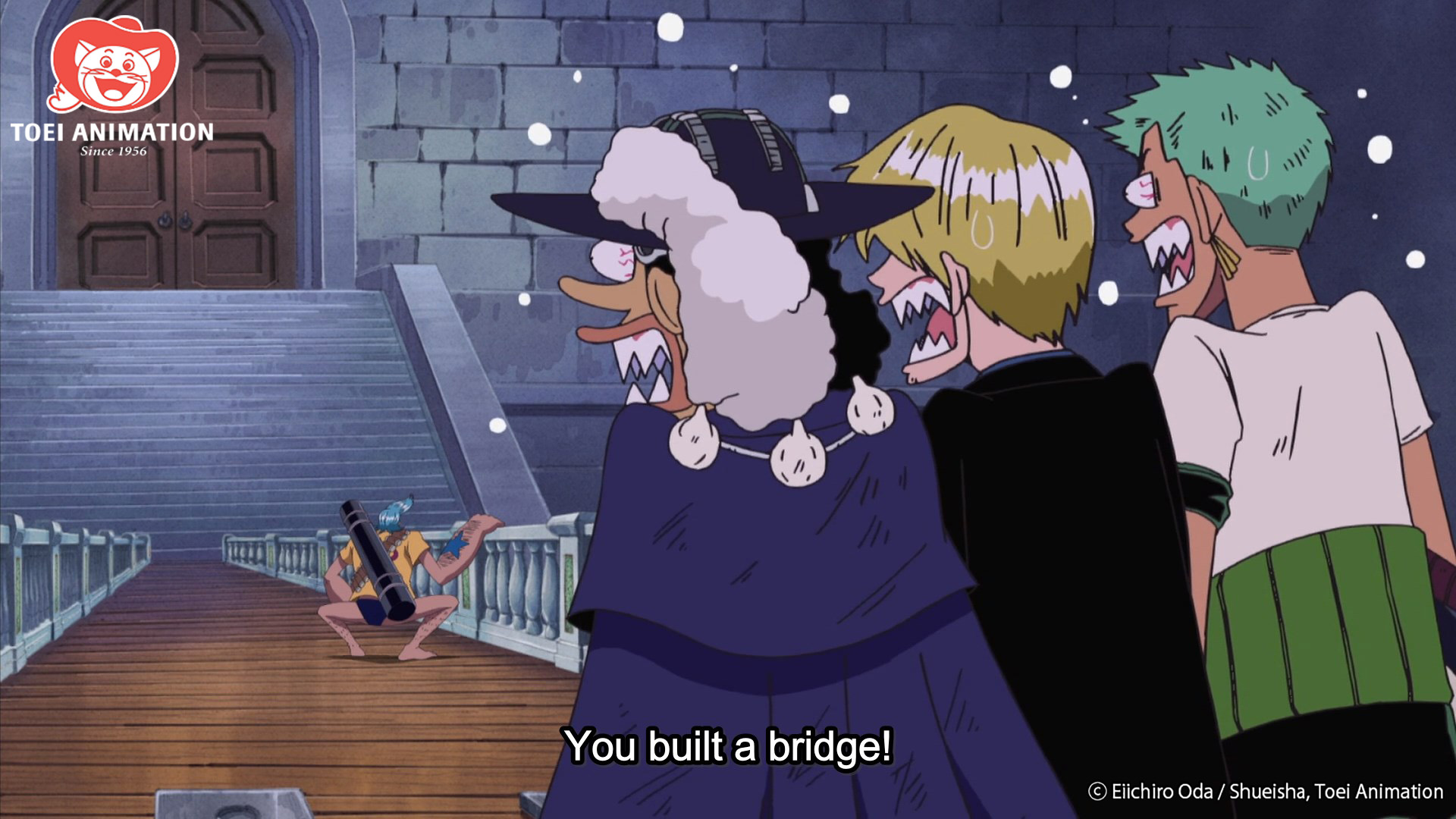 Glancing over at One Piece, you’ll see it’s full of such distinctive side characters who could never handle Luffy-scale physical opponents but who are nonetheless essential to the crew’s operation. It’d be easy for such characters to be brushed aside and made irrelevant in a narrative sense; if your only method of narrative escalation is “they fight an even tougher guy,” then eventually only your cast’s top warriors will matter. But just like a good dungeon master, Oda understands that such a story would be simplistic, unsatisfying, and a discredit to the value of Luffy’s crewmates.

As a result, his narratives are carefully designed to employ these strengths. Rather than framing itself as a series of straight battles, One Piece’s arcs frequently engage in lengthy sequences of stealth, reconnaissance, negotiation, bonding, and plenty of other non-combat conceits. Through this diversity of dramatic hurdles, Oda is able to put his diversely skilled cast to essential use, even as the overall scale of their threats keeps increasing. Rather than being something the narrative is “forced” to do, this necessity of purpose actually enhances the overall narrative. This approach keeps the drama more fresh and creative than a straightforward series of battles and integrates key beats like “the heroes come to respect this island’s oppressed citizens” into the fundamental proficiencies of the Straw Hat crew. 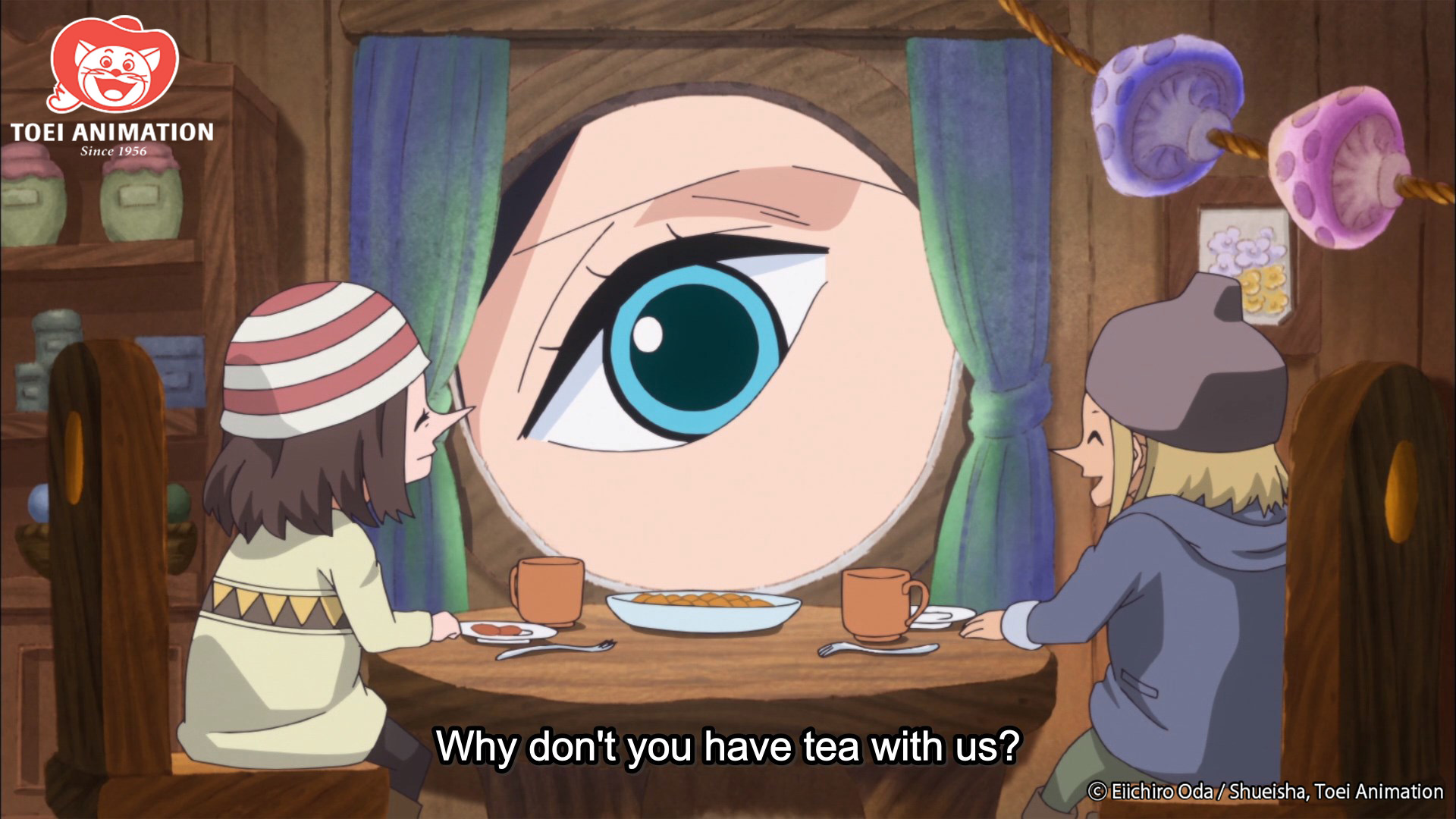 So then, how do you portray growth and dramatic escalation when half your party can barely throw a punch? As both One Piece and tabletop games understand, you must find ways for your characters to grow laterally. Instead of embracing the strength-based values of their companions, they must branch out in directions that further embody their specialties. In games, this makes everyone in the party feel valued and unique. In One Piece, it means they never step on each other’s narrative toes, as Usopp “getting stronger” is a fundamentally different thing than Chopper or Nami getting stronger.

Robin might “get stronger” by discovering some ancient relic, while Usopp might embrace a new culture’s technological innovations and Zoro meets a master swordsman. Of the three, only Zoro’s will apply to future battles — but the team will surely come across challenges that require Robin’s new cultural insight and integrate Usopp’s new tech proficiency into their ship’s operation. This diversity in the party’s manner of gaining strength adds complexity to the narrative, gives the audience a wide variety of things to cheer for, and maintains the key differentiation between the show’s cast members. When Usopp discovering some weird wind-up toy can present as big a rush as watching the hero unlock a new tier of strength, the incentive to keep juicing the hero is far less urgent. 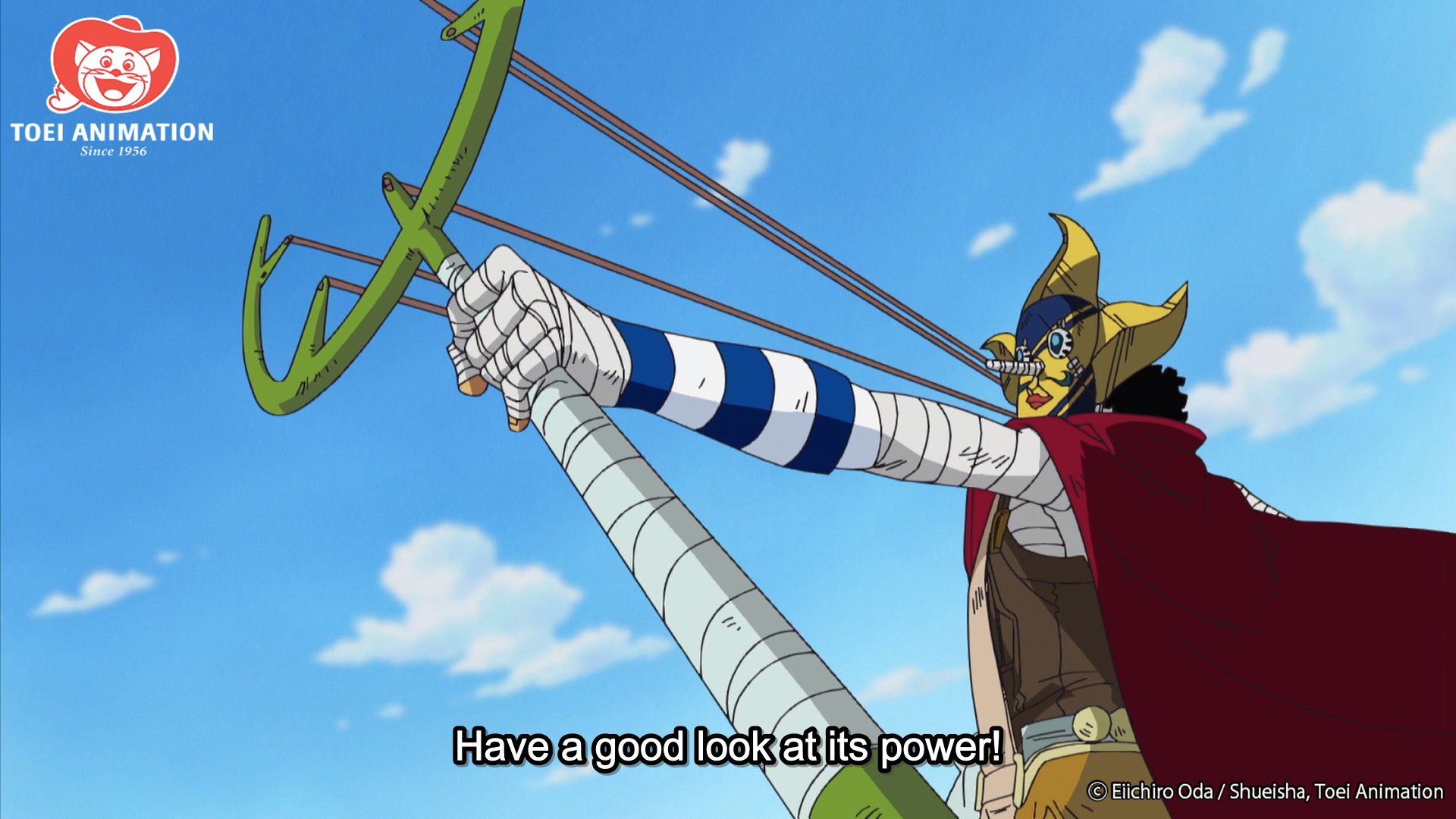 In action anime, it can be easy for the main character to eventually “outscale” his compatriots, as his specific destiny and central position end up empowering him in the only way the story measures value. In a tabletop campaign, if the main warrior is the only one gaining the glory, the other players will lose interest. The trick for a dungeon master is to make sure every member of a party feels valuable, powerful, and rewarded in their own way — by applying that same logic to the Straw Hats, Oda ensures the whole party feels like a meaningful team, rather than a hero and his followers.

One Piece’s style ultimately feels like a self-supporting feedback loop of good storytelling. Emphasizing party-based drama naturally circumvents the common problem of action shows, where a perpetual need to challenge an ever-stronger main character ends up invalidating all other forms of conflict. In contrast, One Piece’s need to provide reasonable conflicts for its whole crew means Oda can’t fall into this pitfall, and must instead construct whole island societies that allow skill sets like Nami’s or Brook’s to shine. The unequal nature of the Straw Hats demands equal flexibility in envisioning conflict, preventing One Piece from ever feeling like a hollow procession of fight scenes. 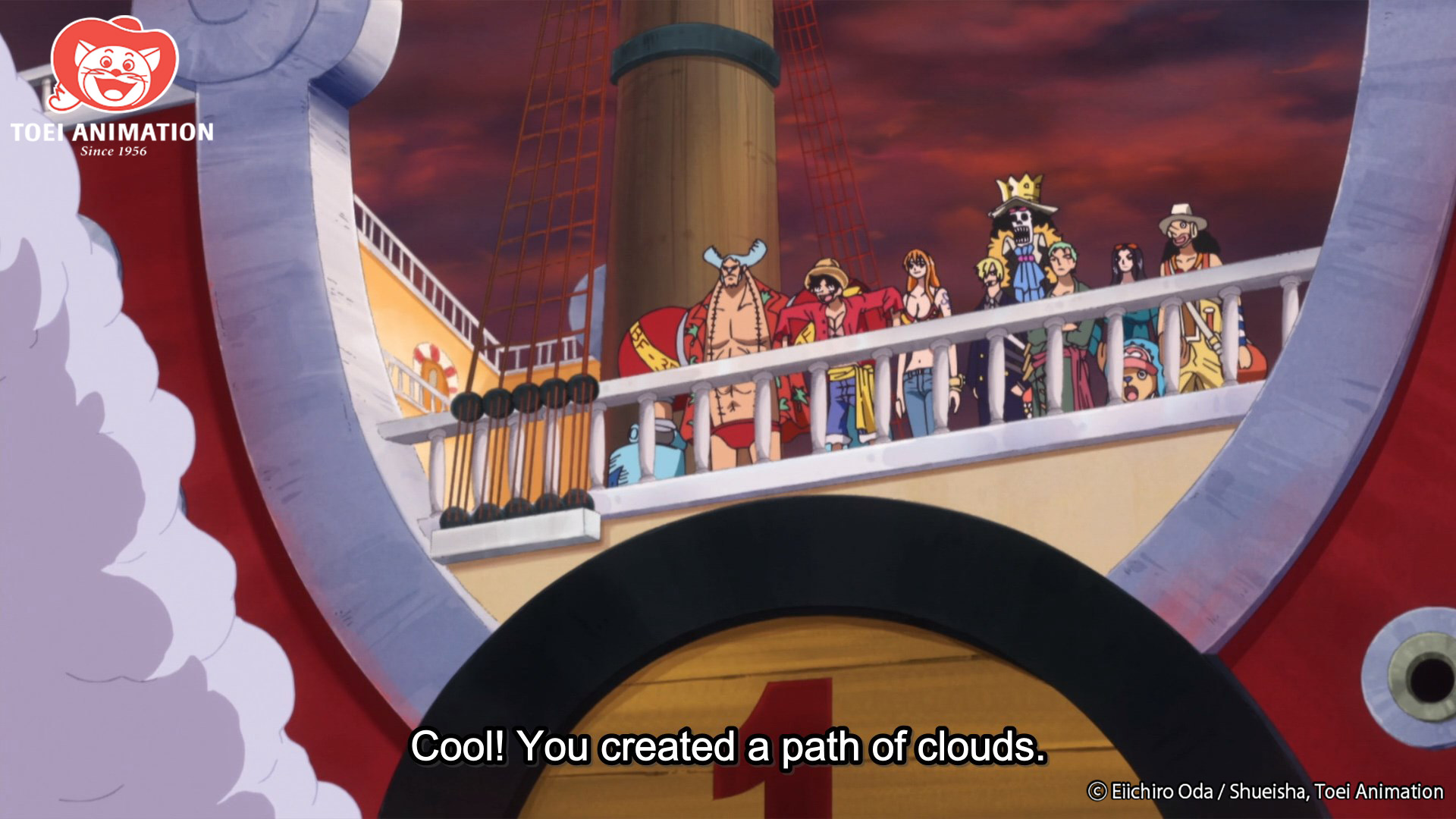 Obviously, the principles of narrative and game design are quite distinct, but in this respect, I feel like examining One Piece as a tabletop campaign helps illustrate why its drama is so appealing. One Piece feels “gamified” in a way that makes the audience feel like they’re riding alongside the Straw Hats, equally eager to explore the quirks of each new island and equally valued within the team. If you only envision conflict as combat, your story will be poorer for it. By embracing the diversity of the Straw Hats’ strengths, Oda ensures One Piece has a broad and enduring appeal.