Both to be animated by XEBEC 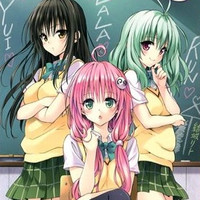 Further adding fuel to the "How are they going to air it?" fire, the 19th issue of Jump Square, on sale 4/19, reveals that the previously announced anime adaptation of To Love-Ru Darkness is actually going to be both a TV series and an OAD.

There will also be a TV series which will air sometime after the OAD is released, but is not specifically dated. Both the OAD and the TV series will be animated by XEBEC with Motto To Love-Ru staff Atsushi Ootsuki directing and Yuuichi Oka doing character designs.