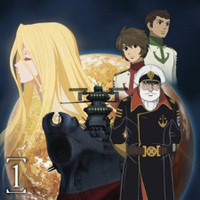 In an increasingly less novel approach to releasing anime, Space Battleship Yamato 2199 is being screened in Japanese theaters, with a limited Blu-ray release available then and there, followed by later streaming/wide Blu-ray releases. Gundam UC and Code Geass: Akito of the Exiled are doing something simular.

Space Battleship Yamato 2199 episodes 1 and 2 ("Messenger of Iscandar" and "We're Off to the Sea of Stars") hit Blu-ray on May 25th, while 3-6 open in theaters June 30th. Get a look at the two bridging episodes below.

"We're Off to the Sea of Stars"