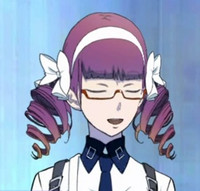 Last week we posted the first volume of Lost Dimension gameplay videos, showing the various abilities of its protagonist, Sho Kasugai, and some of the other characters. Now FuRyu and Lancarse are back with a follow-up, with more of the group of psychic youths known as S.E.A.L.E.D. getting in on the action.

The video below shows Mana Kawai's psychic ability Accelerate along with her Ultimate Mode that wipes out all the baddies; Marco Barbato's Telekinesis that can pick up and crush enemies; and George Jackman's Psychometry, which takes abilities from others and pairs nicely with his katana-wielding attack style.