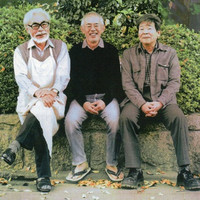 Netflix has begun streaming The Kingdom of Dreams and Madness (under its Japanese name Yume to kyôki no ohkoku ), a documentary that focuses on the acclaimed anime production company Studio Ghibli, and its directors Hayao Miyazaki and Isao Takahata with the producer Toshio Suzuki. It was filmed during the time of the production of Miyazaki's The Wind Rises and Takahata's Princess Kaguya.

The documentary is directed by Mami Sunada, who is famous for her 2011 documentary film Ending Note that focused on her father dying from cancer, and recently filmed the promotional video for Yumi Arai's "Hikoukigumo," which was used as the theme song for Miyazaki's The Wind Rises.

SYNOPSIS: Granted near-unfettered access to the notoriously insular Studio Ghibli, director Mami Sunada follows the three men who are the lifeblood of Ghibli – the eminent director Hayao Miyazaki, the producer Toshio Suzuki, and the elusive and influential “other director” Isao Takahata – over the course of a year as the studio rushes to complete two films, Miyazaki’s The Wind Rises and Takahata’s The Tale of The Princess Kaguya. The result is a rare “fly on the wall” glimpse of the inner workings of one of the world’s most celebrated animation studios, and an insight into the dreams, passion and singular dedication of these remarkable creators. Plus you get to meet Ushiko, the adorable Studio Ghibli cat! 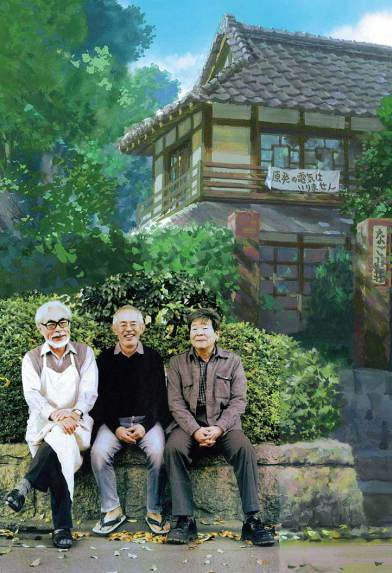